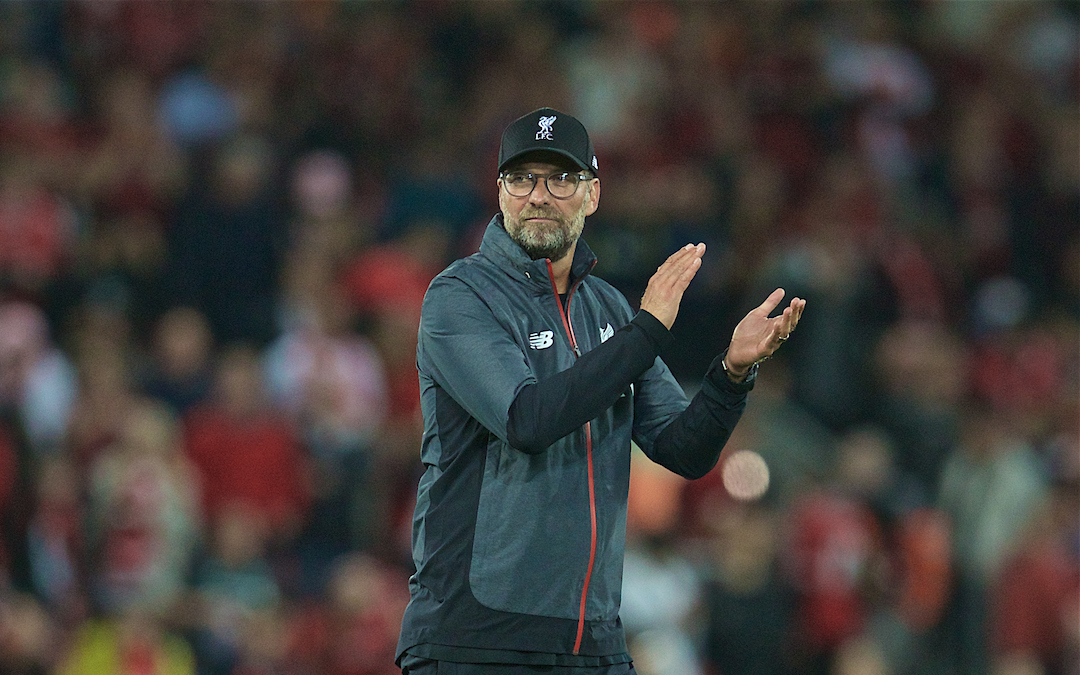 Jürgen Klopp said he wanted us to forget about Madrid after pre season. Well soz abar us.

Anfield wanted a party and the players wanted to entertain. A celebration of brilliance and excellence was what we were served up and what the crowds wanted. We weren’t disappointed.

Goal after goal went in the net in front of the Norwich City supporters in a sobering return to the Premier League. The funny thing was that Norwich played well but Liverpool played better.

Norwich were braver than most teams will be at Anfield but were taken apart not by playing out from the back, which they did, but Liverpool playing from the front, which they couldn’t handle. There were few mistakes, just plenty of shrugs. What the fuck are we meant to do about that? About them?

Liverpool scored four and if their lives depended on it could have scored 10. There will be concerns for Jürgen Klopp, not least the number of chances Norwich managed to create themselves, but also so many positives.

This is a side so clearly hungry for more. That doesn’t want to be a one-off cup winner but a serial medal collector. That’s how you cement yourself in Liverpool’s history. This side aims for immortality. They are hungry for so much more. 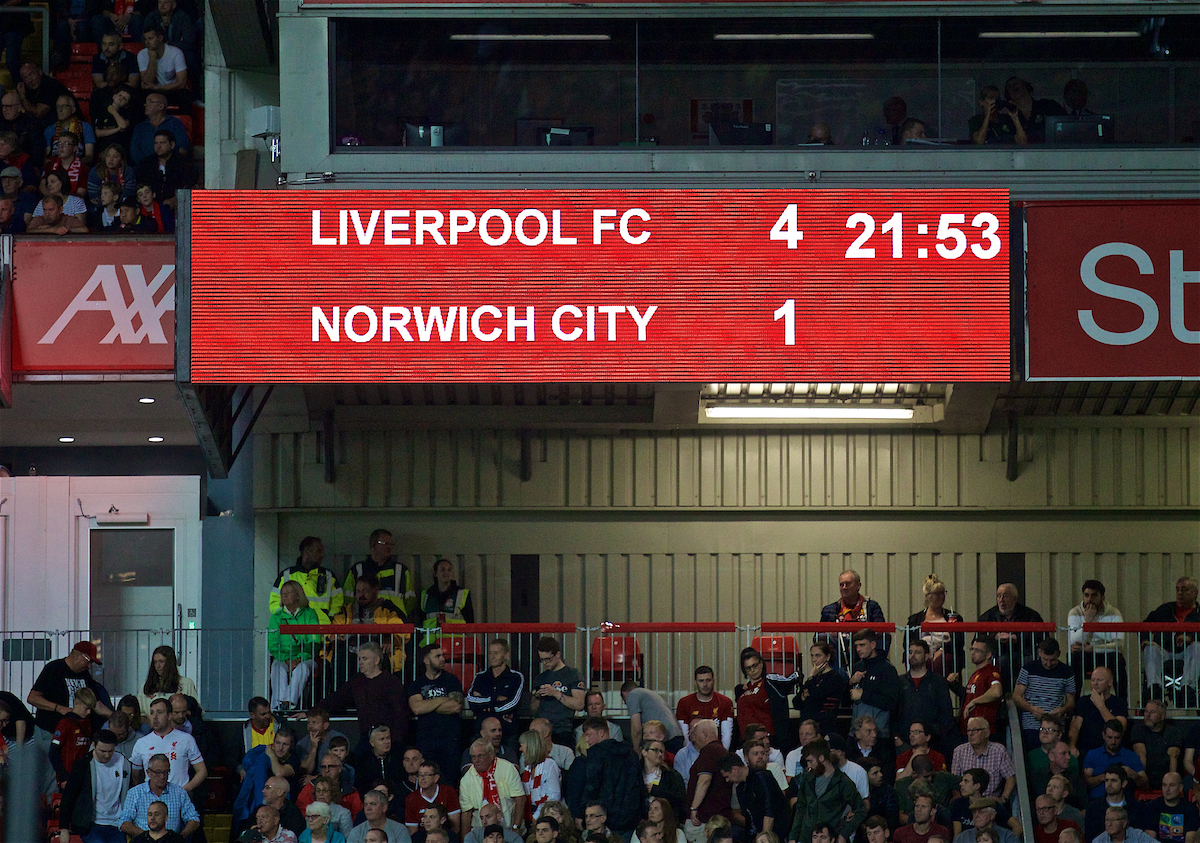 They are talented enough to achieve it. They can almost do whatever they want. Almost, as there is a team 30 miles away who are just as determined but with more resources. A team that gets angry at the suggestion of buying glory and then casually drops another £120m like it’s nothing.

It must feel like a cruel joke. To be fighting a nation with so much determination. But this is the situation we find ourselves in. The manager has no interest in complaining and neither should we. We are Liverpool. We fight what’s in front of us.

It’s crazy that we feel more likely European champions than English ones. But these boys believe and are ready. To end the 30-year wait no one could have expected back in 1990 and achieve the glory that will see us out for a month. Thirty-seven more games. Maybe 37 more wins. Who knows.

Mo Salah is off the mark. Divock Origi might score forever. We haven’t even seen Keita, Oxlade-Chamberlain, Matip and Lovren yet. And people say we have a weak squad…

What that squad achieves the future will tell us. But whatever happens I’ll remember that moment when we were 4-0 up before half time and everyone got to celebrate the best team on the planet in glorious song.

Come and adore them. They’re the kings of Europe.