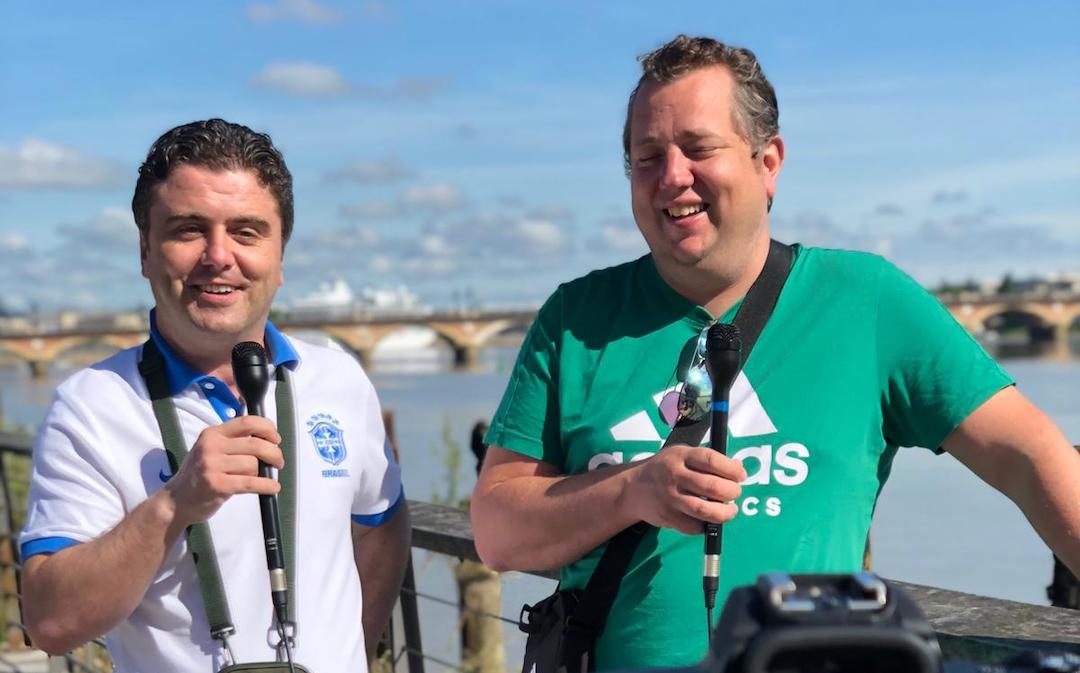 IT’S day two on the bus. Or is it day three?

It starts to get hard to tell, to be honest. There is time and there is the bus. Suns rise and suns fall and the bus keeps on going.

Between 1am and 11pm on Wednesday we were on a bus moving towards Madrid, save for a few stops for food and so Craig could go to the toilet.

We stayed in Bordeaux last night, where we had dreams of fine wine and loose living. By the time we got there we had a takeaway pizza and went straight to bed. The city of Bordeaux remained untroubled by The Anfield Wrap boys. There was no need for French fathers to lock up their daughters.

But today is another day and it’s amazing what a decent night’s sleep and a shower can do for a group. After some filming by the river this morning, a nice breakfast and a trip to the supermarket to buy enough wine, bread and cheese to open up a small bistro on Castle Street, we now head to Bilbao with new life and purpose.

That eventual purpose, of course, being to bring the Champions League trophy back to Liverpool. It’s funny how it somehow becomes your responsibility. I feel like the 11 people who are staying in Liverpool this weekend have all said it to me before I left on the bus three weeks ago.

“Make sure you bring the trophy back with you, lad.” Added pressure I don’t need, to be perfectly honest. I’m stressed about it all quite enough.

Only stressed because I really want this team to finish this magnificent season with a trophy. For all of them and all of us. I feel like I need this one more than I have needed any of them in the past. But maybe I always feel like this and you just forget once it’s all over.

You remember the ecstasy or the heartbreak. The celebrations or the tears. You forget about this bit. The desperation, the worry, the need. The excruciating buildup to our favourite leisure activity.

By Saturday I’ll be fine whatever. Bouncing round Madrid with everyone you’ve ever met drinking cerveca and singing Liverpool songs in the sun. I’ll remember that this is actually what it’s all about. Being proud of Liverpool and be proud to be from Liverpool at another European final. What could be better?

But until then we are on a bus hurtling through the south of France and I’ll largely be thinking “yes we should win, but what if we don’t?” And then reaching for more drink.

I’ve got the right people with me to reassure me when I need it. The people who I’ve lived this all with and talked about this all with all year and longer.

Well, at least until we have to get this bus back home.

Made up to have had Kenny Dalglish, Jamie Carragher, Jordan Henderson, Alex Oxlade-Chamberlain and more on The Anfield Wrap recently, previewing ANOTHER Liverpool European Cup final…