Is Jürgen Klopp Right Not To Worry About Mo Salah’s Dry Spell? 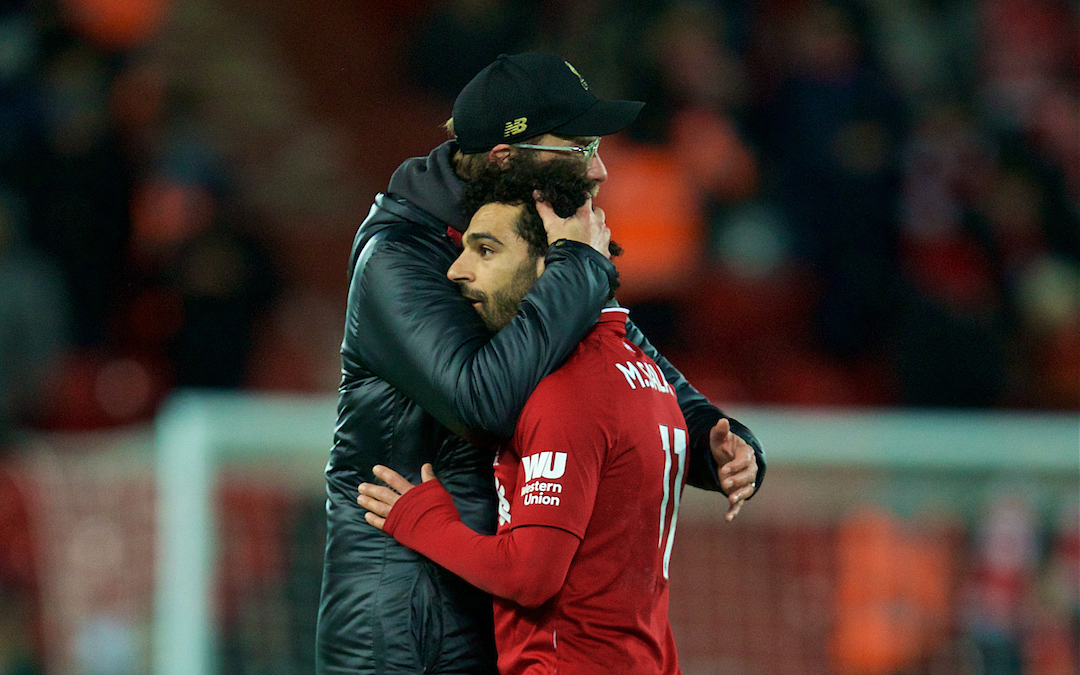 He was inevitably asked about the form of Mo Salah. That’s what happens I suppose when your superstar forward hasn’t scored in eight games. It’s going to get attention.

As ever, Jürgen seemed relaxed about the whole thing, saying: “He doesn’t seem to be bothered that he hasn’t scored in a few games, and I’m not. As long as we work together and do the right things, he will be fine.”

But if you look at the stats there is evidence that it has started to bother Mo. That he is doing the “right things” a bit less and trying a bit too hard to rectify the situation.

For a start he is taking way more shots. According to StatsBomb, this season Mo Salah averages 3.34 shots a game in the Premier League. Since the start of March this has increased to 4.05. The problem is the extra shots are not in areas that he is statistically likely to score from.

The average expected goals of each of Mo’s shots in the last month have been 0.08, compared with 0.13 for the entire season. Basically he has started blamming it from everywhere.

This blamming it from everywhere also has a knock-on effect on other areas. He’s become less creative in the league, too.

Expected assists measures the likelihood that a pass will lead to an assist. Mo Salah averages 0.24 expected assists per 90 minutes this season. Which means if his teammates shoot as they are supposed to he should have an assist every four games. Since the beginning of March this has fallen to 0.05. So one assist every 20 games.

In working so hard to try and score he also seems to be working less hard in other areas too. The number of times he presses an opponent per game has fallen from a season average of 17 times per game to just 12. He’s turning the ball over more and taking more touches per shot. Which suggests he’s being less instinctive and more ponderous on the ball.

All in all he’s just not being very Mo. Of course he isn’t the first forward to snap at a few shots when he hasn’t scored for a while, nor to try a bit too hard to score when he is going through a dry patch. But it will be a worry for Liverpool that so much of the rest of his game seems to be suffering too.

“The answer for problems in football is always work rate. Do it again and again, as much as you can, as fast as you can, and the ball will one day bounce in your direction.”

Basically, it’s the old adage of keep doing the right things in the right areas and things will go for you.

Mo just needs to remember what those right things and right areas are. And he will. He’s been through worse than this…

Poor lad had to play for Chelsea.

(Nice one to our partners StatsBomb for providing the figures.)

“Just because Salah’s not scoring doesn’t mean teams aren’t terrified of him, and that frees Mane up to do what he’s doing.” 👏