On The March In Munich: TAW Travel Diary – Day One 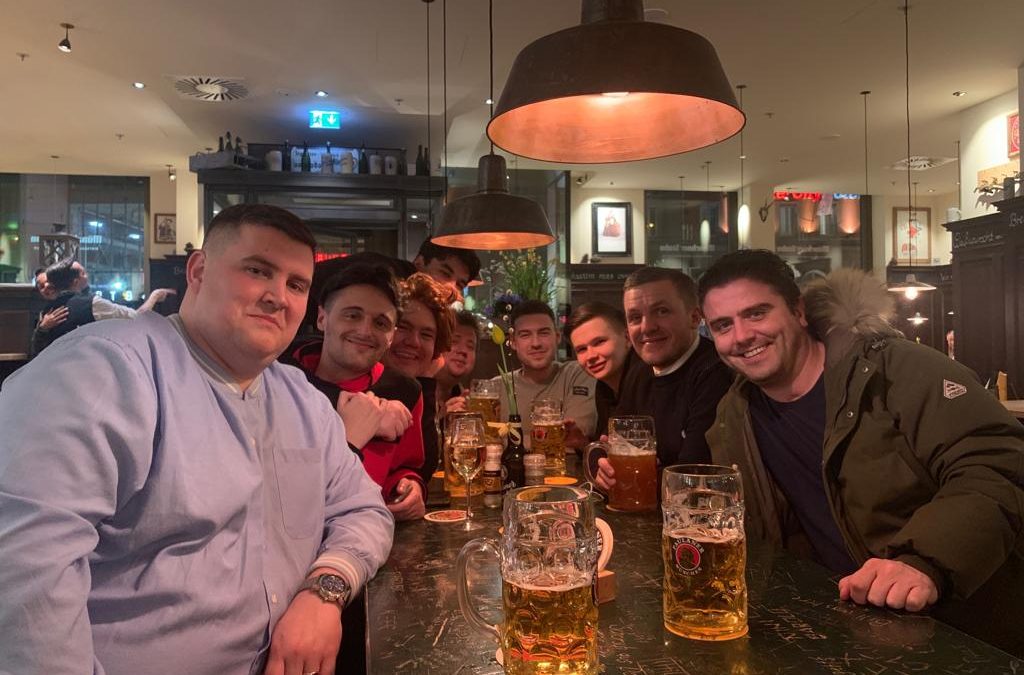 With the intensity of a league title challenge threatening to push us all to breaking point, it’s nice to get chance to breathe, take a step back and appreciate the scale of what this team is achieving.

Most supporters would tell you they want to win the league above all else this season, myself included, but these nights on the continent still stir us like no other.

Nothing compares to this. Experiencing places you haven’t before, seeing lads you know from the match and following this great gang of Reds.

Our team of 10 Anfield Wrap heads arrived into Munich by train last night, having caught a flight from Manchester to Nuremberg packed with excited Scousers.

Once we’d arrived and freshened up, we headed to the nearest beer hall and filled our boots on Jaegermeister and steins. Today’s been no different.

Some of the lads recorded our Champions League preview podcast Under The Lights on the train last night and this morning we’ve boxed off a Talking Reds, a Preview video and even a nice little chat with CEO Peter Moore.

Everybody here is looking forward to seeing what this latest European adventure holds. Munich has had great ale and nice buildings so far but I’m sure there are going to be some boss memories to go along with that.

This past 12 months have been the first time in my 23 years I’ve been able to properly soak up the sights and sounds of Liverpool conquering Europe.

Whether either happens this season remains to be seen. But I’m going to enjoy myself as much as possible in the meantime.

The Reds are on the march in Munich. I wouldn’t wanna be anywhere else.

“We’re all focused on the League but European football is amazing.

Tomorrow night is going to be spectacular.” 👏