On The March In Munich: TAW Travel Diary – The Finale 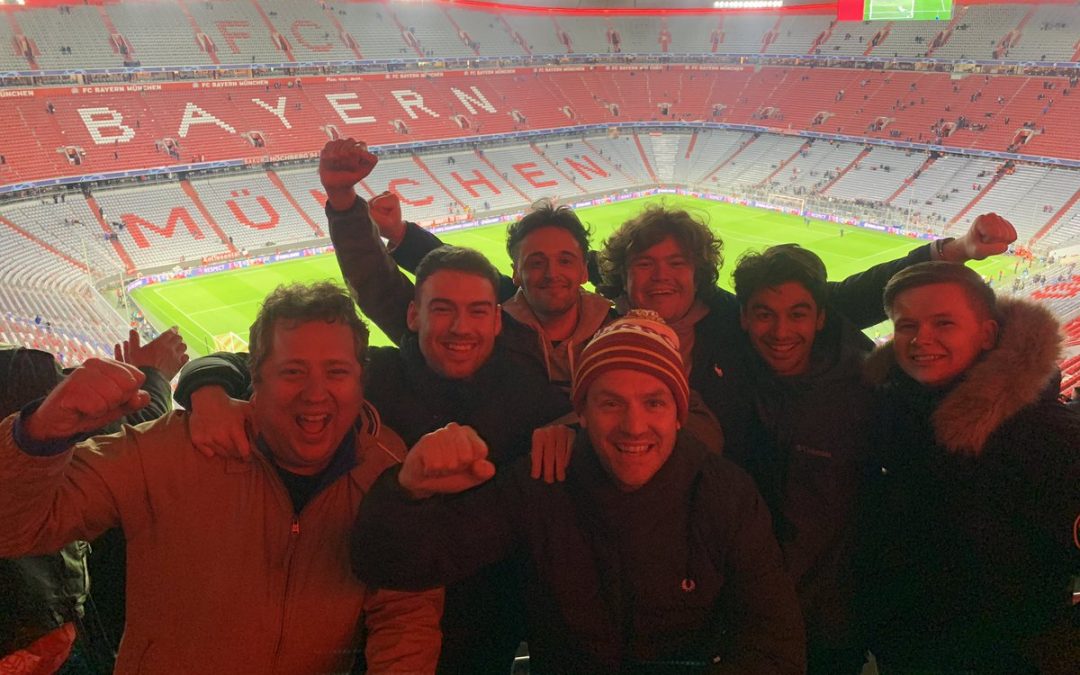 SO is this just what we do now?

Thousands of scousers taking over a European city, painting it red, drinking it dry and making it dance to the tune of Dirty Old Town or one of the other modern classics.

The lads on the pitch doing the business. Them doing it for us. Us doing it for them. Stood in an arena thousands of miles from home but feeling like it was your own back yard. Surrounded by the best company. In the presence of one of the best Liverpool teams — the absolute best in my lifetime.

I was supposed to write one of these yesterday. To tell you how we were getting on conquering Munich, painting it red, drinking it dry and making it dance to our tune. But I didn’t get chance in between actioning all that. And besides, John Gibbons did a good job of it in his pre-match column.

Instead, I’m writing this as we leave Munich for Prague by mini bus (obviously). From there we’ll catch a flight back home. Hopefully Ryanair’s hand luggage policy won’t prevent us bringing back all the extra memories we’ve created.

Several times throughout the trip I’ve allowed myself a moment to be awestruck at what I was experiencing. Sat in a beer hall with a load of Reds, surrounded by flags, songs and the best ale. Walking up to the Allianz Arena and basking in its beauty. Shortly after full time; awestruck by what these Reds continue to achieve.

Wish we listened to Gary Neville and threw the Champions League in December pic.twitter.com/Mg56Wu81WQ

John said it yesterday, but we know how lucky we are. I knew Reds who travelled to Munich in the hope of getting tickets. Some were successful, some weren’t. But try telling them the trip wasn’t worth it after that. We’ve all had the absolute best time.

I hope you did wherever you watched. I hope you realise the scale of what we’re witnessing. How special it is to be a part of in any capacity. I hope you’re going to bed every night dreaming of Sadio Mane sending Manuel Neuer for a big, fuck off pork knuckle. Of Big Virg shrugging off the poor twats trying to mark him and powering home a header, until we get to do this all over again.

Now we return home looking ahead to the next game. The return to this title challenge we’ve found ourselves in. But with a new-found belief. A reinforced love for these Reds. And distant dreams of a double celebration come what May.

I’m looking forward to another chapter in this story of following Jürgen Klopp’s Liverpool. The chance to take over another city somewhere, paint it red, drink it dry and make it dance to our tune.

We’ve conquered all of Europe. As if we’re fucking stopping.