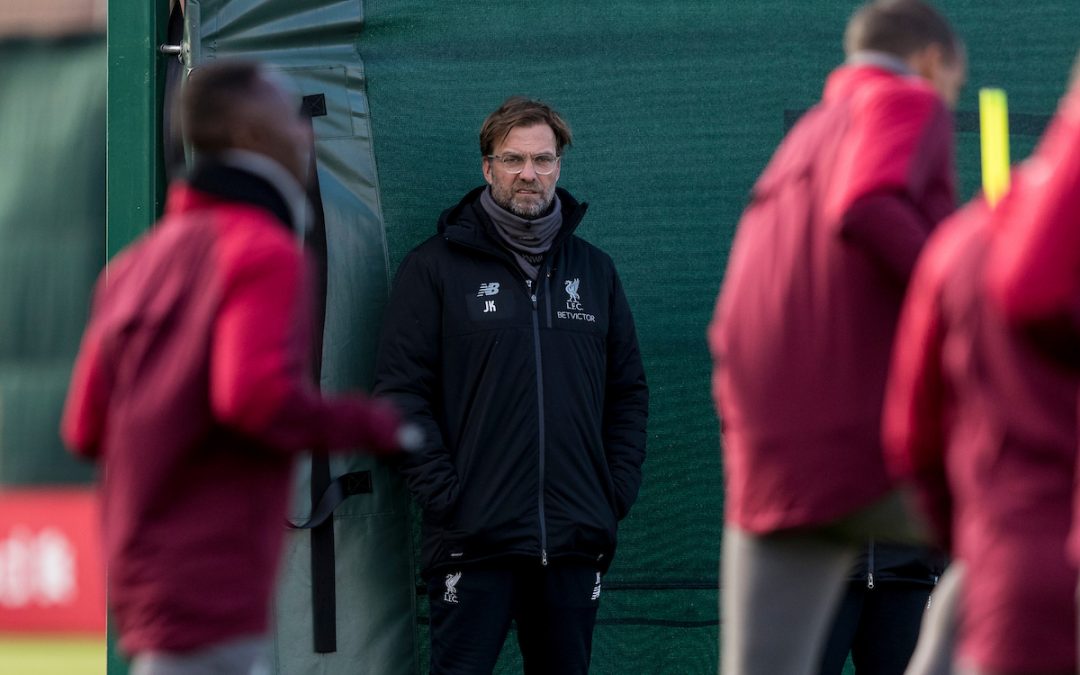 ARE you ready for the next two weeks?

Between now and March 3, Liverpool play Bayern Munich, Manchester United, Watford and Everton. It is unlikely to be a gentle period, but how boring would football be if it was?

After putting up with the football wasteland that was the FA Cup fifth round at the weekend, it was almost enough to pine for a thirst-quenching international break. (“I couldn’t half go for a pint of Gibraltar v Cyprus right about now…”)

The thirst to see Jürgen Klopp’s men back playing against high-profile opponents and ripping them to shreds has never been higher. Anfield showed last time out against Bournemouth that it wants to be just as big a part of this run-in as the players, and that run-in begins tonight against Bayern in the first leg of the Champions League knockout stage.

The Liverpool squad jetted off last week for another short break to recharge the batteries and to prepare themselves for the rest of the season. The photos and videos from Marbella suggested that smiles were all around, hard work was put in, and now The Reds are back and ready to take on all comers.

I actually think it’s a little unfair that the fans weren’t offered a mid-season break as well. Doesn’t have to be Marbella or Dubai. Send us all to Benidorm for a few days. We need to recharge after what has been an exciting — but exhausting — season thus far.

As it was, I took myself off for a four-day break last week. It wasn’t warm weather training, more mild weather drinking, but it still did the trick and now I feel ready for The Reds to be my whole world between now and the end of the campaign.

One thing I didn’t come back with though was a virus. Seriously, how dirty are these places that Liverpool are staying in? Virgil van Dijk, James Milner and Gini Wijnaldum all returned from Dubai with some sort of bug last month, now it seems that Roberto Firmino has come down with something in Spain.

I’m half-expecting to see photos like those ones you see on shows called “Holidays from Hell”, with Andy Robertson pointing stern-faced at a dirty glass, Naby Keita pointing at some old beans under a bed, and Daniel Sturridge pointing at a rogue floater in the jacuzzi.

Hopefully Firmino’s bug clears up, although if potential diarrhea gives him the urgency that made Wijnaldum put in a man of the match performance against Bournemouth then perhaps it might be a positive.

With the week and a bit break, the return of Champions League nights to Anfield and huge matches in the Premier League title race on the horizon, today really does feel like the beginning of the end to this campaign.

Klopp will have his work cut out managing the squad through an intense period, dealing with headaches like suspensions, injuries and random illnesses, but he has the pleasure of welcoming Alex Oxlade-Chamberlain back soon, as well as his defensive options.

He’ll also know that, should he be able to come out of the next four games with four wins, the momentum would be enough to turn any doubter into a believer.

Mo Salah will be as key as he was last season. His setting is generally turned to “sensational”, but this was roughly the point last year where he really cranked it up to 11. Big games and big goals led to big wins, and with Sadio Mane’s form red hot already heading into the game with Bayern, the possibilities are endless for Liverpool’s attacking machine.

Beyond tonight, there appears to have been some concern from the odd Liverpool fan about the trip to Old Trafford. Ole Gunnar Solskjaer’s troops have looked impressive lately, and dismissed an admittedly very terrible Chelsea in last night’s FA Cup clash, but every reason you need to believe that Klopp can mastermind a win next Sunday came last week in the Champions League.

United were completely outclassed by a Paris Saint-Germain side that had been humbled at Anfield earlier this season. PSG may have only won 2-0 in Manchester, but the scoreline flattered United, who after an early bout of intense pressing, came unstuck in the second half when the French outfit realised they were a class above. 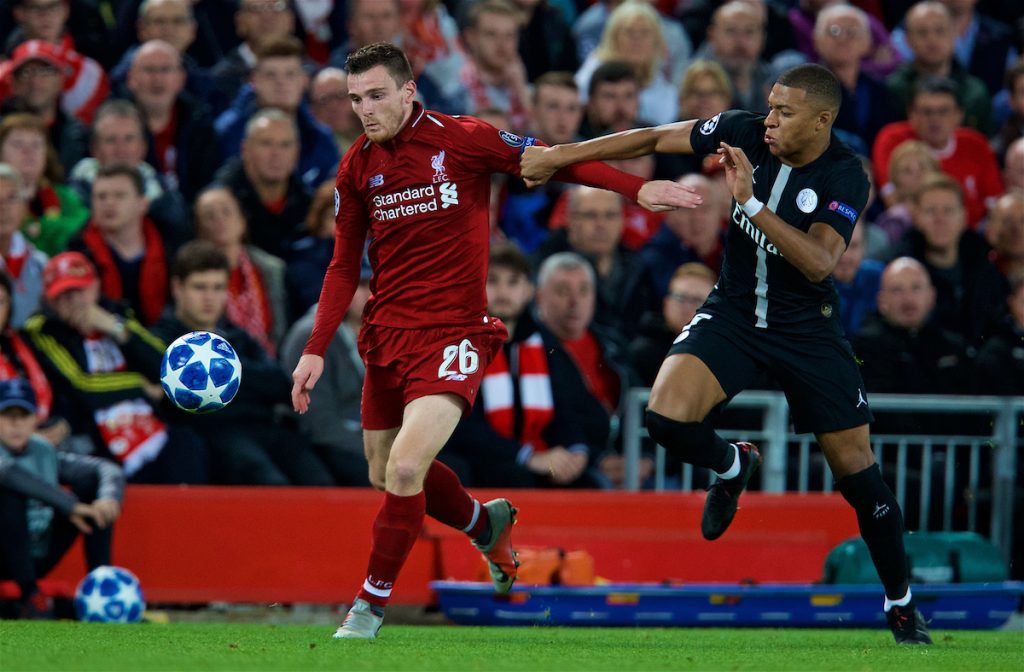 Liverpool are every inch that same class above, and though it’s unlikely to be as easy as it was for PSG, patient play, smart ball movement and intelligent use of Salah, Mane and Firmino should be enough to see off the team soon to be renamed “Handsome Paul Pogba, plus 10”.

The home game with Watford that follows has the potential to be as tricky as the Leicester draw (though hopefully less snowy, at least), but is also a perfect chance to prove that lessons have been learned, and that a referee who thinks a blatant foul in the box isn’t a penalty isn’t enough to stop the red charge.

Before all that excitement though, the Champions League. It almost feels like an afterthought given what is happening in the league, but that quite frankly shows the amazing job Klopp is doing.

This time last year, us fans were buzzing about the return to Champions League football, even playing Hoffenheim in the playoff round was a thrill to behold. Now we’re heading into a knockout stage clash with a genuine European behemoth, and we’re bordering on indifferent.

At least that’s how it’s largely felt in the weeks building up to it. Come 8pm tonight I am certain we’ll feel that tingle again. The one we felt through last season as Liverpool progressed all the way to the final (Allez!).

Regardless of how far The Reds go this campaign in Europe, a victory and statement performance against the German champions would be a perfect springboard to head into a crucial run of fixtures. It would be the ideal time for Liverpool to hit top gear.

Are you ready for the next two weeks? You’d better be.

“We spoke to some Bayern Munich fans last month and they were all worried about this game. Liverpool were the team the didn’t want.” 💥

🗣 Subscribe to #TAWPlayer for all of our buildup and reaction to a potentially season defining week for The Reds 👉 https://t.co/lmNtBz4ADz pic.twitter.com/jzzYH5PtzC