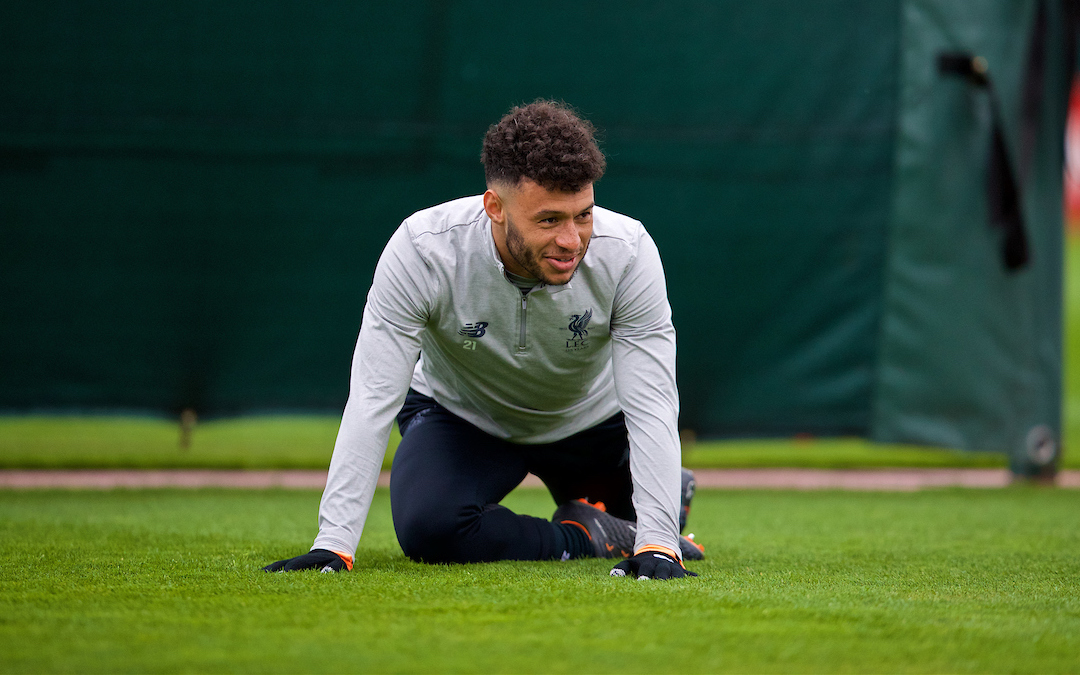 Liverpool have gone to Dubai and we are hearing very little out of the camp. The players are off social media, it seems — as if they have been asked to hand their phones in at the start like one of those shit stag dos with loads of rules.

The club website is very quiet. Just full of stories of youth team victories and those weird transfer rumour roundups they do that make the stories look real. We haven’t even got the Liverpool Echo taking photos of players riding round on bikes. They’ve gone very under the radar.

Which is a nuisance for The Anfield Wrap, to be honest. It’s made me realise how much we rely on footballers and managers doing and saying things so we can do and say things. I nearly flew out to Dubai dressed as one of Marcelo Bielsa’s lads to try and find out what they are up to.

All of us owe a huge amount of debt to the NAS Sports Complex, where the Liverpool team are this week who just casually filmed Liverpool training on a mobile phone and whacked it on their Instagram for the world to see.

They’ve took it down now, obviously — probably after Jürgen Klopp battered someone — but you can still find it if you look hard enough. Or just on Trinity Mirror websites.

If you find it you will see Alex Oxlade-Chamberlain, not just running but actually playing football. Admittedly, he’s only playing against yellow dummies but still. He’s kicking, turning, heading, the lot. He looks like he could start for Everton next week.

He probably won’t start that soon for Liverpool, but it does look much sooner that we all feared when the severity of the injury broke. It’s always wise to be cautious on these things, so maybe they always privately felt some action this season was a possibility.

However, the speed in which he went from gym work to ball work seems to have caught everyone by surprise. The talk now is that he could be back in full training as early as next week, with an eye on Bayern Munich away in March as a potential return.

To see him back in a Champions League game, in the tournament he picked up the injury in a typically fully committed challenge, would be lovely to see. But, sentiment aside, he will also be a fantastic addition to this squad. Maybe one of the only things we are currently missing. That driving force from the middle, linking midfield and attack, and supporting the forwards in the box.

That player was supposed to be Naby Keita, but Chamberlain’s return isn’t necessarily bad news for Naby. Chamberlain is a really good example for Keita in the need to persevere if you want a central midfield role for Liverpool.

Chamberlain also found himself popping up in wide positions for Liverpool in the first half of his first season, with many fans wondering what type of player he was and why we had invested in him.

Central midfield seems to be an area where Klopp seems willing to take least risks, but Chamberlain broke through eventually, through a mix of willpower and taking the opportunity when it arose.

Naby is no rookie, he’s played central midfield in a top league already, but in terms of what Klopp expects from an attacking midfielder for Liverpool, he could do a lot worse than watch Chamberlain for Liverpool when he returns.

How he holds his position when he needs to, but breaks when the opportunity is there. How he presses and wins his battles. How he flourishes as part of a unit, not outside of it.

According to Noor Patterson, who met the Liverpool team in a Dubai shopping centre I once bought some socks in, the team are flying back to Liverpool tonight, so we should have some smiling Melwood pictures again very soon.

That they are flying back with a fit and almost raring to go Alex Oxlade-Chamberlain is a massive boost at a crucial stage of the season.

Squad depth not looking too bad, after all.

“Salah has gone from a pacey wide man to an out-and-out centre forward in six months, It’s remarkable.” 🇪🇬👑

🗣 Listen to this week’s FREE Anfield Wrap show, after the Reds 4-3 win over Crystal Palace, in full here 👉 https://t.co/DMl2618MR1 pic.twitter.com/WtKtjGAB5m