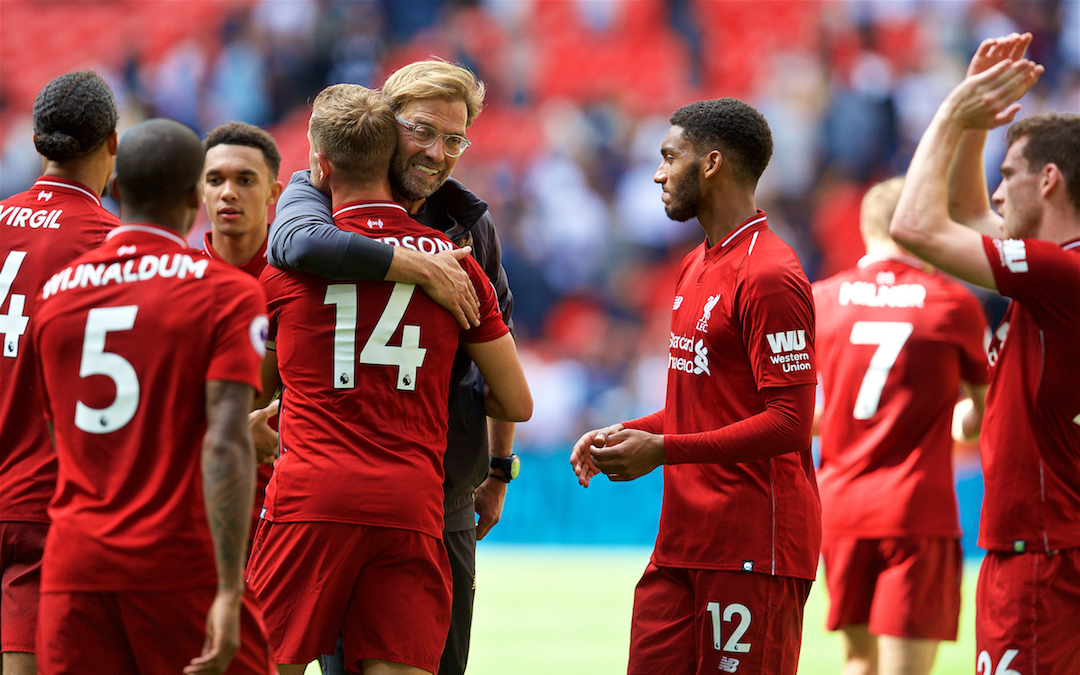 MY worst memory as a Liverpool fan isn’t a final we’ve lost, although the FA Cup in 1996 was a particularly dark day.

It isn’t a player leaving, although I’m sure we all have one who broke our heart — hiya, Fernando. It wasn’t even having to watch four months of Roy Hodgson.

My worst day, or more specifically night, was April 21, 1999. Liverpool were at home to Leicester City. There were 36,000 there that night, Liverpool’s lowest crowd of the season, and even those who were there were there more out of duty, to watch two mid-table teams battle it out in a game that threatened to break out into mediocrity but never quite managed it.

As Liverpool’s season, and decade, was petering out into nothingness, Manchester United were playing in the semi final of the Champions League the same night. If eyes weren’t on that game (this was pre-smartphones and WiFi) then certainly ears and minds were elsewhere.

It might be my memory, but I am sure there were Liverpool fans with Juventus scarves on that night. There were certainly cheers on The Kop as Manchester United went 2-0 down after 11 minutes.

Of course, we hadn’t even qualified for The Champions League since the European ban, never mind won it, but as long as they kept getting knocked out…

But then United scored to pull one back, and then scored again, and then Andy Cole scored the winner. Whispers spread across the stand of yet another Manchester United comeback as we watched Sean Dundee try and find a goal, only to see former Evertonian and absolute yard dog Ian Marshall score the winner for Leicester City with less than a minute to go.

Manchester United were on the way to a European Cup Final and Liverpool were in disarray. Tenth in the table, with a doomed joint-manager trial abandoned and a Frenchman left with a squad he clearly had little belief in. We looked miles away. But the worst feeling of all was the feeling of irrelevance. That’s what made it my worst night of watching Liverpool.

You lose a final, even in such a heartbreaking way as Kyiv, but at least the eyes of the footballing world are on Liverpool. As they should be. At that point we were irrelevant. Even our own fans didn’t care about our game. Pinning our hopes on an Italian team who, quite frankly, hate our guts. And even they couldn’t even fucking win. And then Ian Marshall scored.

I thought about that game this week as we prepare to face Leicester City again tonight. And how far from irrelevant they are now. Manchester City lose a game and all the talk is of Liverpool. Liverpool, who can go seven points clear at the top of the Premier League by beating Leicester. Liverpool who are going at a pace the rest can’t live with. Liverpool who have put the pressure on and seen others wilt. Liverpool.

Let’s remember this. When our biggest problem of our week is who is going to play right back. We are undoubtedly lucky, as Liverpool fans, with what we have seen over the years. But we have seen some shite too. We’ve even been irrelevant. I wonder how many who are at Leicester tonight were there that dreadful night in 1999. When our only hope was that Manchester United wouldn’t go on to lift the treble. (Spoiler, they fucking did.)

Come and see me for a pint before the game if you were. And if they do stretch the lead to seven points, we’ll raise a glass to these lads after. These lads who everyone is watching. Who everyone is scared of. Who are busy making others irrelevant.

For more buildup to tonight’s huge clash with Leicester, and extensive reaction in the immediate aftermath, SUBSCRIBE to TAW Player…

“No team does momentum better than Liverpool…

🗣 Subscribe for all of our buildup to tonight’s huge clash with Leicester City 👉 https://t.co/lmNtBz4ADz pic.twitter.com/GpplXttwke