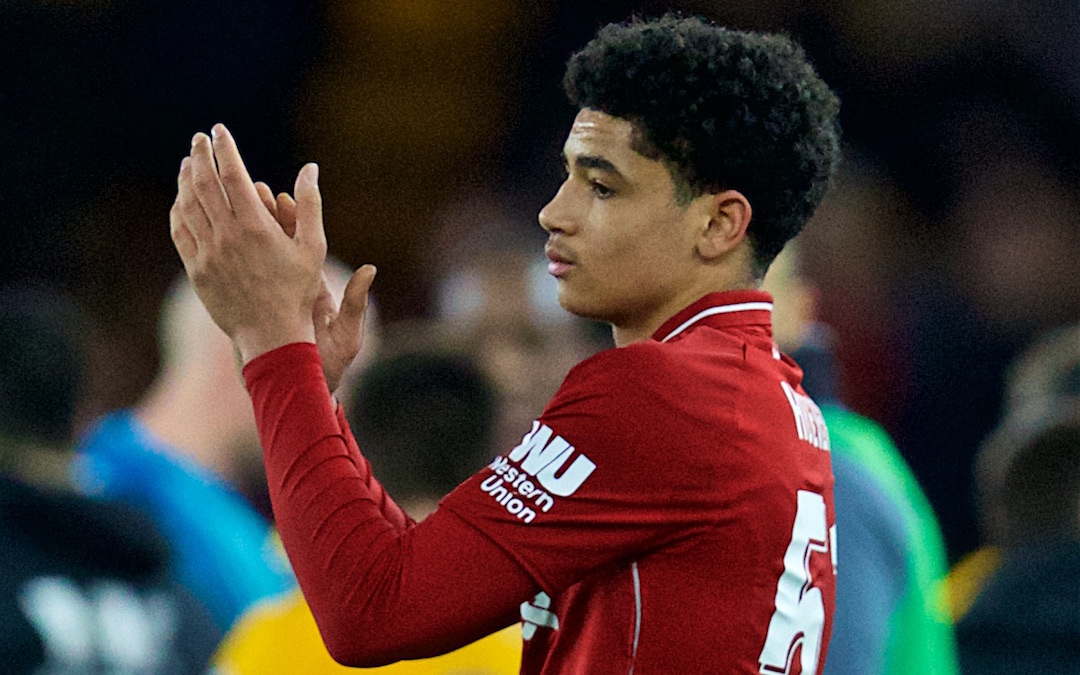 MICHAEL Edwards is a name on a lot of Liverpool supporters’ lips.

You’d find it hard to argue that praise for him and his crack team of transfer gurus — with manager Jürgen Klopp in tow — is undeserved.

When Dominic Solanke was sold to Bournemouth for £19m last week, football’s viral twitter brigade were out in force, keen to garner engagement by showing just how good the club’s business has been since the much-maligned transfer committee was disbanded.

One of the net-spend calculations that stands out the most, however, is that the £142m recouped in the sale of Philippe Coutinho was used to purchase Virgil van Dijk for £75m and Alisson Becker for £65m.

Make no mistake, that goes from top to bottom at the club. The solid foundations built, that have allowed The Reds to elevate themselves to the next level, aren’t exclusive to the senior side in their base at Melwood.

Ki-Jana Hoever’s unexpected yet exciting debut against Wolves in the FA Cup third round showed there is more than the short-term potential for success to be excited about at Liverpool. 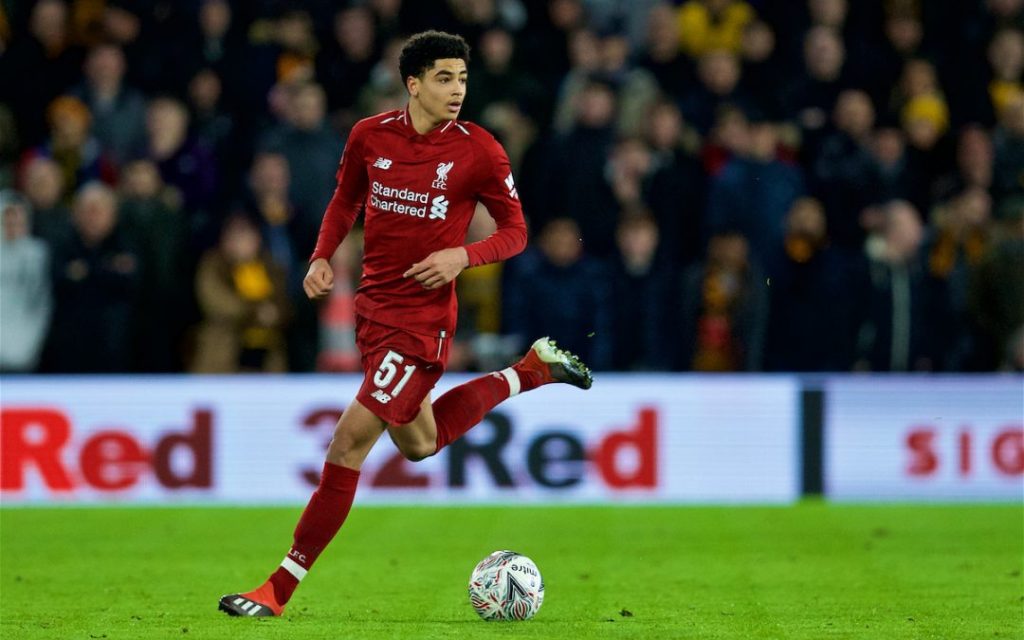 The 16-year-old put in a display many would have thought was way beyond his tender years alongside midfielder Fabinho at centre half, which highlighted the fact that the recruitment policy which saw van Dijk and Alisson arrive and settle immediately also applies down at The Academy in Kirkby.

As James Pearce explained in the Echo today, there were a whole host of clubs chasing Hoever’s signature, yet it was Liverpool who were able to convince the youngster and his parents that his development would be best served on Merseyside — using the rapid rise of Trent Alexander-Arnold as the example of the pathway from Kirkby to Melwood and beyond.

Klopp’s policy towards bringing through youth players was said to be a key factor behind the move going ahead, and should continue to make the club a desirable destination for years to come.

However, these moves are also a result of good scouting and clever work by those with less on-the-pitch responsibility than the manager, in the same way that the first-team signings are handpicked to ensure they fit the criteria of the type of player that can excel at Liverpool.

The move for Hoever shows that the club are just as willing to pull out all the stops for a youngster as they are for a first-team player. Once they were convinced about the youngster’s potential, they moved quickly and decisively to leave their rivals in their wake.

And that policy is paying dividends; the future looks bright and Hoever, while being a sign of more good business from The Reds at a lower level, isn’t the only example of that.

Last weekend, Liverpool’s under-18s took part in the Mercedes-Benz Junior Cup in Stuttgart, an indoor six-a-side tournament which saw them come up against clubs from across Europe and the Atlantic. 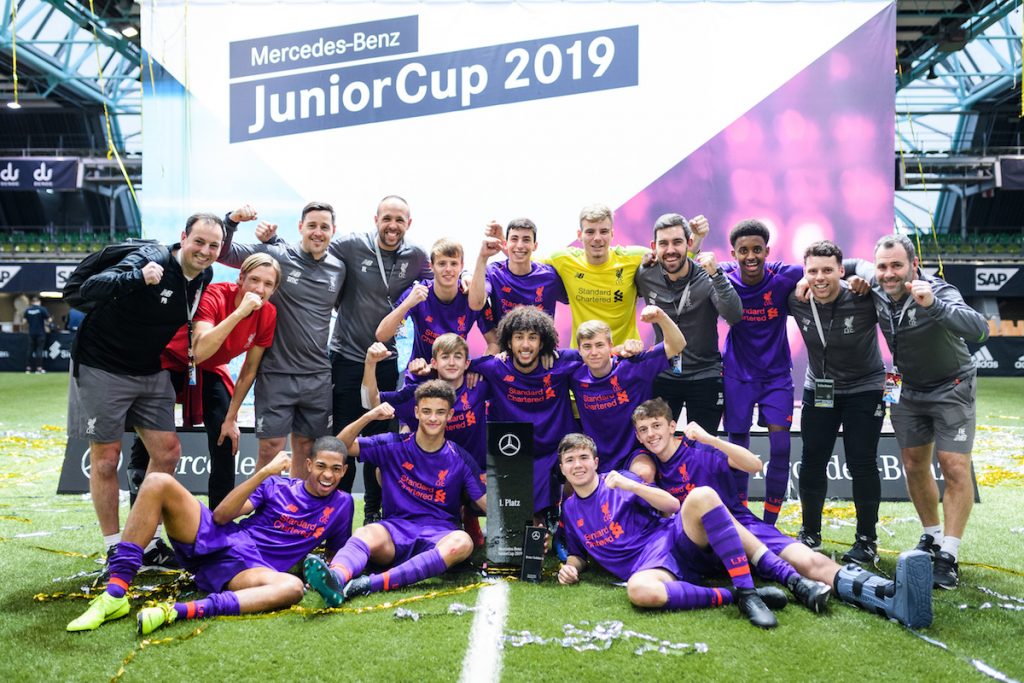 The young Reds won the tournament against sides with much more experience of those conditions than themselves, but what stood out the most was the tactical blueprint that Klopp has implemented in the first team clearly filters down, and that the resilience and determination the young lads showed reflected that of the seasoned pros.

The young Reds are currently second in the under-18s Premier League north division, having only lost twice this season, so it was little surprise that they were able to recover from a rocky start to the tournament to go on and claim the trophy.

The staff at The Academy deserve credit for helping to mould the lads, especially given the turbulence they’ll have to put up with as players jump up and down the levels, from the senior squad to the under-23s and back, among other issues.

The plans to unite all the age groups together at Kirkby may help that, making the transitions not quite as literal and daunting. But in truth, the club have already put all the foundations in place to make things run smoothly prior to the move away from Melwood.

As the under-18s coach Barry Lewtas told The Anfield Wrap during an exclusive chat in Stuttgart: “The pathway at the moment, from Kirkby to Melwood, has worked fine. You’d hope in a few years’ time that transition makes it even easier, being on the same site.

“Our focus is very much on continuing to produce boys that are good enough. If the boys are good enough they’ll make that journey to Melwood, just as easily as they would to the back of Kirkby.

“Logistically it will make things easier and obviously in terms of having the first team not too far away, I’m sure it will be a motivational factor for the boys.” 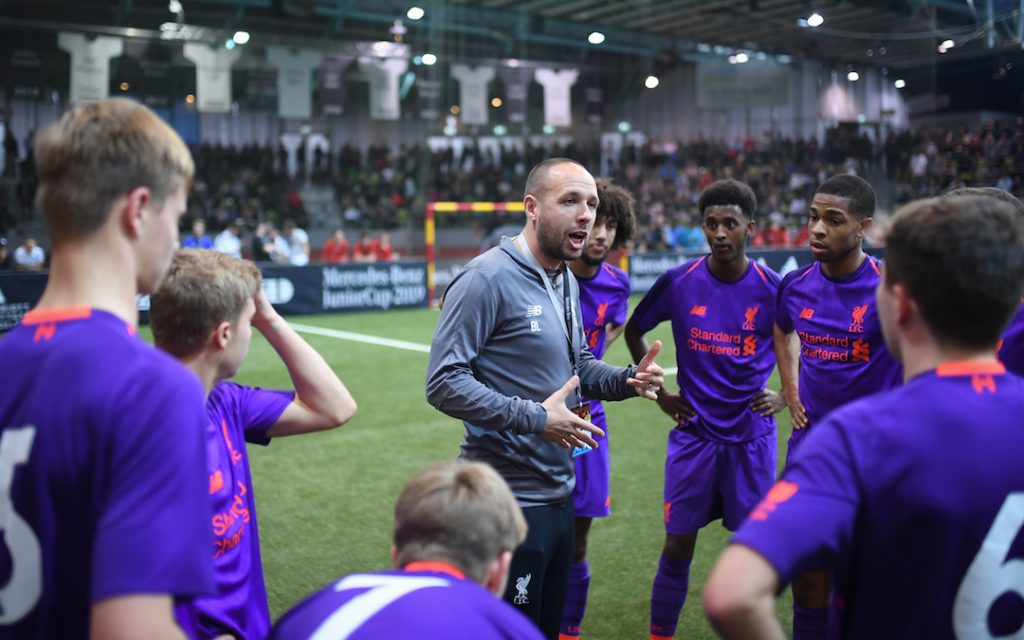 As if those young lads needed any more motivation given what the first team are achieving this season.

Just like at senior level, the success being seen at The Academy is due to the club getting things right on an operational level — reflected by the move for Hoever as much as the moves for van Dijk and Alisson.

Those foundations are stronger than they’ve been at Anfield in the Premier League era. It’s no longer a tale of false dawns, fallouts and short-term solutions.

The not-so-distant future looks bright for Liverpool Football Club. In the long term, it could be even brighter.

“He’s got great technique, he’s quick, he’s tough, he’s a got a good appreciation of the game.”

🗣 We spoke to Under 18s boss Barry Lewtas about the Dutch teenager… pic.twitter.com/AXqnj2tZyT