How Hatred Is Fuelled By Rivalry And The Raheem Sterling Incident 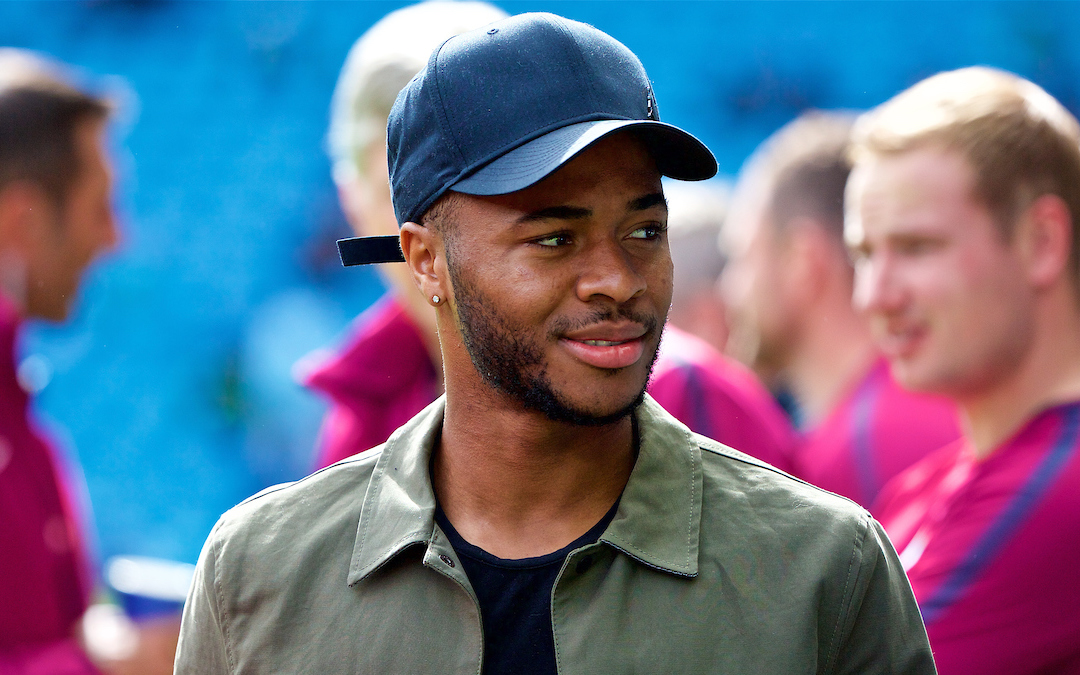 SO, now I can reveal it was all my fault.

Lauren Dalglish must be 30 now. Sorry, but I’m afraid that fateful journey you made in your father’s arms was down to me.

Anfield, April 1988. Liverpool 3 Manchester United 3. A cracking, crackling match full of all of the highly spiced ingredients that have made this the derby fixture to eclipse mere cross-city frictions.

Alex Ferguson is holding court just outside the old Boot Room. The late and lovely Tom Tyrrell of Piccadilly Radio is hanging a quivering microphone under his nose while Fergie spits his infamous “managers leave here choking on their own vomit, biting their tongue, afraid to tell the truth” diatribe into it.

I figure that Kenny Dalglish should know what is being said before he goes in to face the press, so I tiptoe down the corridor to his office and report in. Before I know it, the Liverpool manager is standing outside his door cradling six-week old Lauren telling us, “you’ll get more sense out of her”.

A year later, Ferguson was one of the very first football people to contact Dalglish offering whatever support he needed from United in the wake of the Hillsborough tragedy. That is how rivalry works in this game. But should it?

There is something horribly hypnotising about watching those pictures of Chelsea fans abusing Raheem Sterling last weekend. So baseless, so disdainful, so damned close. Is that what football does to us? Is that what it can do to me?

I’ve spent the week sympathetically nodding my head in agreement with all of the sage words written and said about football’s pressing need for greater tolerance and perspective. The media, of which I am a part, is under particular scrutiny. About time too.

Good morning I just want to say , I am not normally the person to talk a lot but when I think I need my point to heard I will speak up. Regarding what was said at the Chelsea game as you can see by my reaction I just had to laugh because I don’t expect no better. For example you have two young players starting out there careers both play for the same team, both have done the right thing. Which is buy a new house for there mothers who have put in a lot of time and love into helping them get where they are, but look how the news papers get there message across for the young black player and then for the young white payer. I think this in unacceptable both innocent have not done a thing wrong but just by the way it has been worded. This young black kid is looked at in a bad light. Which helps fuel racism an aggressive behaviour, so for all the news papers that don’t understand why people are racist in this day and age all i have to say is have a second thought about fair publicity an give all players an equal chance.

And yet as we prepare for Jose Mourinho to bring his cheery disposition to Anfield for another round of predictable mind games, I think back to the sheer silliness of two future knights of the realm exchanging petty insults 30 years ago. Two men for whom I have the deepest respect. Two men who go back decades together. Two men with bags of class. As Fergie famously said, “football, bloody hell”.

The racial overtones surrounding Sterling’s ordeal are very disturbing, but I can’t help but feel that football tribalism was at the core of that incident. The precise detail of the shocking vitriol being showered on the player has been contested but the same fans would never have shouted such filth at N’Golo Kante or Willian. Its roots are in “us” and “them”.

Sterling probably starts to hear boos and whistles as soon as the Manchester City coach turns off Queens Drive towards Anfield. They come with the territory of leaving one club for another.

Never mind the 50 million quid Liverpool pocketed for his restlessness, there was a bitter taste of betrayal about the move. Aidy Ward, unsolicited interviews, too ill to train… There will be some truth in there somewhere and we can each believe the bits that reinforce the conclusions we have already jumped to.

Sterling was very good for Liverpool and vice versa. He would fit perfectly into the current team and the mood that Jürgen Klopp has fostered. But football doesn’t ever forget… Or it doesn’t forget what it wants to remember. Sterling is an ex. When a heart breaks, it don’t break even.

The weird thing about last weekend’s vile encounter is that Sterling’s ballsy response has maybe engendered some understanding and sympathy for what it must be like to be on the receiving end of such personal abuse from total strangers. Nobody in their right mind can pretend there was an ounce of banter about it. It was just full-on hateful hostility, and for no good reason.

We all draw different lines in the sand as to where “a bit of stick” begins and ends. There will be plenty of it flying around on Sunday. Football is escapism and when we care about our teams as much as we do, all kinds of simmering emotions escape when the tackles and the cards start to fly. From time to time, they boil and spill over into something football can do without.

Sir Kenny and Sir Alex are not the kind of men to have many regrets but I somehow doubt they will look back on their distant altercation of 1988 with anything other than a wry smile about where football can carry us when it matters as much as Liverpool v United does. I should have kept my big mouth shut.

“It’s easy to call Liverpool my second home because I have such good memories from here.” ✊

🗣 Listen to this week’s ‘Weekender’ show, including a chat with European Cup winner @JARiiseOfficial, in full here 👉 https://t.co/sDw3g69QKR pic.twitter.com/5rSnpID5ii