Have Liverpool Struck Lucky With Their Festive Fixtures? 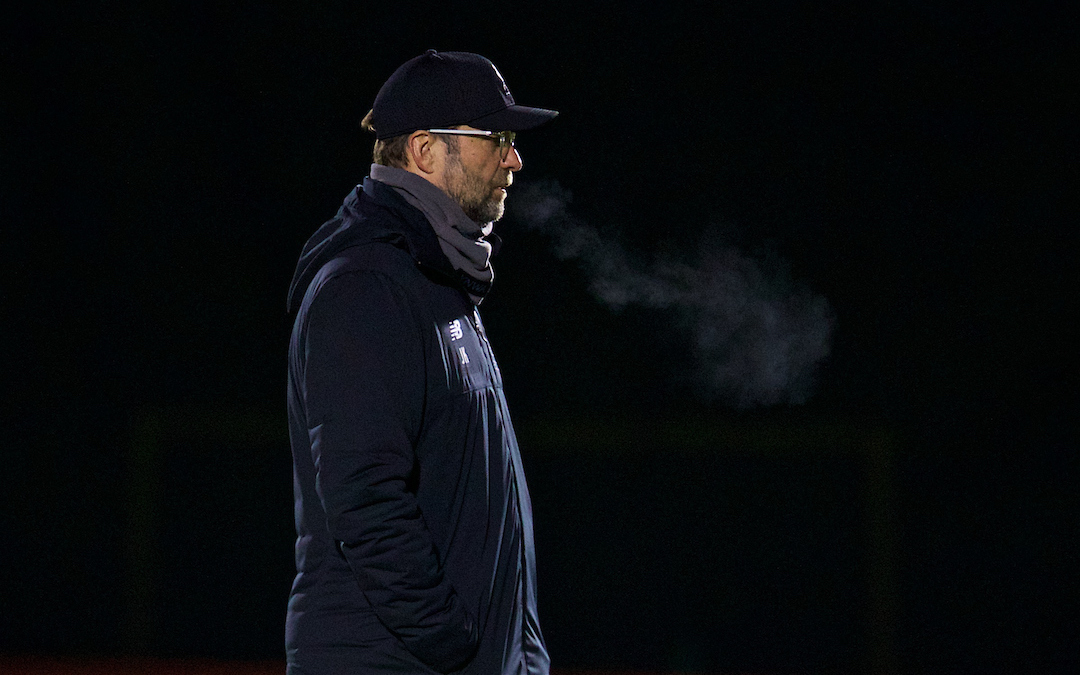 SO Jose Mourinho was right after all. Liverpool are the “lucky ones”.

A late, late winner in the derby, an offside goal at Bournemouth, a fluky save to deny Napoli, then, to cap it all, two spawny deflections to beat Manchester United. Jammy Jürgen.

It is amazing how fortunate you can get when you dominate matches the way Liverpool have done with their eye-catching performances in the last three games. They would not have been flattered by a run of thumping wins in the last few weeks.

For me, this is comfortably their richest vein of form so far this season. They look ready to kick on in the New Year.

But just maybe Liverpool have drawn the lucky ticket in the Christmas raffle. Take a look at the fixtures table below compiled by statistician James Yorke…

It’s the PL Christmas Schedule organised by rest days!
Argue how much the schedulers are biased for or against YOUR team! pic.twitter.com/fNENGRXPDO

Liverpool’s four holiday fixtures are spread over 14 days. By contrast, Tottenham play four times in 10 days. Throw the FA Cup third round dates into the mix and Spurs will cram five games into 13 days, while Liverpool have 18 days in which to play their next five matches.

Recovery time is precious time in the Christmas rush. Liverpool will have more of it than any other Premier League team.

Spin the clock back two years to the end of 2016. Remember Gini Wijnaldum’s sweet header to beat Manchester City at Anfield in a 5.30pm firecracker on New Years’ Eve? Liverpool turned the year in second place, just six points behind the long-time leaders Chelsea.

Less than 48 hours later, Jürgen Klopp sent virtually the same side out at Sunderland. Twice they led, twice Jermain Defoe equalised from the spot. Liverpool didn’t beat another top-flight team until February 11. They were out of the FA Cup by then too. And they were knackered. Their Christmas hangover was a heavy one.

They’re flying now. And the great thing about the jet-fuelled wins over Napoli and United in the last week is that they have involved 16 different players. This is a big battle-ready squad with options galore.

Klopp may have some sticky selection decisions to take but he can rotate out of preference, not necessity, when he has got gaps of three or four days to work with between games. He should not even need to dilute his starting lineup for the FA Cup because the squad goes deep enough for a campaign on three fronts.

Liverpool were nothing like as well-equipped at the start of 2017. Sadio Mane was away on African Cup of Nations duty, Joel Matip was embroiled in a messy FIFA dispute and Philippe Coutinho was slowly feeling his way back from injury. It took a gritty grind through the spring – and a bit of luck – to secure the consolation of a Champions League spot.

Any luck Liverpool have had this season has been self made. Burnley’s goal two weeks ago was offside, Mane’s goal at Arsenal wasn’t. Daniel Sturridge hit the Chelsea bar a minute before Eden Hazard’s Carabao Cup winner. It really does even out, but you still need a break or two with fixture schedules.

Back in 2013, Brendan Rodgers’ team opened their presents on Christmas Day as league leaders. By New Years’ Day, they were fifth in the table. They had to travel to City then Chelsea in the space of three days and lost to both. Liverpool still nearly won the title.

They had a merry little Christmas a year ago, but it was all a bit of a drama. Two up at Arsenal became 3-3; a come-from-behind 2-1 win over Leicester; Raggy Klavan’s late winner at Burnley; then Virgil van Dijk’s late winner in the cup tie with Everton.

This Liverpool have all they need to enjoy a quieter Christmas. They can take it in their current stride. Mourinho may have clocked Andy Robertson at 200mph on Sunday, but Klopp’s team only venture into the fast lane when they need to nowadays.

Like the boss at the office party, they have been pacing themselves. The menu for this Christmas allows them to take a little break between courses. It’s manageable. If key men require a breather, Newcastle at home comes before the summit meetings with Arsenal and City.

Football is not played on paper, and the defending champions have been blessed by a kind schedule too, but Liverpool’s diary looks good for the buildup to January 3.

All they need now… Is a little bit of luck.

For more buildup to every Liverpool game over the festive period and beyond, as well as extensive reaction in the immediate aftermath of each match, SUBSCRIBE to TAW Player…

“I think Fabinho has earned the right to be first choice in the midfield.” 👏