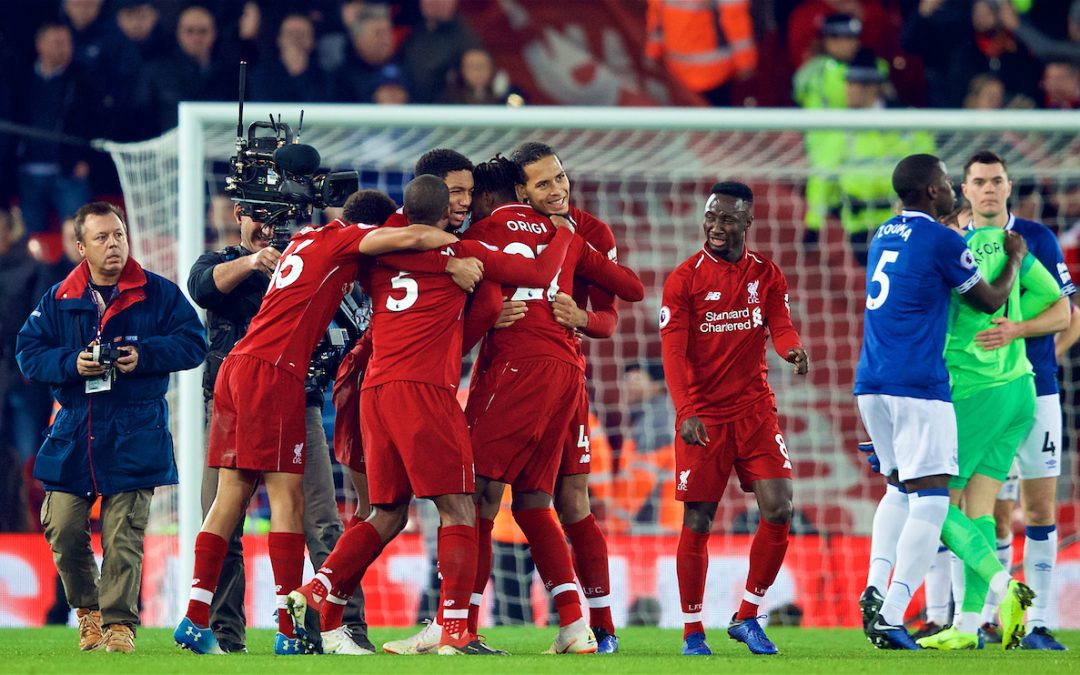 THIS is the greatest day of our lives.

There is a piece. It is the only piece I have written in advance. I wrote it three years ago. The piece is 800 words about Everton winning at Anfield. It sits there waiting to be shown, waiting to emerge. Because I couldn’t imagine having to write about Everton winning at Anfield and so I have, and it sits, and when I was oddly furious around the 80th minute I started to think the piece may emerge.

But on 90+5, let the heavens declare it: the city is all ours. Hosanna in the highest. He only has little arms and Divock Origi is the greatest footballer ever to play for Liverpool.

And whatever did it, we are rejoicing. Whether it is Jürgen Klopp’s genius in the substitutions, whether it was the brutality of the “murderers” chant that demanded an answer, or whether it was Jordan Pickford’s arms that plucked the ball from its direction of travel out of the game and placed it in front of Divock Origi, who the fuck cares?

I’ll tell you this now — Marco Silva is already, and will prove to be, a better Everton manager than David Moyes. It is spectacular the progress made from last season’s cowardly showing at our place. Sam Allardyce got one more point but he had no future. This Everton team is all future, all impressive. They get to be good.

It’s what makes the win all the sweeter, the day all the greater, what makes it a joy to be alive. The sheer happiness and the reason this is the greatest day of our lives is because they came to Anfield and deserved at least a point and then that.

Rejoice in the smart and effective saves made by Alisson Becker. Rejoice in Virgil van Dijk’s leadership (even if at times, Everton’s press got to even him). And rejoice in last minute, throw caution to the fucking wind, decisions by our manager who demonstrates appetite for gambling that would make the mayor of Las Vegas blush. 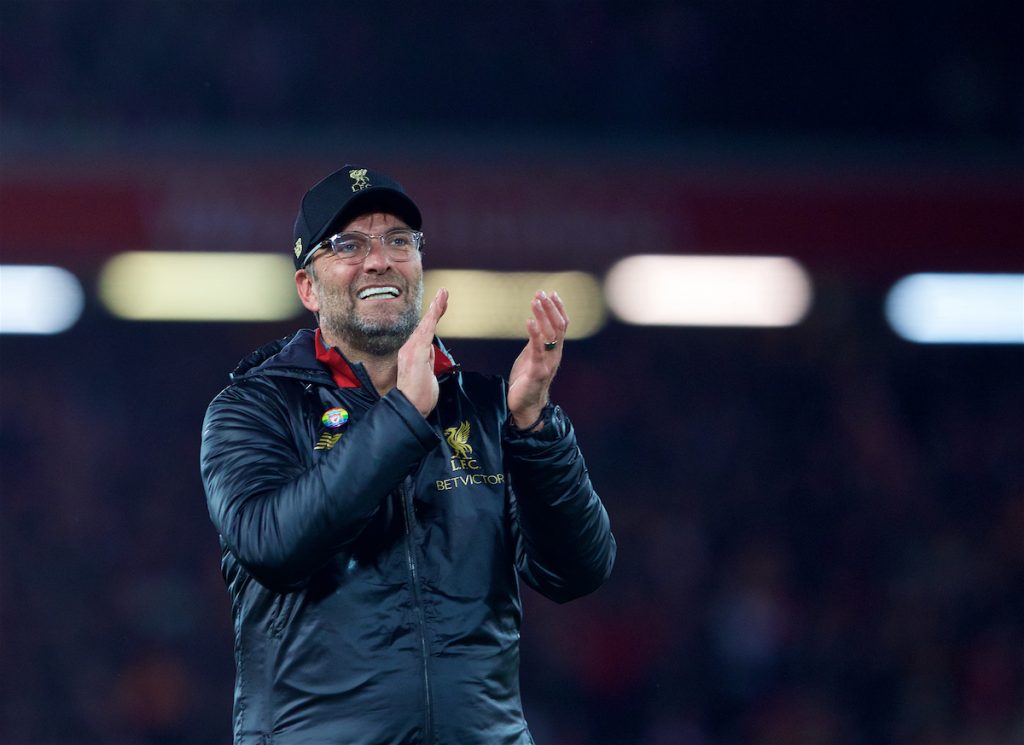 Our gaffer is incredible. Our gaffer is the best of us, wants to be us, wants to enjoy in the blood and in the bone. Before Burnley away this year I will reflect on being lucky enough to talk to him about Burnley away last year, reflect on how much at heart he is a drinking, swearing, screaming football supporter. His job is to make it a joy to be alive and he does so with aplomb. He believes in the joy. I loved that he took them to The Kop. I love he ran on the pitch to celebrate with the goalkeeper.

It was pandemonium when it went in. It was bedlam. Remember this — these are young men in their 20s. Remember this — they are living their best life. They are getting to live large, live for us. Tonight we need to live for them. They need to get the adrenaline out of their legs, get themselves in shape for Burnley. Be professional. We get to live the greatest day of our lives, the happiest day of theirs because this is the game. The blood and the bone.

Origi knows that I hope. Knows he is a hero. Knows he provoked screams, and pride, and delight, and a little cry from somewhere.

Fuck your hurdles. Fuck your league table at least for a day. Fuck your blue flares. This is the greatest day of our lives. Red resplendent.