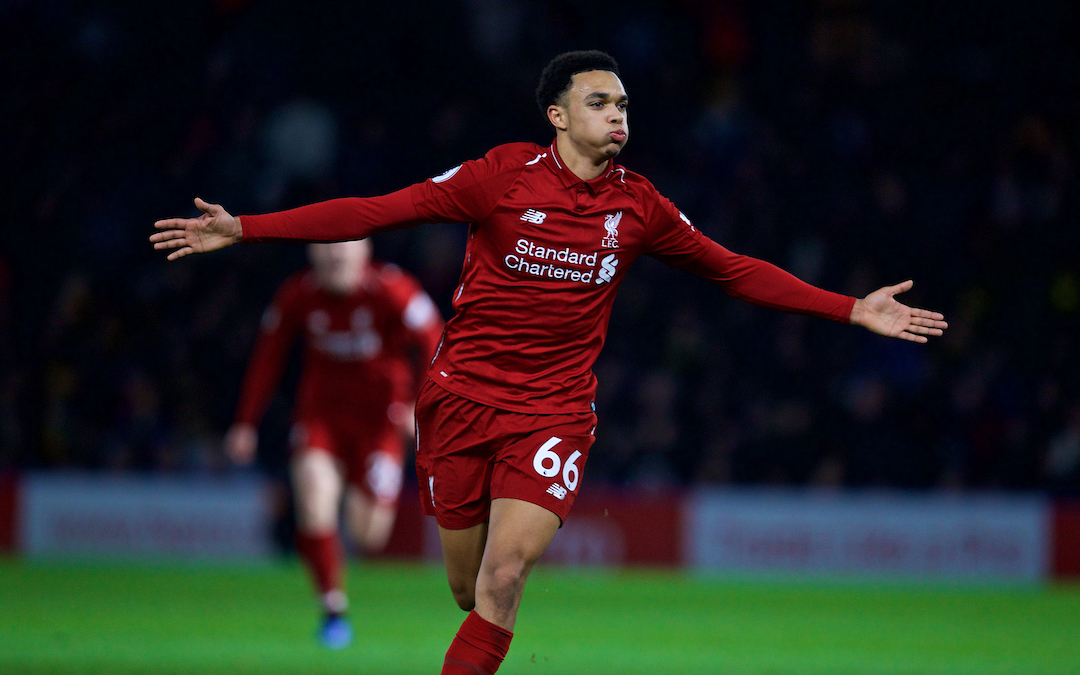 “TO play for Liverpool is the dream, the aim, and I can’t see it changing, to be fair.

“To say I have done that for the whole of my career is something I have dreamed of being able to say.”

Trent Alexander Arnold’s quotes about becoming Liverpool’s next one-club man come at a time when Liverpool’s last one-club man (to all intents and purposes, at least) has been celebrated with a film about his career as a Red.

Make us Dream was a timely reminder of how much Steven Gerrard went through during his 28 years at Liverpool and beyond — the personification of blood, sweat and tears — and why, for so many, he’s the greatest player to have pulled on the red shirt and arguably Liverpool’s greatest export.

While the hope is that Gerrard’s Liverpool story may not be quite finished, as he continues to earn his stripes as a manager, there’s another fairytale which started with a bang last season and has shown very few signs of slowing down as this campaign roars on.

On the subject of timely reminders, Trent’s goal today was another sign if needed of how talented the West Derby-born youngster is — with a strike similar to that which opened his Liverpool account against Hoffenheim in the qualifiers for the 2017 Champions League.

That first goal in the Rhein Neckar Arena was just the beginning of what is already a healthy list of personal accomplishments for Trent. With 60 senior appearances under his belt, he has already scored in front of The Kop, played in a Champions League final, made his senior England debut, appeared at the World Cup and scored his first goal for the national side just last week.

Today, the midfielder-turned-full back added scoring an away league goal to that ever-growing list. He turned 20 last month. 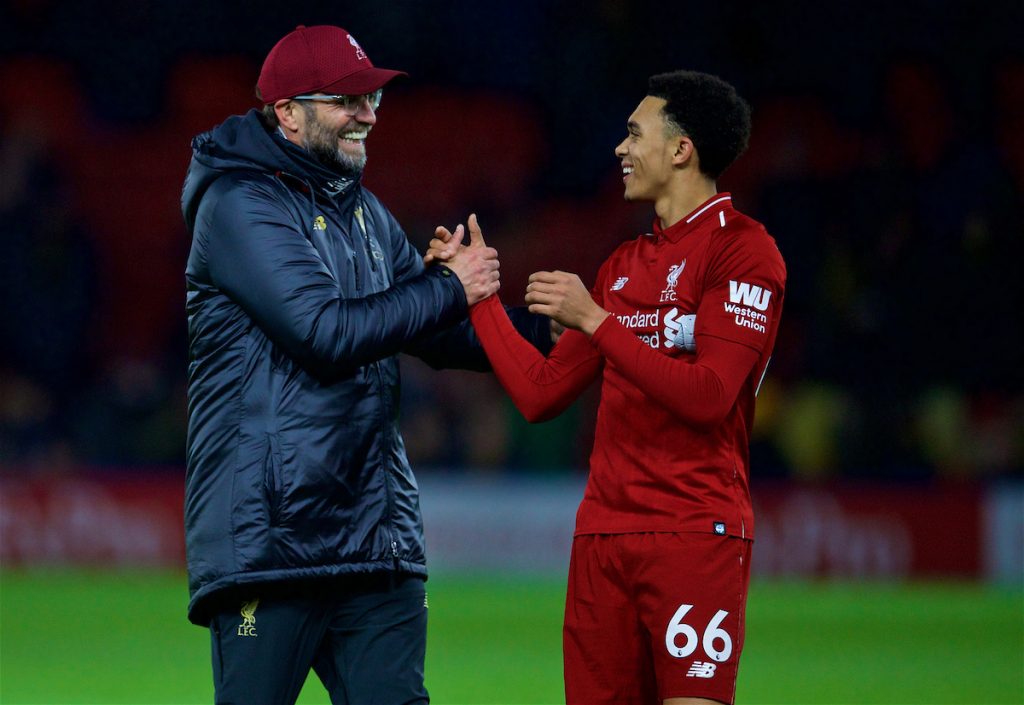 With an already impressive tale of the tape, who’s to say there won’t be some trophies in there as Trent continues to supply the goods for a Liverpool side constantly on the up — and still unbeaten in the league this season.

Most would have squirmed at the idea of Trent being spoke of in the same breath as Gerrard at such a tender age. The former captain won everything bar the league at Liverpool, was made captain at 23, and made 710 appearances for his boyhood club. Comparisons obviously aren’t easy to make.

When Gerrard made his debut as a substitute against Blackburn Rovers 20 years ago this week, though, he was just a lanky lad from Huyton who couldn’t fill out his shirt. He went on to become one of the most complete players English football has seen.

Trent has come a long way from similar beginnings, and the world is starting to sit up and take notice, as he takes another leggy stride forward.

The story of Steven Gerrard’s 27 years at Liverpool have made for a blockbuster movie. What he gave to the club can’t be summed up, or possibly even matched.

Trent, however, seems determined to write his own story in what promises to be an illustrious career, at its current trajectory.

If he wants to spend the rest of it at Liverpool, who’s to say he can’t?