Liverpool v Everton: The Shifting Importance Of The Merseyside Derby 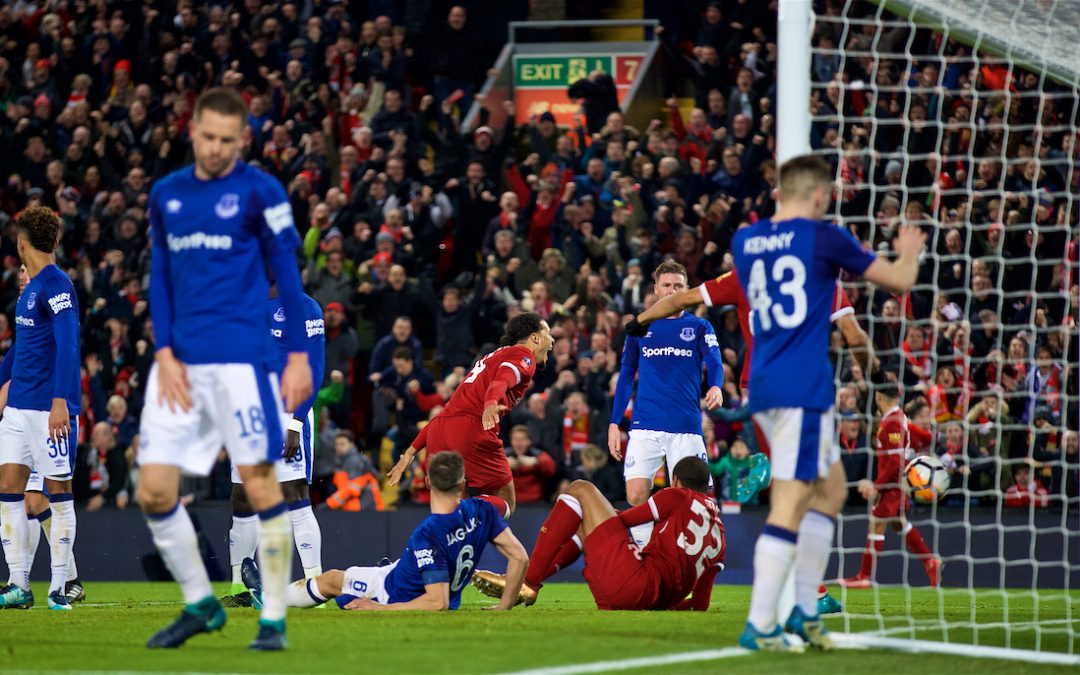 THE 1986 FA Cup final may just be the biggest football match I ever commentated on. It certainly seemed like it at the time.

Yes, there was Istanbul — and didn’t someone else win the Champions League in dramatic circumstances a few seasons before? Just this year, I’ve been privileged to call an England World Cup semi final to 26.5 million viewers on national TV.

But 30-odd years ago, a Wembley meeting of Liverpool and Everton with the double at stake was as big a deal as a Merseyside local radio commentator could possibly imagine. It was the derby to settle all derby arguments. Eternal bragging rights. And it didn’t disappoint.

Some historical context; Liverpool was five years on from the Toxteth riots. Derek Hatton was as famous as any British politician bar Margaret Thatcher. A very unlikely hero by the name of Michael Heseltine had just started to try to convince her that burning the city to the ground should not be official government policy.

As always, Merseyside escaped into its singers and strikers. Frankie’s “Relax” was revolutionising dance music despite a blanket radio ban. The Christians and The La’s were on the way. And the best two teams in English, maybe European football were a 10-minute walk through Stanley Park apart.

The League Cup final at Wembley in 1984 was an extraordinary event. It was just a crap match. Nevertheless, the sound of the massed choirs of red and blue belting out “Merseyside, Merseyside” in harmony during the closing stages of that goalless draw cast Liverpool-Everton as the “friendly derby”. It was actually more of a vocal “finger” to anyone listening in Westminster.

Then came Heysel, and with it the UEFA ban that denied Everton the chance to compete for the European Cup in 1985-86. The friendship had been sorely stretched. In the absence of any continental diversions, the two major honours of the domestic game were everything. Liverpool had never won both in the same season.

The truth is that Everton should have won both in 1986. Their victory in the Anfield derby in late February made them favourites to defend their title. But in the final midweek of the league season, Gary Lineker missed a string of chances in a shock defeat at Oxford and Liverpool won at Leicester to set up Kenny Dalglish’s iconic Championship-deciding goal at Stamford Bridge. Wembley was just a week away.

It’s impossible to relate how much more significant an occasion the FA Cup final was then compared to now. The extraordinary pictures of a fan literally risking life and limb to bunk into a third-storey Wembley window may give you a clue as to how high a summit meeting that final seemed.

It was a brilliant game that spookily followed the path of the title race. Everton not only took the lead through Lineker’s 40th of the season but they badgered The Reds into disarray. Ten minutes into the second half, Bruce Grobbelaar delivered a faintly comedic rollicking to Jim Beglin. Everton were laughing all the way to some kind of revenge.

That all changed in the space of six second-half minutes. If you ever hear Jan Molby spouting about Liverpool and wonder what he did, he turned that final. Ian Rush scored the glory goals but Molby pulled the strings. Grobbelaar still had to make a flying save in between the two quick goals that edged Liverpool in front but Everton were now hearing echoes of the title run in. Ronnie Whelan skipped symbolically round a big blue balloon and found Rush… 3-1.

I actually went to the Everton banquet that night. Gary Stevens was a big mate and he was getting the blame for a loose pass in the buildup to the equaliser. The blame for a defeat like that hung heavily. Derbies settled national issues as well as local pub arguments.

None of us could have any idea what was coming the way of Merseyside football in the next three years. The 1989 FA Cup final turned out to be the derby that was like no other because of the Hillsborough backdrop. That put everything into a new and chilling perspective. In ’86 it was all about the result — just like this Sunday.

Actually, Liverpool now need a performance almost as much as they need a result. You would have to be the proud owner of bright red blinkers to have watched the Fulham, Cardiff and Huddersfield games and still be surprised that Liverpool toiled against a side with Neymar, Thiago Silva and Kylian Mbappe on board.

For all our silver-tinted memories of past conquests, the next game, the next derby is always the biggest. Liverpool won’t face a team trying to referee the match on Sunday, won’t face the same disruptions and interruptions they had to deal with in Paris, won’t have a Polish referee.

They will have to face the reality that they are not doing themselves justice at the moment. And the next moment is 4.15pm on Sunday.

“We want to bring the city together.” 👏

🗣 Listen to this week’s show in full here 👉 https://t.co/orM9HZxl2N pic.twitter.com/VBLHJ0XjY3