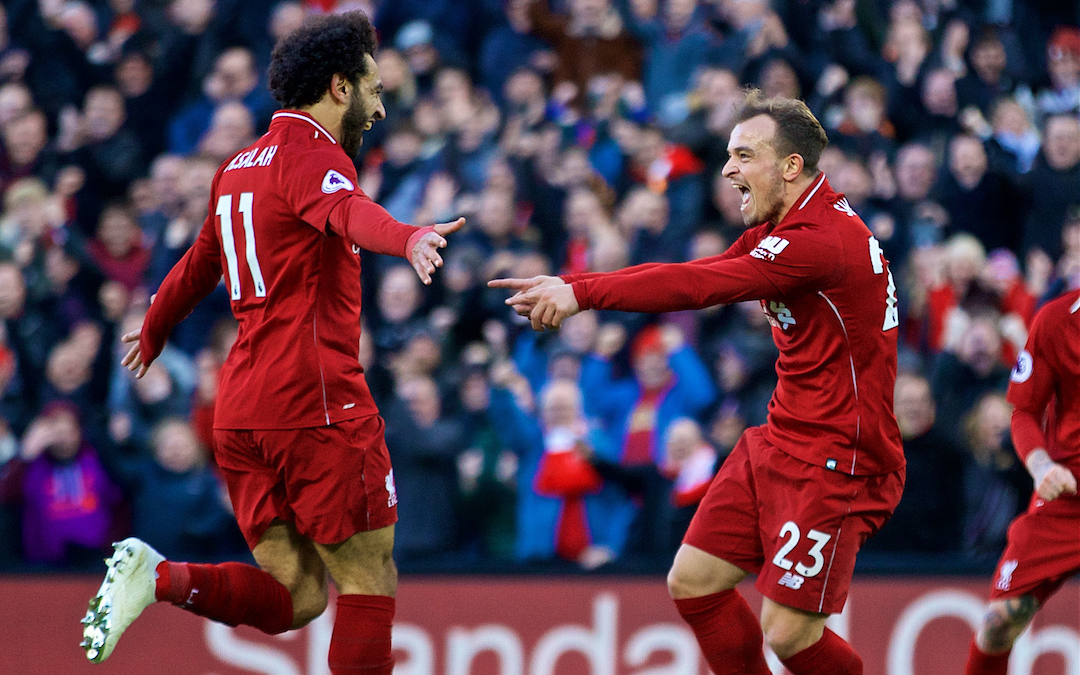 Gambles and scores. Cardiff City have thrown their bodies on the line, done everything they can to stop the goal and yet the ball is in the back of the net, Anfield is in raptures, Cardiff in shreds and there isn’t yet 10 minutes on the clock.

Three outfield Cardiff players are lying on the deck, one with a knock, but all three looking at each other, all three knowing the worst thing that could happen has, all three just done in as were the whole team at that stage. They knew how hard the afternoon was going to be.

Cardiff then should have either conceded a penalty or gone down to 10 men immediately from where I sat. Liverpool perhaps should have scored. Cardiff an absolute mess. And just when the game should have been swept away from… Nothing.

Liverpool allowed their domination to become completely sterile. It was almost as though Cardiff rope-a-doped Liverpool. Nothing worked for Liverpool but that was fine as they didn’t try much. They forced very few issues and lacked urgency in all areas of the pitch. The centre backs seemingly became Liverpool’s most progressive players. It all added up to the most frustrating 4-1 victory I can remember.

At least it seemed that way. But the manager had three warming up at half time and made his first change bang on 60. That change was Adam Lallana for Xherdan Shaqiri. Lallana had very much struggled and had lacked the spark required. Shaqiri was the opposite. He was lively and demanded the ball. James Milner came on and did exactly the same. Two footballers suddenly had other ideas, two wanted the ball. The difference was marked.

Shaqiri got the goal his performances had deserved and in this frustrating game is probably MOM given that he wanted to be MOM. He slalomed through the box and rolled the ball calmly into the corner. Milner was worthy of an assist, but instead terrible things happened behind and Liverpool conceded their first league goal at Anfield since either February or 1993.

Sadio Mane ends the game with a brace and his opener was very much about him forcing the issue. He ought to have ended with a hat trick but Mo Salah decided to shoot from the halfway line instead.

It’s important not to overstate Liverpool’s performance, not to labour the point. Fury inducing frustration is not the same as deep under performance, but there is something concerning or contradictory about The Reds. There is something grown up about them on the one hand, something measured and calm, but on the other that isn’t shots from the halfway.

If Liverpool want to be a crushing machine, commit to it wholeheartedly, but that means crushing Cardiff when they want to be crushed, when three of them lie on the deck, the game taken from them in the 15 minutes that follow before relaxing through the game. Score goals and finish them.

There are 28 more hurdles and some of them soon will need other ideas.