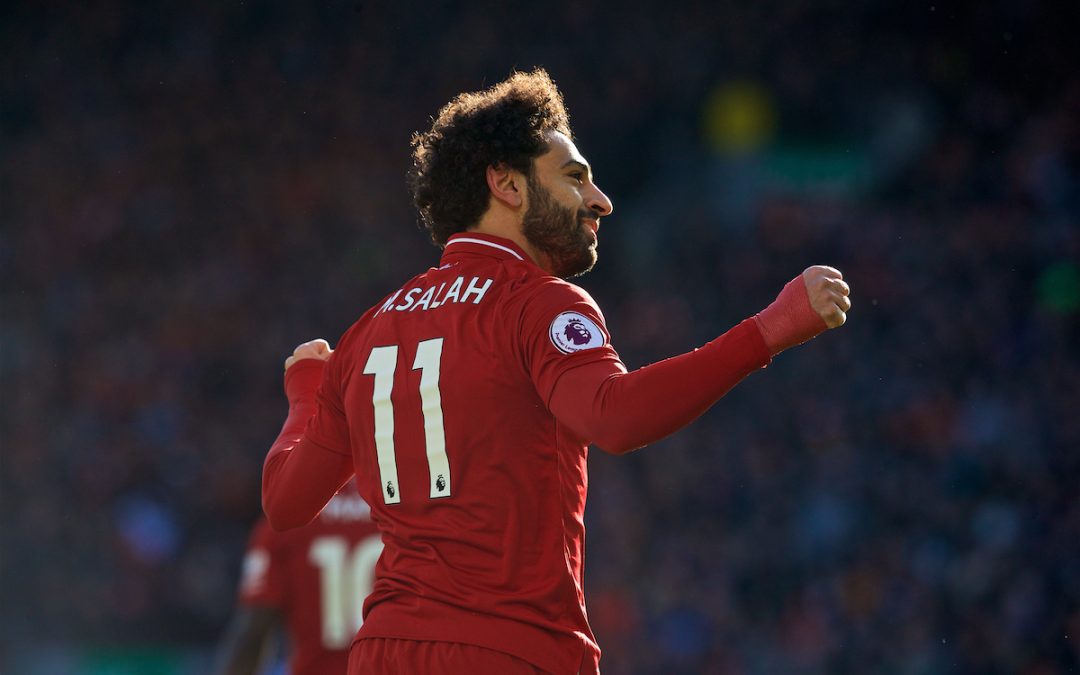 WASN’T the prettiest at times that, was it?

Still, there was nothing better than sticking it to Cardiff’s weird support — completely obsessed with libraries, the employment rate in Liverpool and a Steven Gerrard mistake that cost Liverpool the Premier League title, during a year in which the Bluebirds finished rock bottom.

Oh, and that prick upfront for them who celebrated with his arms raised in front of the Liverpool supporters in the Anfield Road end. Have that, you helmet.

Had nothing to do all game and then conceded with their only shot on target of the game. Not his fault though, in fairness.

Was excited to see him back in but he was hit and miss, to be honest. Linked up well with the attackers but the majority of their attacks came down his side.

Had a mad few minutes where he missed a header and then hooked one out for a throw. Gonna blame the sun being in his eyes. Proper captain. 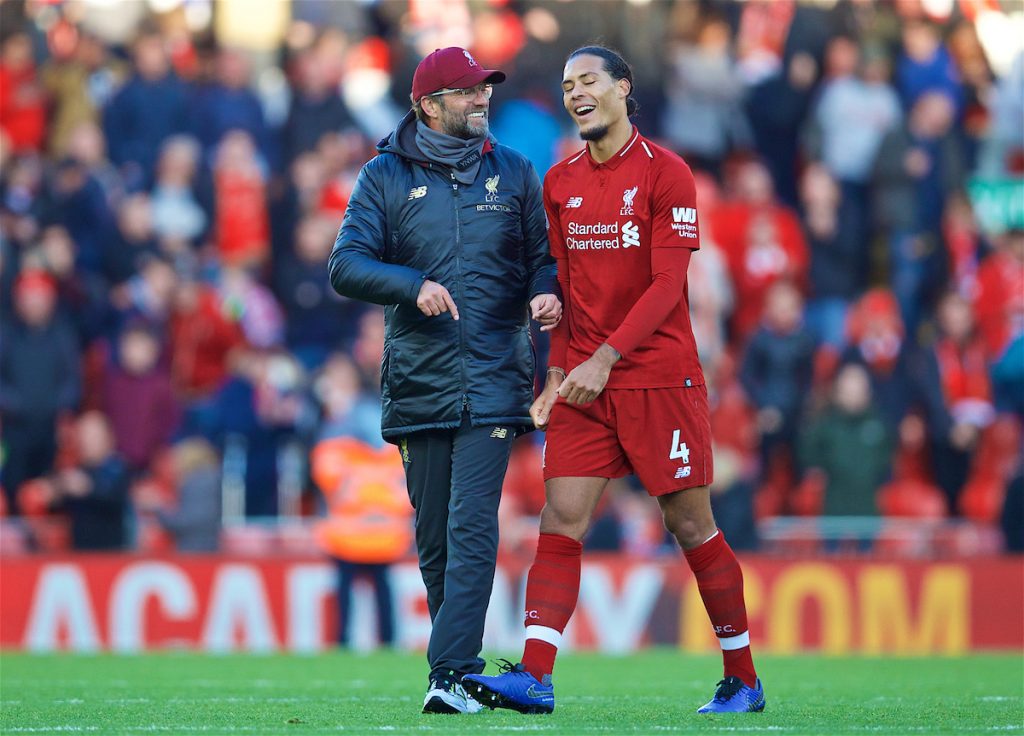 Imagine there were some twitchy backsides this morning when his name appeared on the teamsheet. Didn’t do much wrong, but should have offered more going forward.

Has all of the limbs and absolutely loves a tackle. Decent passer of the ball as well, and is positive with it. Should start against Arsenal.

One of his games he has where it all just ticks along. Broke things up well at some important times.

Looks well off the pace, if we’re being honest. 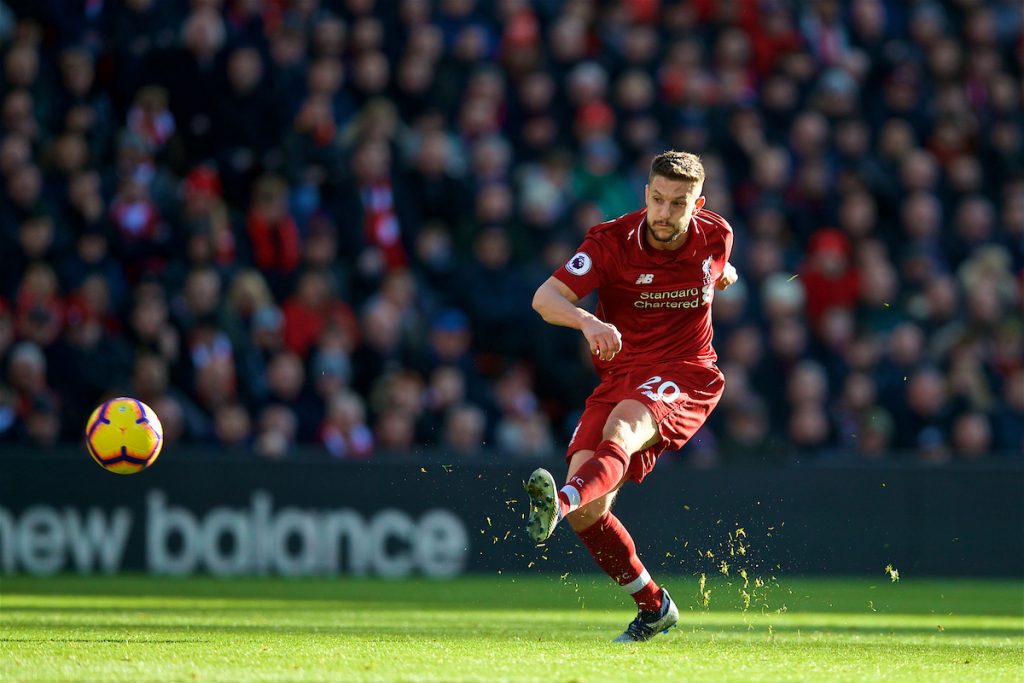 Completely back to his best today and even smiled/celebrated after his goal to silence the conspiracy theorists from midweek. All hail King Mo.

Constantly involved but their box was always too crowded for anything he tried to come off. Love the way he always offers for it, though.

Took both goals really well and was a big threat in behind Cardiff’s defence on the counter attack. Joint second top scorer in the league after a supposed slow start.

Made a world of difference when he came on, and was positive in his play throughout. The fact that he backs himself so much shows on the pitch, in contrast to Lallana. 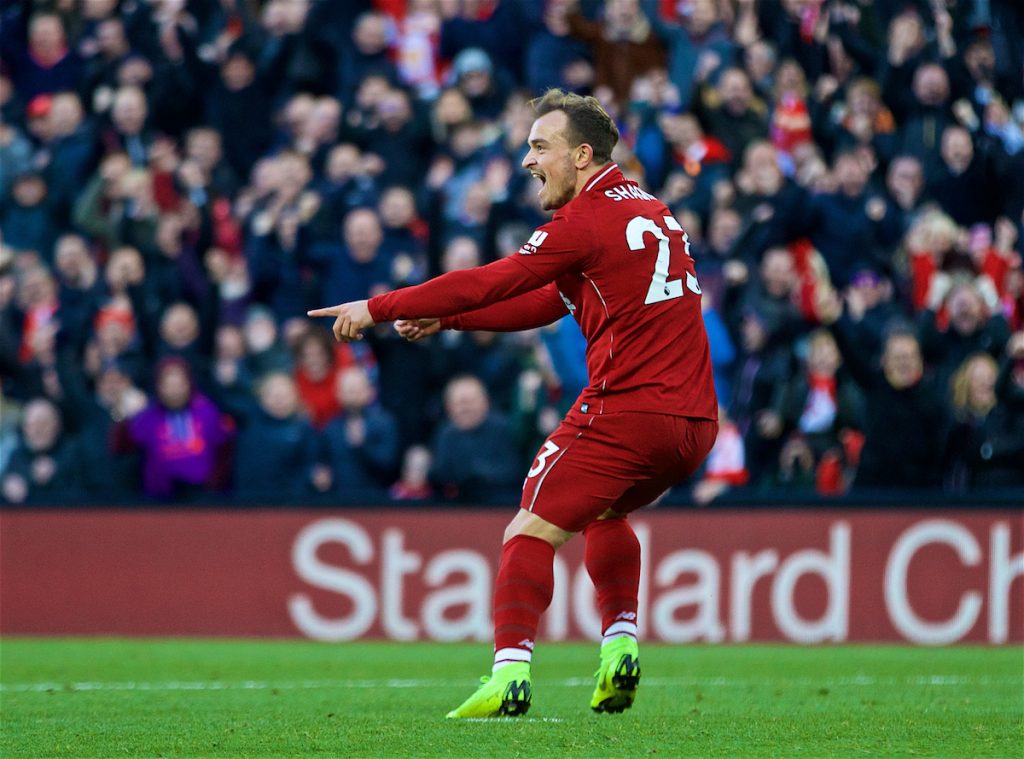 Involved in some good spells of play late on. What more do you want?