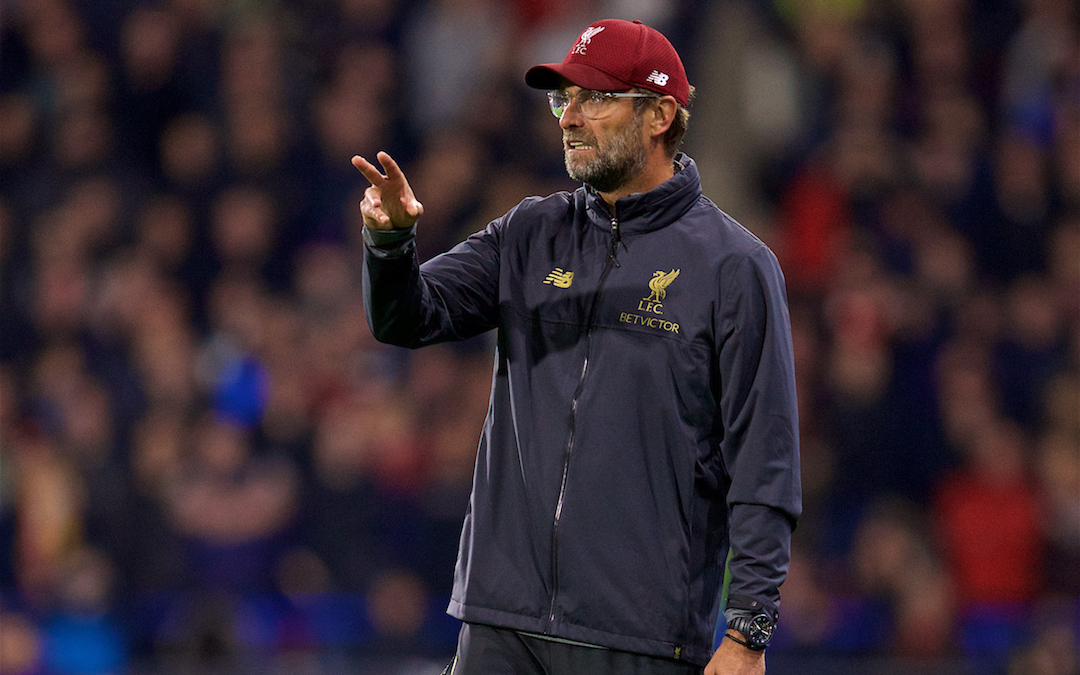 LIVERPOOL answered a few questions and raised a few new ones at the John Smith’s stadium.

Jürgen Klopp was the manager who rotated the most last season in the Premier League, but we haven’t seen anywhere near as much of that this campaign.

That all changed today though, as we saw the full extent of the German’s experimentation around certain lads and their roles within this side.

There have been suggestions that The Reds may be saving their legs for the latter part of the season, given the extent to which they have fallen off late in the day in Klopp’s first two and just over half seasons.

The pressing stats suggest that could well be the case, but there is also an overriding feeling that the manager still doesn’t know this side’s best system with their new-found balance, which he admitted in the week leans towards more defensive stability.

So far we have seen a competence from this Liverpool side, and little more, which has seen them pick up 23 points and remain unbeaten in the league after nine games.

Up the still unbeaten Reds 👏 pic.twitter.com/IcUp1uszys

That possibly tells its own story, as Klopp has broadly picked the same 11 lads who he knows he can trust to get the job done prior to today.

That was justified at certain points today. Liverpool had moments where they looked like the side we’ve seen several times this season who can look in control of a one-goal lead, but you wouldn’t trust to be chasing a game. However, they also had a side of them which didn’t look in control of their lead, and that’s probably a side effect of the manager’s experimenting.

It definitely impacted on the shape, which looked lopsided and gave Huddersfield a lot of joy down The Reds’ left-hand side.

There was a massive disparity between the two full backs on occasion. Joe Gomez operated more like a third centre half when Liverpool had the ball, while Andy Robertson lurked in a left-forward area, with James Milner filling in behind.

It was also the second game in a row in which Trent Alexander-Arnold had to watch on from the bench, which raises some questions about Klopp’s intentions. It’s obvious he’s a fan of Dejan Lovren, and he has done little to let him down in the last two games, but you’d expect Trent’s qualities to give Liverpool more in games like today’s.

We saw about four or five different versions of what a Liverpool midfield can look like, though Klopp was forced into making his second half-time substitution of the season as a precaution around the fitness of Jordan Henderson. 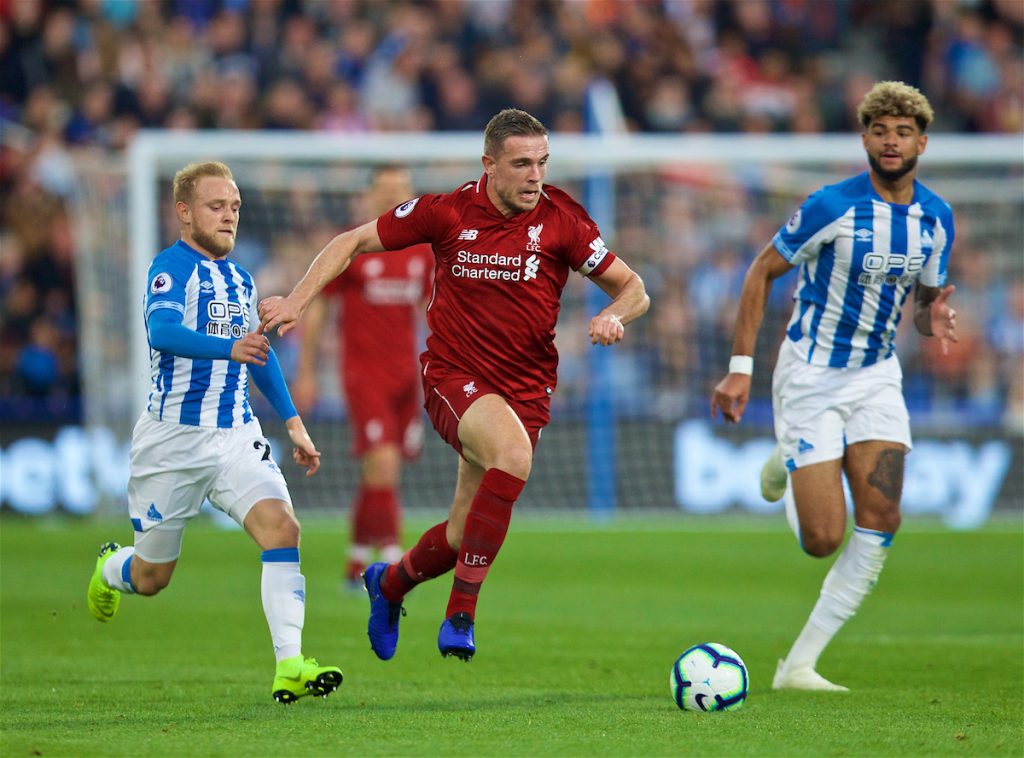 Gini Wijnaldum came on and played the six before Fabinho joined the action for the first time in the league and the Dutchman was moved to the eight. Xherdan Shaqiri and Adam Lallana both switched between a wide 10 role and a deeper central role, and while both showed flashes, it was Shaqiri who looked like he could be an answer to a problem area for The Reds.

There are a few comparisons that can be made between the Swiss international and the injured Alex Oxlade-Chamberlain, who has looked a big miss this season. Shaqiri’s assists for Mo Salah’s goal was an example of what Chamberlain does so well in this side and it might be that the best version of Liverpool 2018-19 features the little Swiss wizard just off the front three.

Salah answered some of his critics with a goal but looked as though he struggled with his general link-up play more than he has in games where he has come under close scrutiny this season.

The Egyptian wasn’t helped by Daniel Sturridge who never really put his stamp on the game, but we all know the contribution he can make and has made this season when he gets it right.

There are still question marks over this Liverpool side, and it may be that Klopp uses this run of games to continue experimenting in a bid to find the system that sticks. In the meantime, he may have to settle for every ugly three points he can get his hands on.

Manchester City won 5-0 at home to Burnley today, though. So we might some goals soon, eh Reds…