How Gini Wijnaldum Fought The Narrative To Lead Liverpool’s Midfield 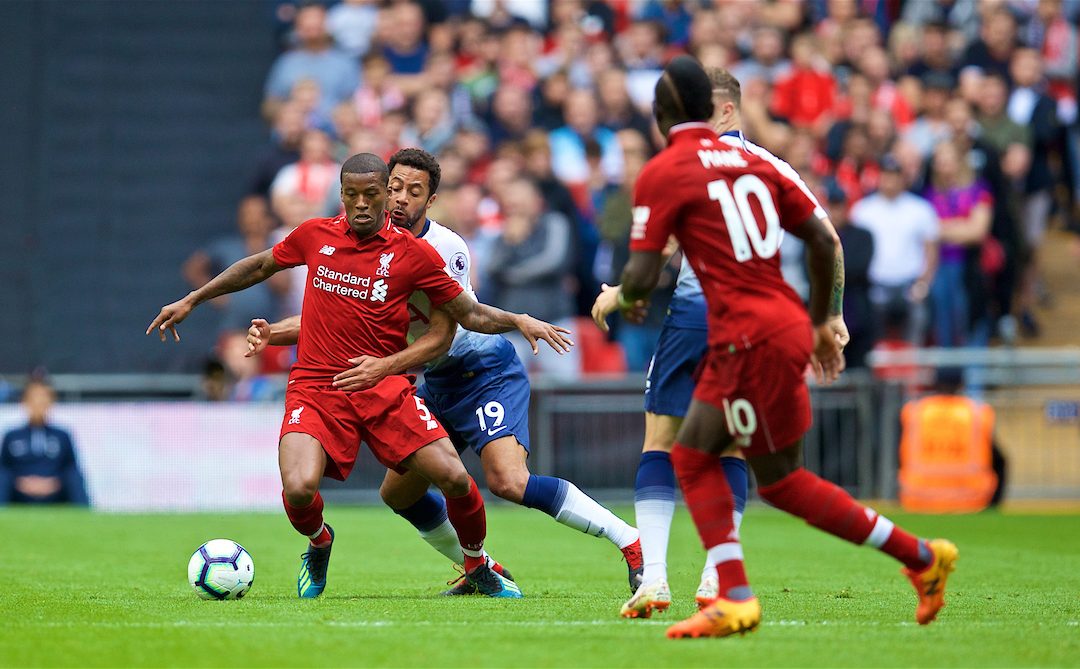 WHO can stop these Reds?

It feels as though every weakness that used to be levelled at this Liverpool side has been corrected, and that Jürgen Klopp has been constantly learning during his tenure.

Klopp has constantly had questions asked of him since he took the reins at Anfield. The latest of those, which seems to crop up every week, is the absence of £45million summer signing Fabinho.

Does he possess the attributes to succeed at Liverpool? Has the adaptation period from the French Ligue 1 to the Premier League been underestimated by those who chased his signature?

While those questions are asked, and may continue to be heading into a run of fixtures so many in the media are assuming we’ll be worried about, Klopp has been selecting the players — particularly in midfield — who he knows will do the business for him in what looked a challenging set of early games.

And yet Liverpool have gone five from five. And yet the man who many thought would have fallen down the pecking order with the arrivals of Fabinho and Naby Keita, has been doing bits. 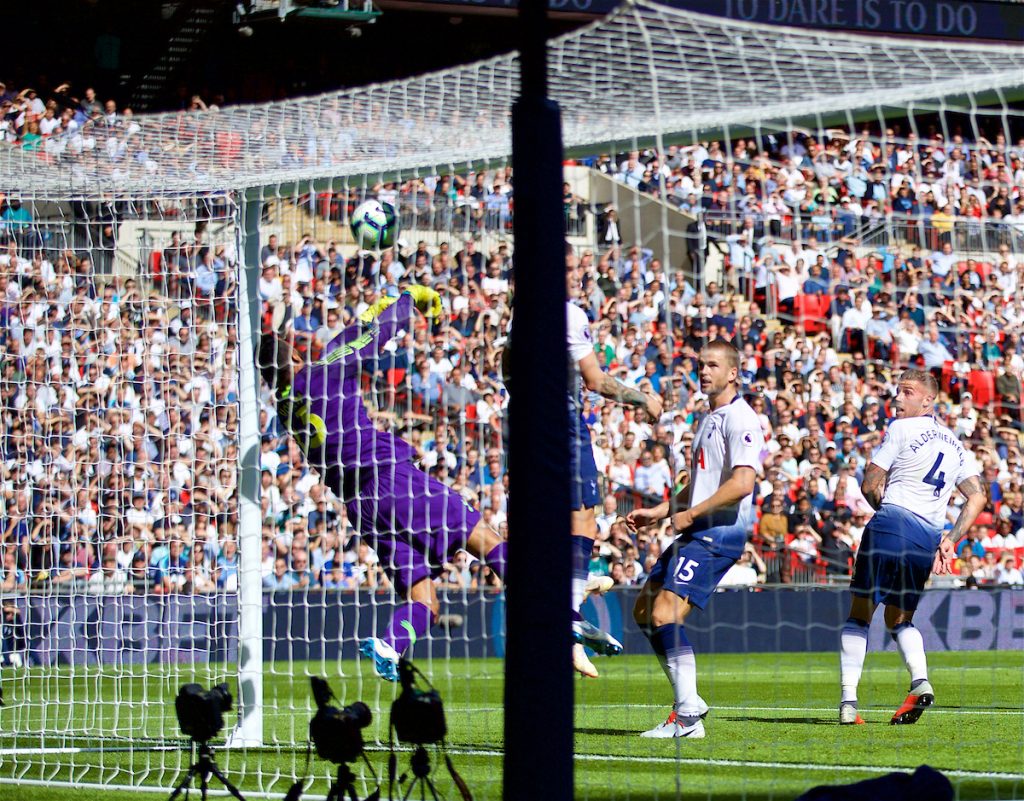 For too long, Gini Wijnaldum had the narrative hanging over him of a player who could only be at his best when his team were in the ascendancy. He was accused of being a passenger in tough away games when the midfield were overrun, and the fact he had never scored an away goal was brought up almost every time The Reds took to the road.

The Dutchman showed everyone with a crucial goal in the Champions League semi final in Rome last season, and he’s showing everybody now.

His goal came at a crucial time for Liverpool today. Having had the better of the early exchanges, Spurs had started to find a foothold in the game. Then Michel Vorm has a poor attempt at a clearance, then Wijnaldum heads it and Vorm appears to save it, except nobody seems to know what’s going on until Michael Oliver points at his watch.

A Wijnaldum away goal. At Wembley of all places. Against Spurs of all teams. Cop for that.

The midfield were crucial to Liverpool’s counter-attacking dominance. After a less than impressive first half, the quality of each individual shone through in the second half.

James Milner once again stood head and shoulders above everybody else on the pitch. Keita was everywhere with his deft flicks and clever runs. But Wijnaldum just got the job done, as he has done time and again for Liverpool.

When he was signed from relegated Newcastle back in the summer of 2016, many scratched their heads as to where he would fit in. 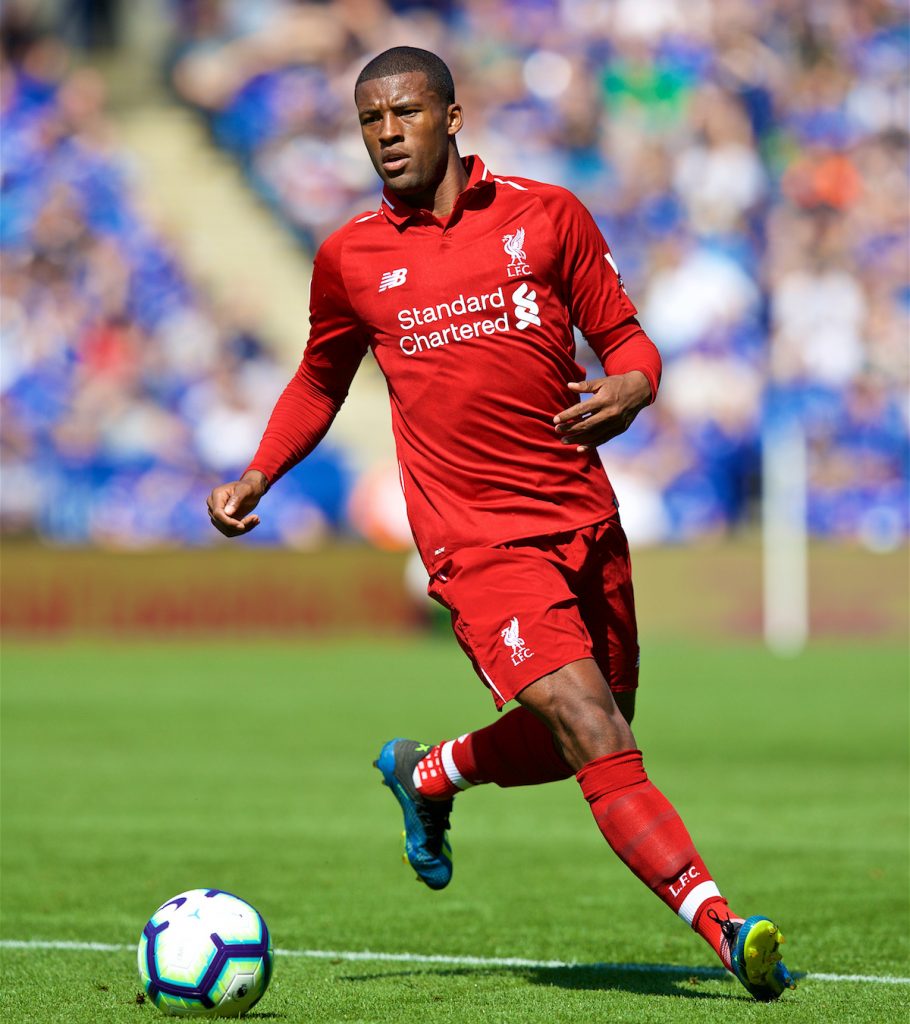 Little did any of us know, he can play almost anywhere on the pitch. He can dominate and dictate games no matter where you decide to centre him.

Since the start of the season, his main role has been the number six, which has for so long been a problem area for Liverpool. It is an area supporters assumed had been patched up with the arrival of Fabinho.

Klopp has often been criticised for showing too much faith in players, albeit fairly on occasion.

Wijnaldum is an example of how battling against the narrative, and coming out the other side, can reap great reward.