Should Roberto Firmino Be Considered Among The World’s Best Forwards? 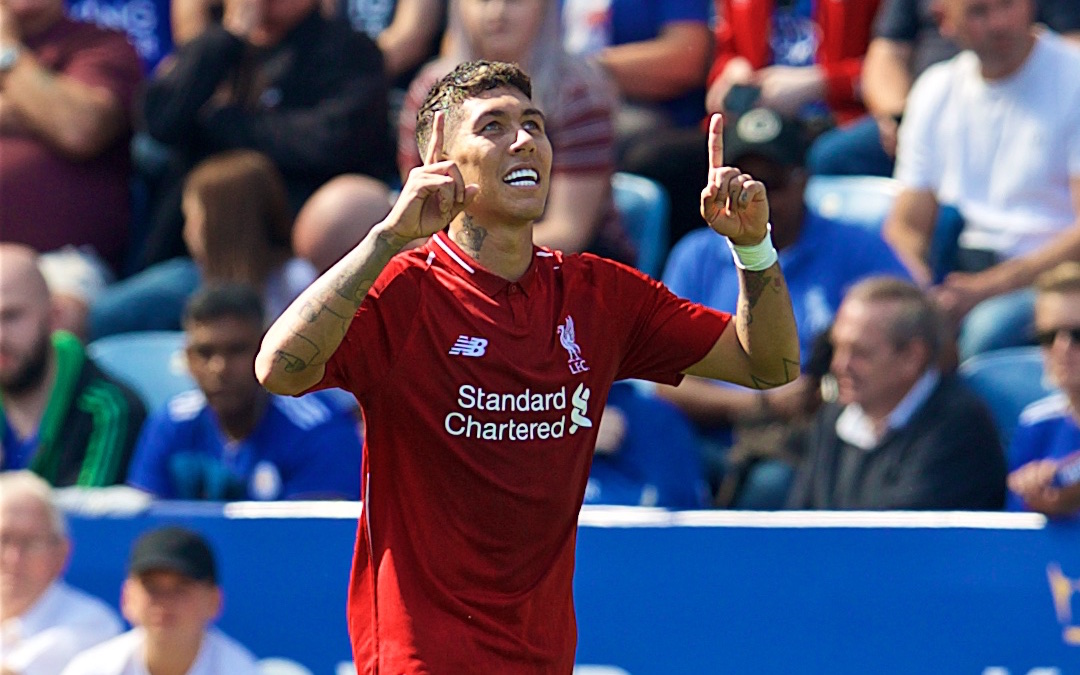 DURING the Leicester game, a stat popped up on Sky Sports which surprised me more than it should have done.

For someone who is still hugely underrated by non-Liverpool fans and not perceived as a “natural forward”, these are very impressive numbers. They tell us two things – that he’s highly effective as both a provider and finisher, and that he’s been consistent over a long period of time.

What’s even more impressive is that he’s achieved these numbers in the final third while still getting through an admirable amount of defensive work. Last season, he won an incredible 65 tackles in the league, more than Jan Vertonghen, Harry Maguire and Nicolas Otamendi. This highlights how integral he is to Klopp’s Gegenpressing system of defending from the front.

Despite these stats, Firmino never seems to come up in conversations about so-called elite forwards. He’s never been a regular starter for Brazil, he’s never won a Premier League Player of the Month award and he’s never been featured in the PFA Team of the Year.

Why exactly does Firmino not always get the recognition he deserves? Could it be that he occasionally flatters to deceive? After all, he can rightly or wrongly appear to be on the periphery at times. Never has this been more evident than in the first few games of this current campaign, where he has blown hot and cold.

At times he can really frustrate, as we saw against Leicester where the ball kept bouncing off him and nothing seemed to be going right. At times you want more from him.

But then he scores with a great header after a clever piece of movement against Leicester and grabs assists against Brighton and West Ham, and you question why you ever doubted him. To use a cliché, the fact he’s still delivering match-winning moments when not playing close to his best shows what a world-class striker he is.

Even though it looks like he could play in a slightly deeper position than what we’ve seen in previous seasons, you’d still back him to easily reach 20 goals in all competitions, simply because of how adaptable he is.

If we compare Firmino to some of Europe’s top forwards, the stats highlight just how much he uses this adaptability to his advantage, and reiterate that he’s among the top strikers in world football.

In last season’s Champions League, he assisted more than any other player and only Cristiano Ronaldo scored more goals in the competition. In the Premier League, he achieved a higher shot accuracy rate than Harry Kane and Sergio Aguero, according to Squawka.

With this in mind, why is Firmino still not talked about as one of the world’s elite forwards? For all the adulation he rightly receives from Liverpool fans, it seems this adulation doesn’t carry through to the wider football world.

Part of the problem is that his game is primarily about industry, guile and end product, and these characteristics maybe count against him in some respects, as we saw at the World Cup.

Before each Brazil game, I waited intently for the starting 11s, hoping that the head coach Tite might finally see sense and start Firmino ahead of the relatively anonymous Gabriel Jesus. Why Tite kept opting for the latter when he contributed nothing in games is beyond me – and probably beyond most people save for some at the Manchester Evening News. 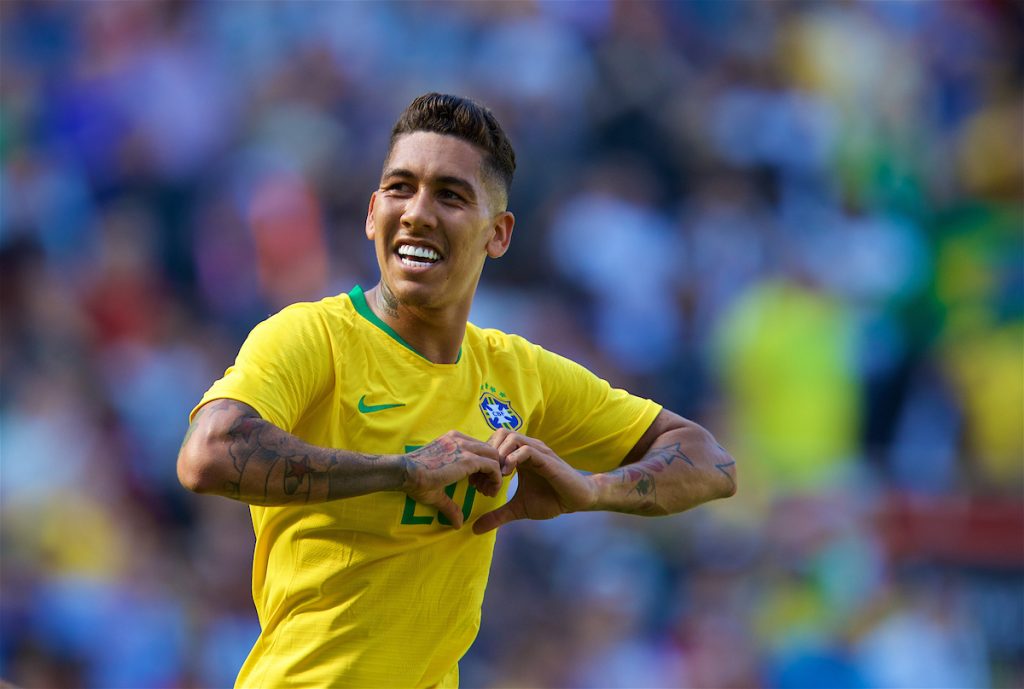 When Firmino came on, particularly in the group stage matches against Switzerland and Mexico, you noticed a marked improvement in Brazil’s attacking threat. Not only did he grab a goal against Mexico late on, he created space for the likes of Neymar and linked up the play perfectly at times. He was unfortunate not to score more goals and can count himself hugely unlucky that, for whatever reason, Tite didn’t seem to fancy him as a starter.

With Jesus absent from Brazil’s friendly with the USA on Saturday, Firmino yet again gave Tite a glimpse of the goalscoring touch that was missing when the Liverpool striker was left out, with a poacher’s finish in the 11th minute.

Another reminder of how much Firmino goes under the radar was the Roma home game last season. Before the game, I was talking to a group of Roma fans. They asked me who Liverpool’s most important player was and one of them even followed up straight away by asking if it was Mo Salah. Without hesitation I said Firmino, because he sets the tempo for how we play – and I was proved right that evening.

He got two goals and two assists (one of which came from a ridiculous nutmeg and a perfectly weighted through ball), yet much of the talk after the game centred around Salah’s wonder goal and Liverpool “throwing away” a healthy lead.

This, again, sums up Firmino – he makes telling contributions to a game, but these can sometimes go unnoticed outside of the Liverpool supporter base because he doesn’t curl one in off the crossbar from the edge of the box. Ultimately, he’s not as “easy on the eye” as Salah or Sadio Mane, but this doesn’t make him any less effective.

That said, as a Liverpool fan, I love the fact that Firmino has gone under the radar, despite his clear ability. I love the fact that Bayern Munich, Barcelona or Real Madrid haven’t swooped for him or even really been linked with him, because I know he’s good enough to start week in, week out for any of these teams.

If they don’t realise that, then it’s fine by me. Long may Firmino continue to be the underrated one among the best forwards in world football.

“The interest in [Rabiot] from Liverpool since Klopp arrived has always been there.”🗣

“There’s been a lot of positives so far in those contacts.”🇫🇷