Why Naby Keita Can Be The Difference Maker For Liverpool 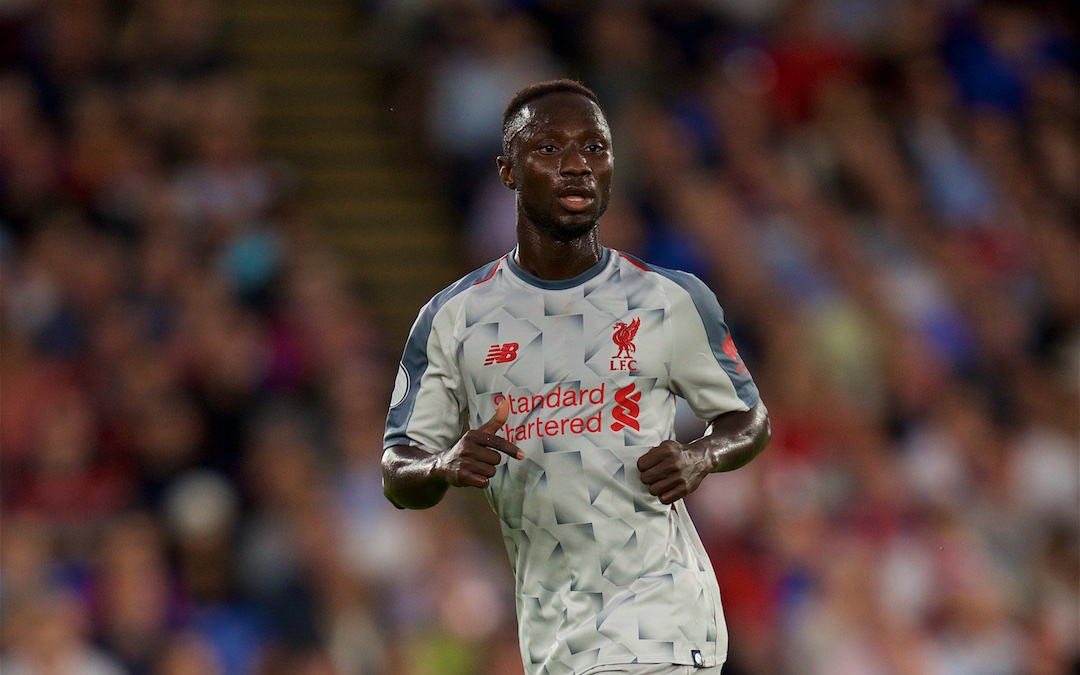 NABY Keita has made a good start to his Liverpool career.

He was that impressive in pre-season there was a rumour —  completely made up by me — that everyone faked he had a neck injury just so we could hide him away a bit longer.

Any idea that we might be able to keep him a secret from the rest of Premier League for as long as possible went out the window on Monday night when he made an absolute show of Andros Townsend on live television before playing a perfect ball through to Mo Salah. If we were going to pull back the curtain and let the world see the eighth wonder of the world, Mo could at least have had the decency to score.

But it is too late now. Naby is going to be absolutely GIF-tastic all season and we are just going to have to accept it. Maybe it is fine, anyway. Because like all great players, it’s one thing knowing what they do, it’s another thing trying to stop it.

I wonder why we are all quite so excited about Naby after just two league performances that he hasn’t scored in. Maybe it is because we have had to wait all year for him, and so he feels a bit like Christmas. Maybe it is because he is basically Roy of the Rovers. Tackling one minute, bursting forward the next. We haven’t seen a sign of “Keita’s Rocket” yet, and I don’t think he’s dating the club secretary, but perhaps it is only a matter of time.

It obviously helps that we are finally really good at signings, so we basically don’t have to worry about that anymore. Instead of looking for players’ faults and wondering how he will adapt, we can just focus on his strengths and imagine how he will frighten.

And boy does Naby look like he will frighten. He does that thing which all defenders hate; namely, run at them really fast with the ball. It’s that effective you are surprised more players don’t try it. But maybe it is harder than it looks. Maybe it is difficult to do it without slowing down or tripping over the ball. Or both.

Naby powers through with his low centre of gravity making it hard to knock him off the ball and no defender seems quite sure what to do yet. They can try and swarm him, but that just opens up space for someone else. I don’t know if you have watched Liverpool recently, but those “someone else” lads are quite good.

I think that is why we are all so excited about Naby. There was “Fab Four” chat last season before Phil Coutinho left, but in truth the balance never seemed quite right when all four of them were on the pitch.

By the end of the season the midfield was more solid but also more workmanlike. Keita looks the perfect balance between the two. Able to win all the battles but also willing and able to support the attack in a meaningful way.

As good as the front three are, the best teams always have one more threat the opposition don’t want. Just when you think you have figured them out, someone else comes to the party. Keita looks like he enters a party like Frank the Tank. And that is very much a party I want to go to.

“Liverpool have won their first two games without conceding a goal… and they’re nowhere near their full capability yet.” ✊