The Standing Debate: At Last They’re Listening. Why You Should Have Your Say 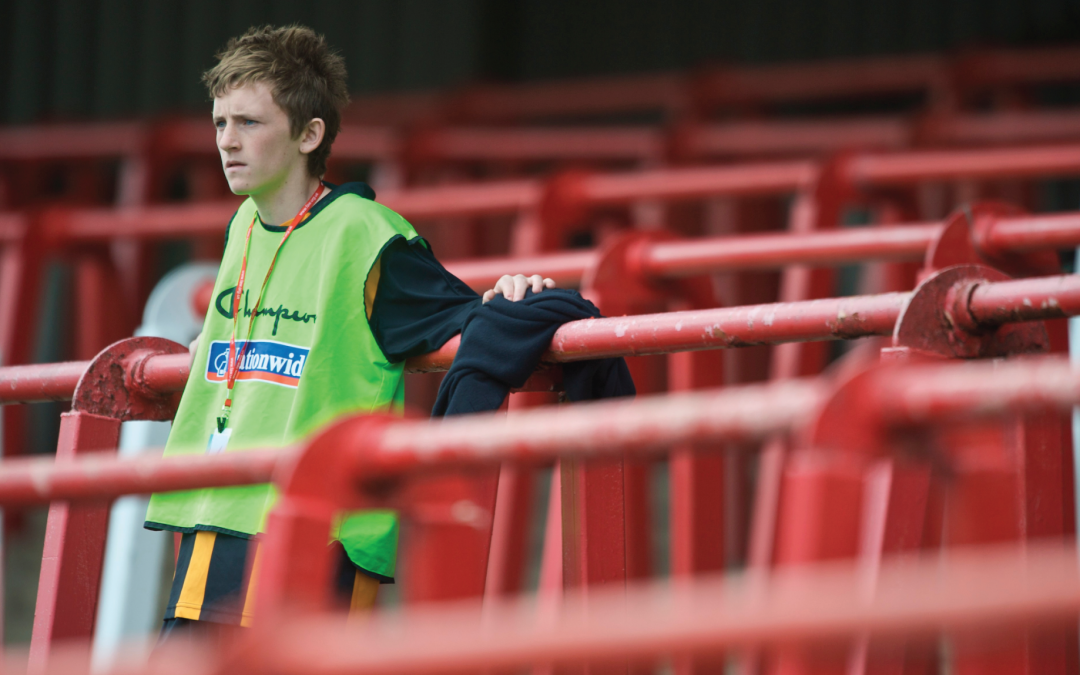 FOR many of those that regularly go to watch Liverpool home and away, the battle scars from standing in sections not fit for that purpose have become a bit of a joke.

Cuts and bruises from tumbling into, and over, shin-high backs of seats are often part of the brag and bravado around being there when it all went off — that goal; that moment — when the whistle finally blew and you knew they were there and we all went mad.

Any Kopite will tell you that what is officially a seating section is so often a standing area for 90 minutes and more. That was certainly the case in last season’s European matches. Even in the more run-of-the-mill games, block 306 of The Kop is an unofficial standing area.

It’s the same when Liverpool go on the road. The passionate, the fired up, those singing and shouting and getting stuck into the ref, they want to stand. It comes naturally.

The enforcement of all-seater stadium in the top two divisions in England, a recommendation of the post-Hillsborough Disaster Taylor Report, has failed to change behaviour. Standing at football is as prevalent as ever and a regular occurrence at grounds all around.

While those fit and able to do so can brag and boast about the battle scars of a Kop let off after standing for 90 minutes, plenty of others bemoan the status quo. No stand at Anfield — or anywhere in the Premier League — has an official standing area.

So some want to stand, some want to sit. Some have to sit. And when it all goes off, some are put in danger by flailing fans flying over rows of seats. For a little kid, for instance, it can be far from an enjoyable experience.

So why not give clubs — and their fans — the choice? Why not offer places to sit and places to stand (and stand in safety, rather than the current situation)?

It’s a key question among many that have led to the issue of standing at football in England and Wales reaching Parliament and a debate scheduled for June 25.

Dr Rosena Allin-Khan, Labour’s Shadow Minister For Sport, invited supporters from across the country to a round-table discussion at Parliament ahead of that debate today.

She had already visited Liverpool previously in an information-gathering trip last month.

A big turnout representing more than a third of the clubs in The Championship and The Premier League offered their opinions as to why the time is right for a shift in legislation that currently blocks the way for clubs wanting to introduce a standing section in the top two leagues.

An Arsenal fan told of a 7,000 capacity section in the MLS at Orlando, which also catered for wheelchair supporters, meaning he had enjoyed a brilliant experience with the most passionate supporters.

The Liverpool story was told — of the Spirit of Shankly survey showing 88 percent in favour from 18,000 polled, of survivors and relatives of those who died at Hillsborough visiting — and being impressed by — the section at Celtic.

A Fulham fan reiterated the current conflict between those who want to sit and stand being housed in the same sections while a Spurs supporter suggested clubs, fans and local authorities – including safety experts – know their own grounds, and their own requirements best, so why not allow them to make the call?

A Villa fan emphasised the huge differences between the football culture — and the terracing of the 1980s — with what is being proposed in 2018 (and already exists at Celtic, Shrewsbury Town, in Europe and further afield). “We don’t have fences now,” he said. “They played a big part in the deaths [at Hillsborough].”

Dr Allin-Khan said her conversations had revealed many supporters feel there is a prejudice applied to football fans — why can you stand at other sports but not football? Why can you stand at a rugby match or a concert at a football ground but not when actual football is played?

A Manchester United fan pointed to Cardiff City, where the club has recognised there is an area where fans stand and is actively managing it as a standing area. Fans in the room revealed there are ‘unofficial’ standing areas at Burnley and Watford.

Leeds and Hull fans talked of how their away following always stands — and how that has impacted on older supporters, some of whom now choose not to go away because they can’t stand for 90 minutes. If they had a choice, they said, they may return. Right now they don’t. So the majority stand in seating areas at aways. And the minority have no option but to try to do the same.

A Palace fan highlighted the uncertainty and inconsistency around the current situation, citing the example of away fans at Anfield being threatened with ejection for standing while at other end of the pitch The Kop stands en masse. So often, supporters literally don’t know where they stand.

More than a third of clubs in The Championship and The Premier League were represented on the day.

Meanwhile, the Government — after its Sports Minister Tracey Crouch had previously labelled supporters of standing a “vocal minority” — has now attempted, via unnamed “sources” in the press, to claim it is engaging with fans, although there is little evidence of that being the case so far.

The next step then is the debate, when the 110,000-plus who signed the petition, everyone who took time out to travel to London on a Wednesday afternoon to give their views, and thousands of other match-going supporters will hope common sense prevails and an unsafe, unsatisfactory situation is allowed to be improved upon when fans and clubs will it to.

In the meantime, Labour are continuing to gather evidence from fans on standing. To have your say, fill out this survey.