Liverpool v Roma: Rome Away From Home – The Finale 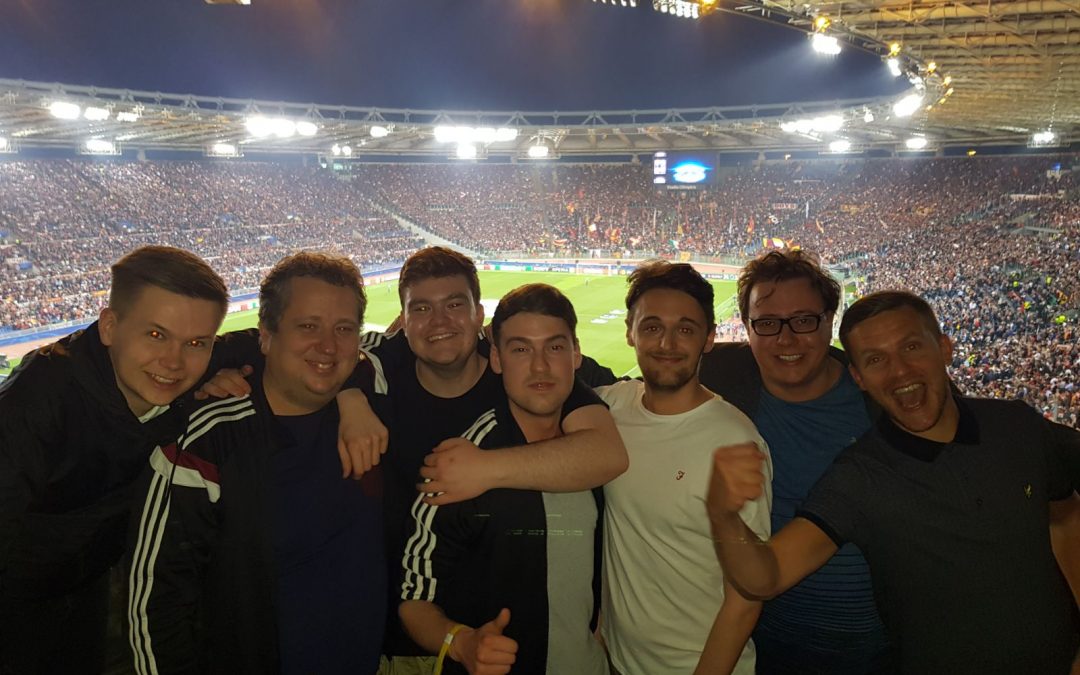 IT’S pretty hard to put into words what this trip to Rome has been like.

For all the concerns beforehand, all the well wishes from friends and family, you’d have to be made of wood to not let a percentage of the fear seep into your psyche.

Instead, what has greeted us in Rome has been the warmest people. Rome itself is a beautiful city, possibly the most picturesque city I’ve ever been to. But, a lot like Liverpool in a certain sense, it’s the people that inhabit it that make it such a vibrant place within it’s ancient surroundings.

The people we have come across during our time here have gone above and beyond to make sure our needs are met and have shown in no uncertain terms that the actions of a few shouldn’t tarnish the reputation of a whole city.

Being greeted by the president at Rome’s city council buildings the morning before the game, where we were presented with gifts to be passed on to the family of Sean Cox, we were shown the true value of human compassion. At the end of the day, we’re all human beings and, as I said in my first of these travel blogs, there is more that unites us than divides us.

And that leads me on to The Reds. What a gang of lads they really are. When the full-time whistle blows and a place in Kiev is confirmed, the unbridled joy between two bodies of people was too much for a running track and high fencing to keep apart.

The players came over at the end to soak in the plaudits, but most importantly to revel in the joy of being a part of this football club. They eventually come to the section of the running track directly beneath the fans and bounce around to the club’s new anthem and you realise what we’re all in this for.

These are lads who get it. They get what it is to be a part of Liverpool Football Club and they deserve all the plaudits for doing as much as they can to maintain that bond between players and supporters, in a world which is increasingly driving in the opposite direction.

Amid the celebrations they held up a banner carrying the name of Sean Cox as You’ll Never Walk Alone rung out and, as much as the result over two legs is amazing and an eighth Champions League final is the stuff that dreams are made of, you realise what is important in life and that is people.

These players are good people. The manager, who came out on his own to share a personal moment with the 5,000 travelling fans, is a good person, actively promotes being a good person and surrounds himself with good people. And the people of Rome, while there will possibly always be a minority in every walk of life who lack compassion and understanding, there will always be others full of it to counteract that fact.

So here’s to The Reds and here’s to Rome. The two will always hold a special place in my heart.