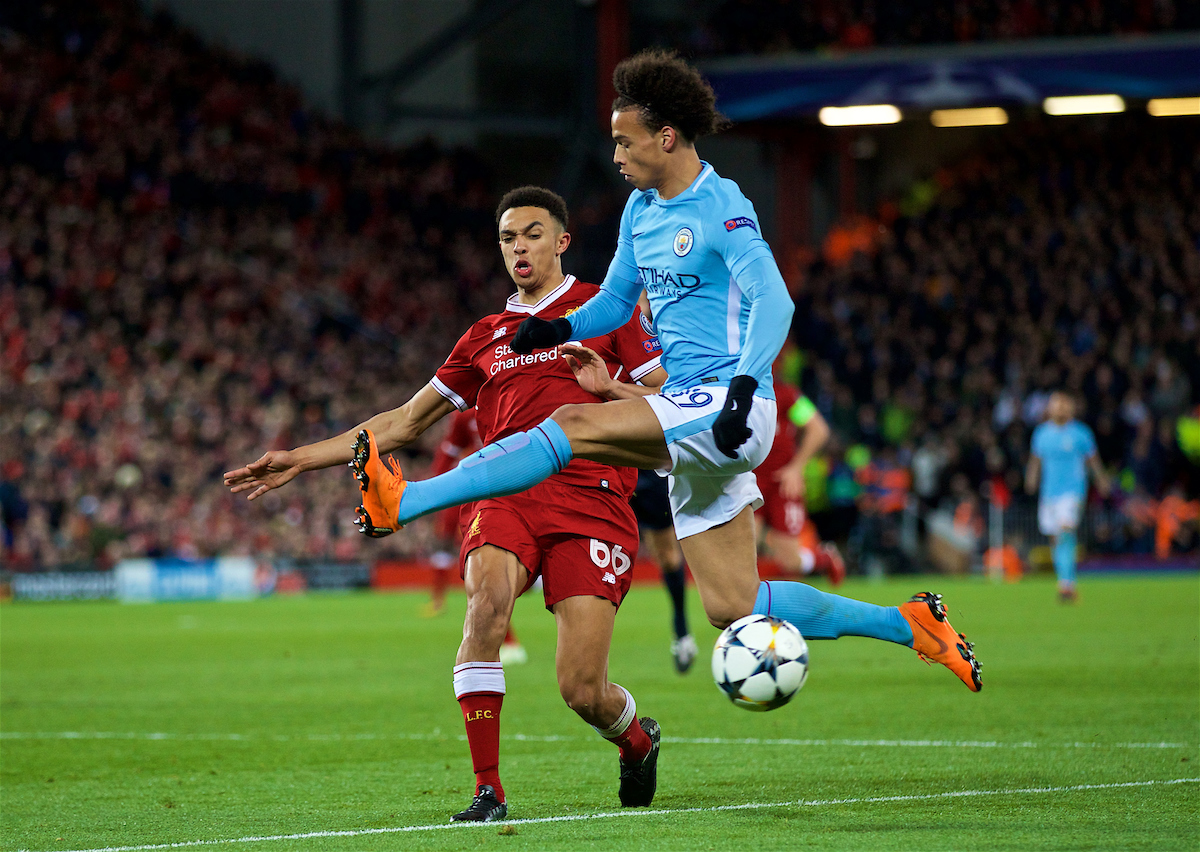 TRENT Alexander-Arnold has been praised for answering his critics by Liverpool under-23s boss Neil Critchley, in the wake of his man of the match performance in the first leg of the Champions League quarter finals.

The right back produced a dominating display in Wednesday night’s 3-0 win over Manchester City, standing up to the task of dealing with the impressive Leroy Sane on a pulsating night at Anfield.

Trent had endured a difficult run of games with opposition teams targeting him as a weak link in Liverpool’s defence, being blamed in some quarters for his part in the concession of goals against Manchester United and Crystal Palace.

As a result, there were fears that the 19-year-old would be exposed in what was undoubtedly the biggest game of his career so far, but he stood up to the task and put in what many believe to be his biggest performance to date.

Critchley, speaking ahead of Liverpool under-23s’ upcoming match against Arsenal, praised Trent’s response to those who doubted him. He said: “I thought it was a really top performance from him. He’s had a bit of criticism recently and I thought he answered his critics in emphatic fashion.

“He was questioned with what he’s been questioned about – his defending. He had to do a lot of it and I thought he did extremely well. I was delighted for him.”

After his recent interview with The Anfield Wrap, in which he discussed being a local lad and the responsibility he feels towards the community as a result, Trent was credited by many as coming across down to earth and humble, something which Critchley goes along with.

The under 23s host Arsenal on Friday, April 6 at Prenton Park, Tranmere at 7pm. Tickets are free for members and season-ticket holders by bringing their cards to the ground. Admission on the gate is £3 for adults and £1 for children and concessions.