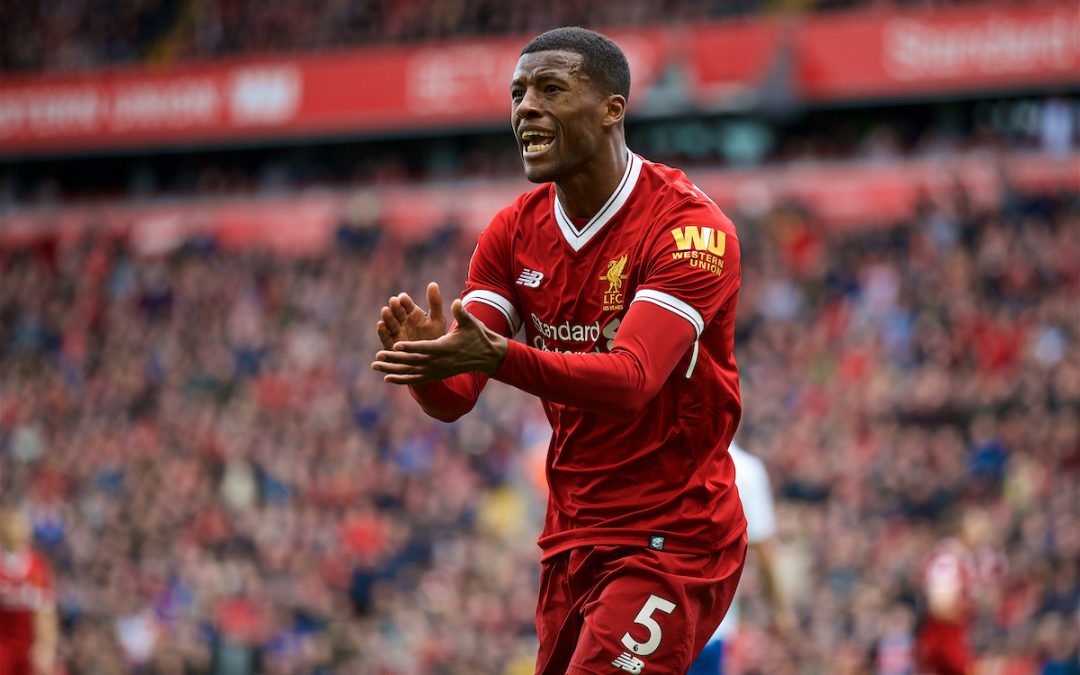 I’m prepared to allow for a tactical idea — that sides tend to stand off Liverpool’s attackers and look to block rather than engage. I’m prepared to acknowledge that perhaps that is a factor. But it can’t be the only factor.

The key factor, I think, is referees are determined on a subconscious level not to be tricked either by elite players or by an intimidating atmosphere into making incorrect decisions. Liverpool’s atmosphere for a side 19th at 12:30 after a European tie may not be all that intimidating, but that is why I think the whole thing is on a subconscious level.

It is hurting The Reds. As was said earlier in the season — we should get to win 1-0. We should get to win without playing well. We should be allowed that bit of luck, a bad decision by an opposing player or a referee, to get you ahead in a game like this one. Liverpool weren’t very good today, but that should be no barrier to getting a result. It isn’t in at least 60 per cent of Premier League games played in any random weekend.

Today was very much that day. Liverpool were the architects of their own downfall against West Brom last weekend; a few weeks back they chose their fate at Goodison Park and worked towards it. But today was the day when the referee gives you something, you get away with being offside and banging it in, you get something, anything you shouldn’t and you get the points.

But it wasn’t to be.

It was to be was a physical encounter where it was clear Stoke were going to have a go for it early, only to fade in both halves and be reduced to hugely concerning but very sporadic forays towards the Liverpool goal. Last week at West Brom it could be argued they are a better side than their league position. This week it can be argued Stoke are a more spirited side than their league position. Greater quality and they may well have punished a disjointed Liverpool.

On our post-match show new contributor Jordan Keeble said that Liverpool looked “out of sync”. Sync is an abbreviated word, reduced from “synchronisation”. That is exactly what was lacked across the pitch. Liverpool were insufficiently synchronised. 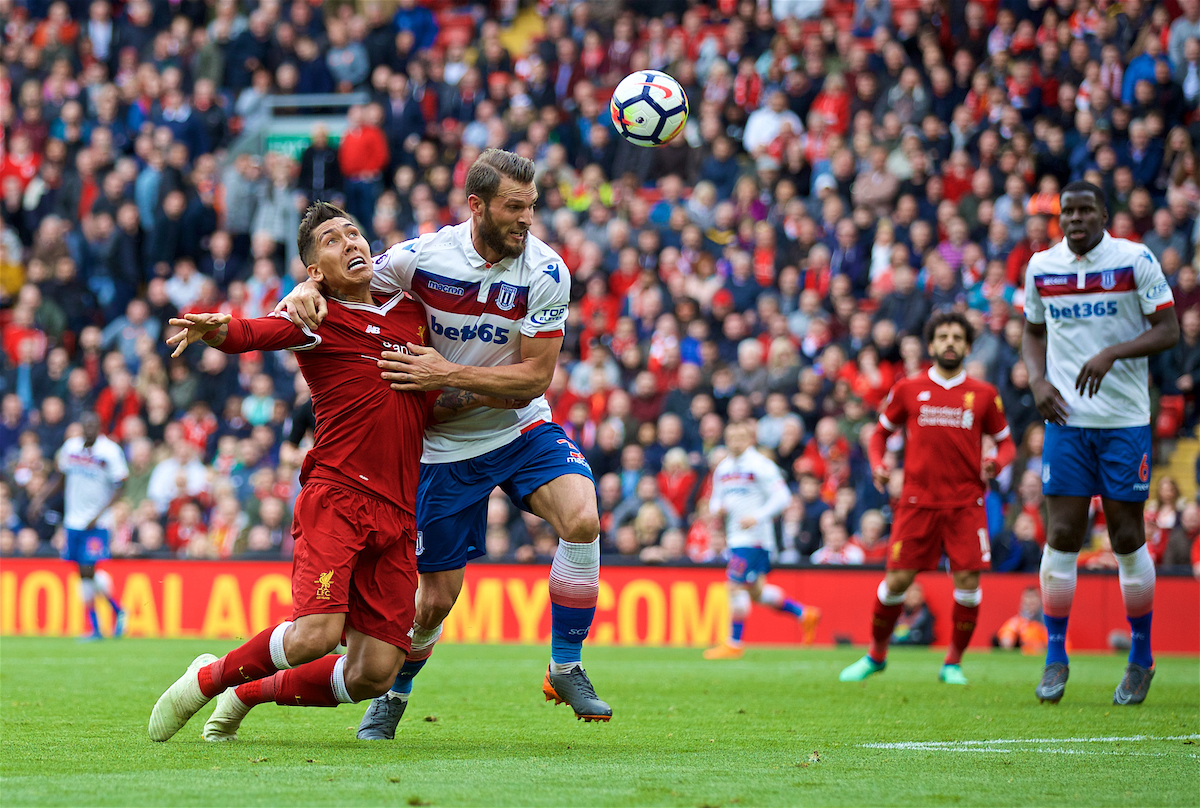 The staggering thing about sync is you only truly notice it when it isn’t there. When Liverpool attack, when Liverpool slay, as we know they can, the fluidity is remarkable but today that was the main thing that was missing. Danny Ings, Alberto Moreno, Joe Gomez and Trent Alexander-Arnold all toiled at times; Nathaniel Clyne did well when he came on but very much as a bit of an island, not as part of the Liverpool machine.

Liverpool work a lot on their synchronisation. Every now and again something will come out about Liverpool’s training, whether positive or negative in the mouth of the teller, about how much work they do on attacking shape. Today, in its absence, you were truly able to acknowledge how valuable that work is and how it is that work, which has been ongoing since the summer of 2016, has got us where we are today.

Well, that and excellent players. Today’s game spoke volumes for Sadio Mane, Alex Oxlade-Chamberlain and Andy Robertson. Even for Alexander-Arnold as a right back. Those four come through today with their reputations enhanced. Moreno didn’t toil as Gomez or Ings did but he now very much looks the second-class option in a first-class side. He won’t be the first left back a Liverpool team has evolved beyond. These three lads though have played their part in this campaign and all should have second acts — only Gomez, you feel, has his at Anfield when the dust settles.

But we’ve done this before. Written a footballer off only to have Jurgen Klopp and his team get into them and find a way to get them back in sync. It could well happen again.

What today’s point suggests is that something else will happen again — Liverpool in the Champions League. There are now three routes of entry for The Reds. Stopping Chelsea next week, beating Brighton last day or winning the whole thing. That relies on Chelsea remaining perfect too.

While Liverpool weren’t their sleek, beautifully dressed selves today, the feeling persists that the qualification could well be a belt and braces affair. A result against Chelsea, a win against Brighton and that huge silver pot seem as likely as any other outcome right now, as long as The Reds can keep motoring, can keep going, can get the synchronised lads on the pitch and as fit as they can be.

At some point they’ll need a bit more luck, they’ll need one or two refereeing decisions to go their way. Let’s hope we’re going to see it evened up over the remainder of the campaign. That’s what’s meant to happen. Let’s hope we’re going to see Penaltypool back. It’d be lovely to have a spate of them. Until then though let’s just keep pushing. Wednesday and then hopefully three more big pushes.

Nearly there my lovely boys, just stay in formation. Slay.