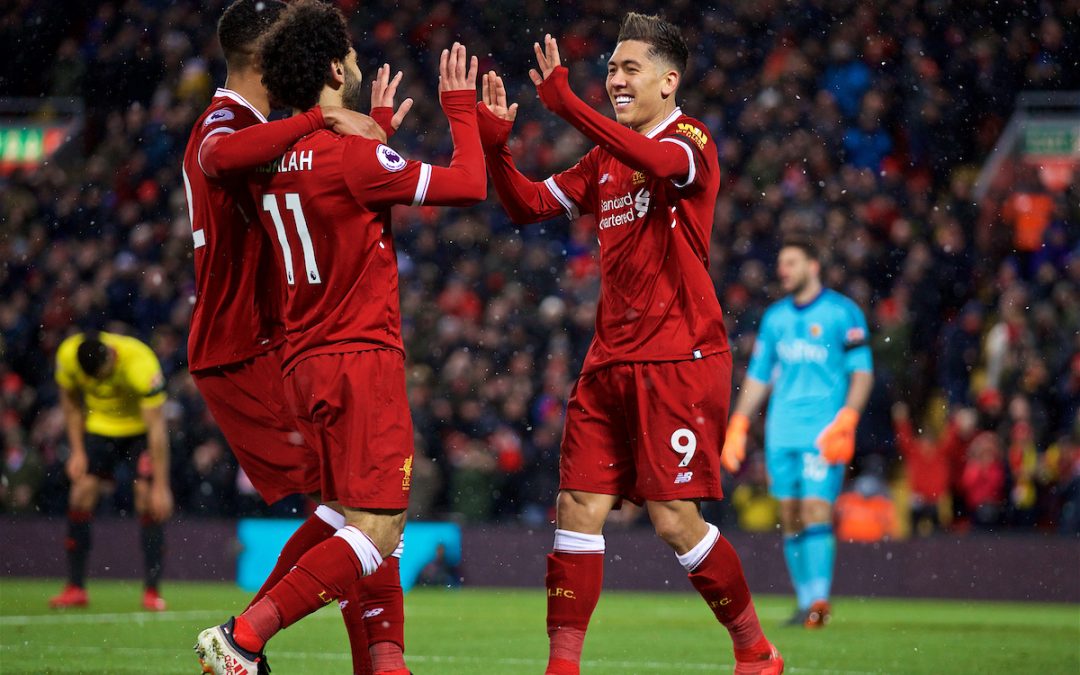 Sat in the office yesterday chatting the worst Friday wham you can imagine when my colleague Gareth Roberts piped up about the Watford game at the start of the season feeling like ages ago and he had a point, but maybe not in the way he might have meant.

A season? Well, yeah, it’s over two-thirds of its lifespan ago.

A calendar year? Maybe less so.

In Liverpool’s evolution as a football team? A lifetime ago.

Because this Liverpool team now bears little resemblance to the one that trudged off the Vicarage Road pitch having thrown away an opening day victory, conceding what seemed like the first in an endless stream of sucker punch late equalisers or losing goals.

It’s easy to fall into the trap of thinking that team development is binary, that all the development work is done in pre season and the only real changes are in personnel, that any training done during the season is merely an exercise in keeping things ticking over and planning for opposition. 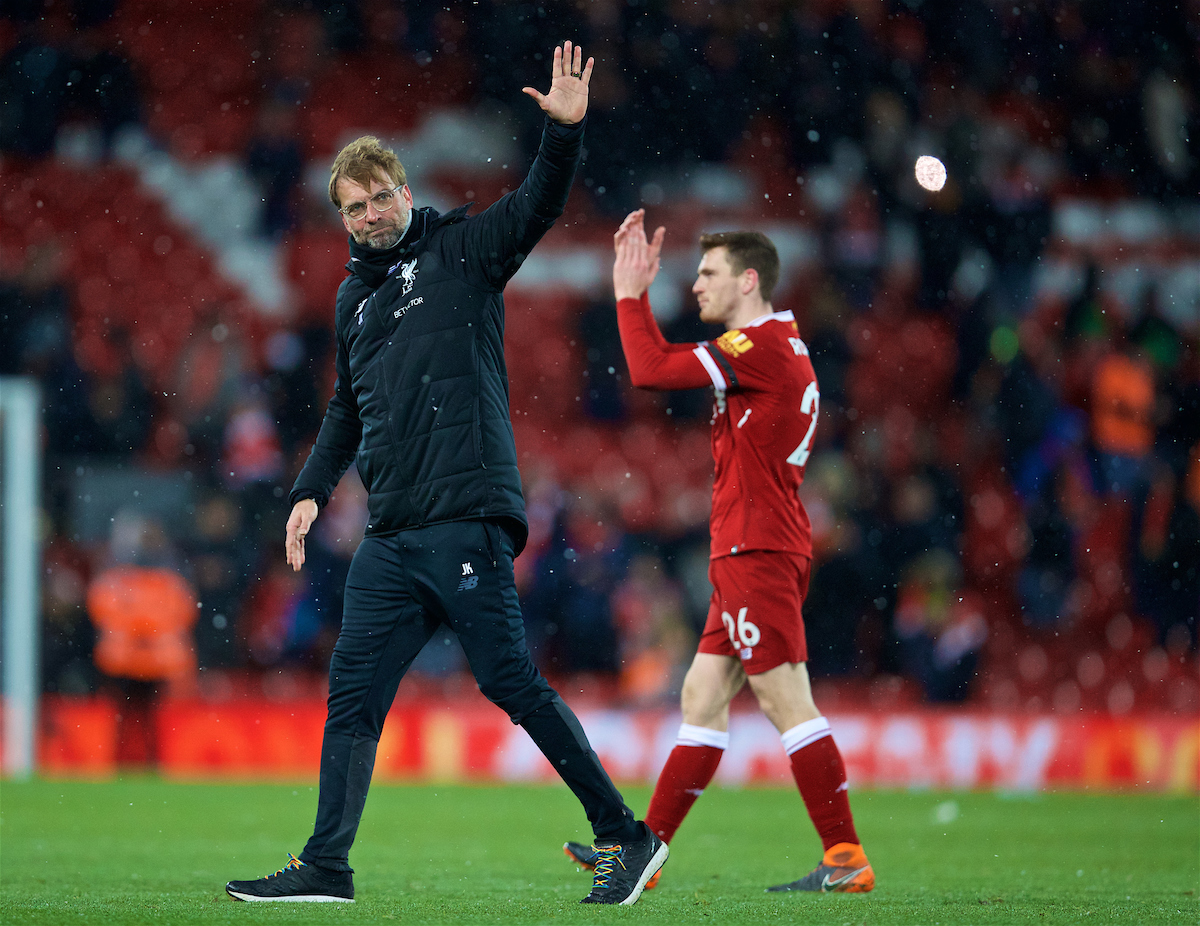 No real consideration is ever given to in-season learning on the training ground or, the best, harshest, most unforgiving arena of all, the football pitch against opposition as opposed to the best of the reserves, cones or blow-up obstacles.

Today’s visit of Watford provided a decent yard stick of how much this Liverpool side has evolved.

Though still not quite where they should be defensively, the improvement and authority in Liverpool’s defending is marked. Mistakes are becoming less frequent, a reassuring presence in Virgil van Dijk has seen a change in style and culture, and has brought the best out of others, with Loris Karius in particular finally looking like the goalkeeper we thought we were getting when he signed in 2016.

The Manchester United aberration aside, Dejan Lovren has looked far more effective and less error prone since he no longer feels under pressure to lead from the back, happy to be the Stephane Henchoz to van Dijk’s Sami Hyypia.

Joe Gomez and Trent Alexander-Arnold have deputised at right back and neither have disgraced themselves despite the odd hiccup expected of young defenders learning their trade, in place of the perennially injured Nathaniel Clyne.

But if you’re looking for maybe the biggest compliment and example of how a player can evolve of the course of the season you need to look no further than Andy Robertson, a player who couldn’t get a look in ahead of the much-improved Alberto Moreno now looks like’s he’s solved a decade long search for a “Liverpool” left back.

The Scot was again heavily involved today, with an absolute buffet ball for Liverpool and Mo Salah’s second on the stroke of half time. 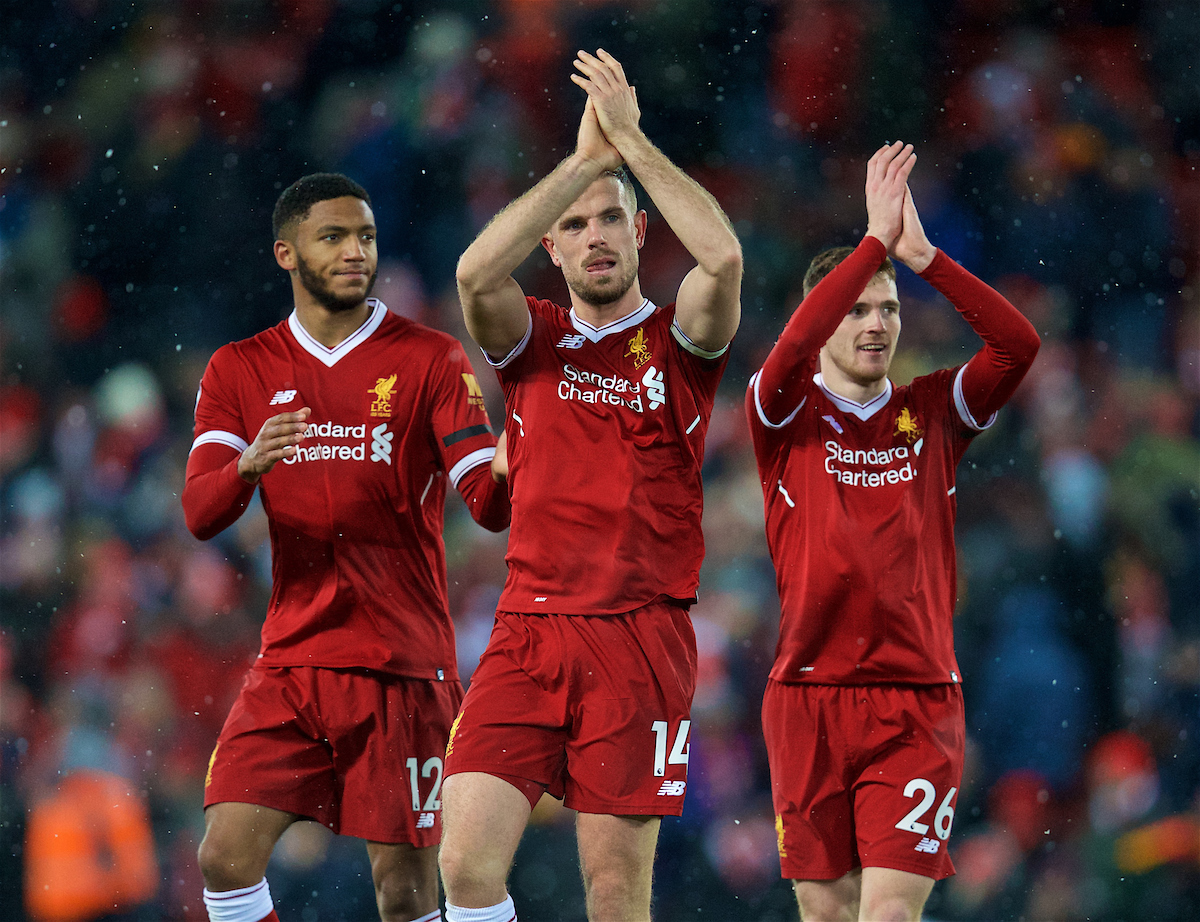 Where there once was panic, now is a calm assurance that runs through this Liverpool side.

The only thing in common from the start of the season on display today was the fluidity of the attack, with Sadio Mane, Salah and Roberto Firmino registering for The Reds back in August, but no one, not even the manager, could have envisaged just how dangerous those three would go on to become as the weeks and matches came and went.

Only Mane missed out today, selfishly giving up a chance to register to hand Salah his hat trick.

No one outside of Melwood could have anticipated the supernova-like rise of a player deemed surplus to requirements at Chelsea three seasons ago. Or the strides that Firmino, often labelled as a “false” striker, would make in his game, adding goals to his already impressive all-round game to the point where Mane, despite besting last years “superb” numbers is considered to have gone backwards by simply not matching the unfathomable rise of his two partners.

Neither Salah or Firmino are the same players that started and scored at Vicarage Road at the start of the season, and both have done their learning at the sharp end of the pitch.

Liverpool reacted brilliantly today to put to bed the disappointment of Old Trafford, and with room to improve further in the last two months of the season, who knows where we might end up.