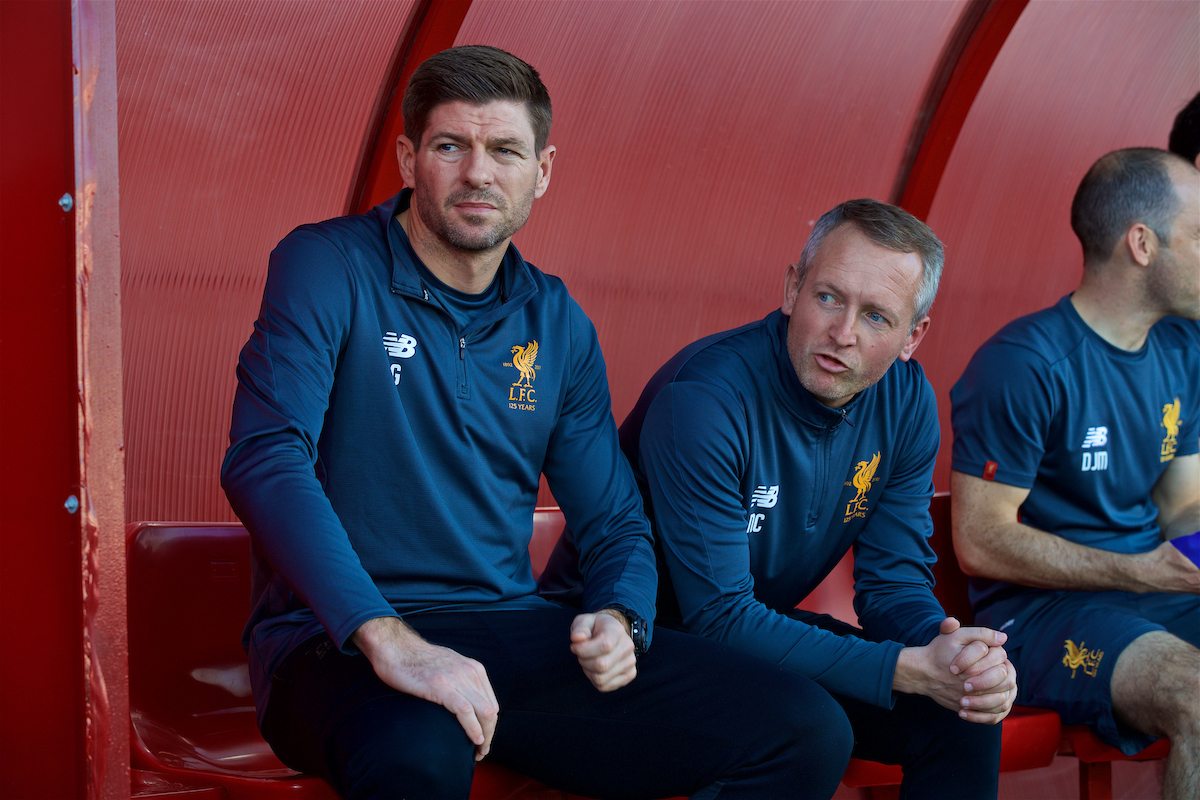 LAST year was a great success for the academy at Liverpool, with both Neil Critchley’s under-23 and Steven Gerrard’s under-18 teams finishing the year top of their respective leagues.

There was plenty of individual glory as well, with Trent Alexander-Arnold cementing himself as a first-team player. Internationally, Ben Woodburn was crowned “Prince of Wales”, scoring a huge winning goal on his full debut, while Rhian Brewster won the Golden Boot as England won the FIFA Under-17s World Cup.

However if you think the academy staff spent the Christmas break cracking open the champagne and congratulating themselves, you’d be mistaken.

As Neil Critchley told The Anfield Wrap: “Our job is never ending, we’re always looking to do better. The players might seem like they are doing well, because we are doing well in the league, but the players are only achieving, I think, what they are capable of. We’ve got a good group of players, we should be winning games.

Critchley admits he doesn’t know what his team will be by the end of the January window, with some expected to leave on loan as part of their development. Critchley is expecting “something to materialise in the next week or so” for Ben Woodburn in particular, although he laughed at the suggestion he might be the first manager at Liverpool to manage Virgil van Dijk in a game, saying there had been no call from Jürgen Klopp yet.

After a three-week winter break the under 23s return to action against Arsenal on Sunday, in what Critchley expects to be a “really tough game” with “lots of good players for both teams on show.”

The Reds host Arsenal on Sunday January 7 at Prenton Park, Tranmere at 1pm. Tickets are free for season ticket holders and Liverpool FC Members by showing your card, otherwise it’s just £3 for adults and £1 for children on the gate.