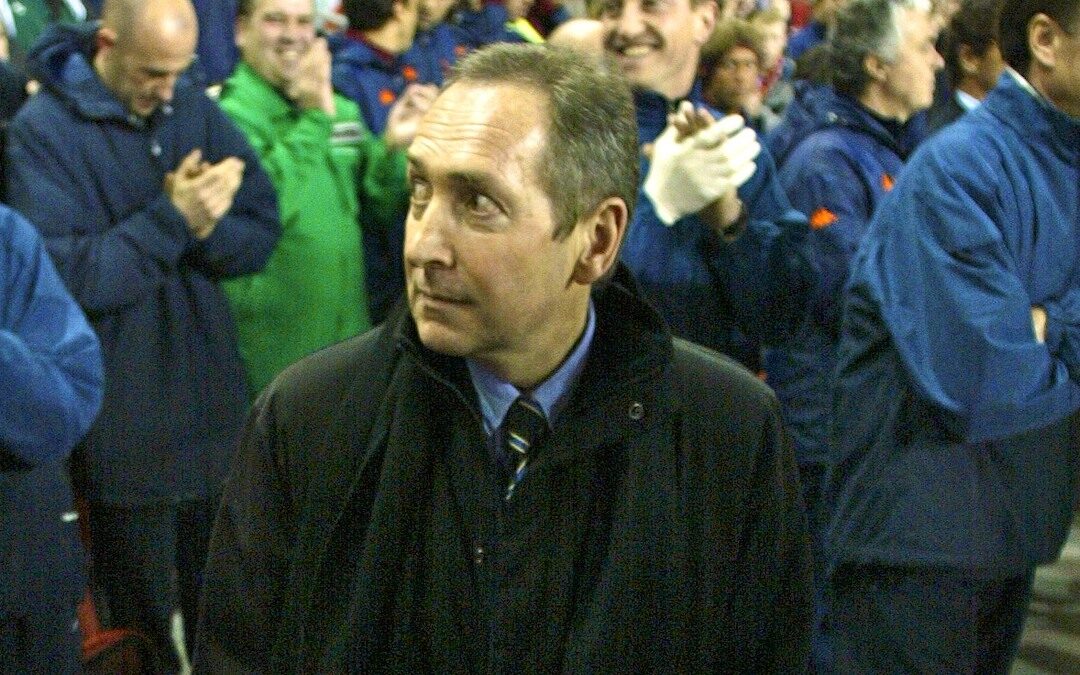 THIS article isn’t about football. It is not about formations, players, the manager, the club, transfers, the owners or statistics.

It is about you and me.

This week I listened to the TAW Player show ‘Cup of Tea’ featuring Les Lawson, the chairman of the Merseyside Branch of the Official Supporters Club.

Les is well known around the city and club thanks to his work with the branch and his occasional appearances on LFCtv. I got to know him when he asked if we could invite Ray Kennedy to a Christmas lunch at Anfield. He is exactly how he comes across on the interview — a kind and decent human being.

It’s a fascinating podcast. Firstly, because it’s always interesting to hear from anyone who has been to every Liverpool home game since 1976, but also because of the events that led him to Broadgreen Hospital.

In July Les felt ill at work. He noticed a pain in his breastbone and a tightness in his chest. He felt the need to vomit but could not do so. He booked a doctor’s appointment and went along with his son, Jamie. During his chat with the doctor he collapsed and woke up on the surgery floor. An ambulance was called and he was rushed to hospital. Les had had a heart attack.

Les is 54 years old and healthy. He walks his dog for miles each and every day and doesn’t smoke. He confesses to not being a regular in the gym, but he’s not the sort of man you’d point at when asked to identify someone with heart and circulatory issues.

And that’s the problem. People with such issues don’t always look like they are in poor health. It’s a myth that heart disease attacks only the overweight, the sedentary and smokers — though those can be contributing factors.

Today in the UK an average of 435 people will lose their lives to cardiovascular disease (CVD). Five hundred and 30 will go to hospital due to a heart attack and 190 will die from theirs. More than 110 of them will be under the age of 75 and will thus be classed as a premature death. Twelve babies will be born with a congenital heart disorder.

Perhaps the most frightening statistic is that there are over 7m people in the UK living with a form of heart disease (statistics from British Heart Foundation, August 2017).

Les ends the podcast by urging us to have any chest pain examined by a doctor. It is possible to have a heart attack over the course of hours, not just with one violent pain to the chest, so it’s always better to be safe than sorry.

And heart and circulatory issues have touched our club over the years. Graeme Souness had a triple heart bypass operation in 1992, shortly before the FA Cup final and, more recently in 2001, Gerard Houllier underwent cardiac surgery to fix aortic dissection — a process in which blood leaks between the walls of the aorta and reduces blood flow to the heart. Gerard was on the operating table for 11 hours. The average age for that diagnosis is 63. Gerard, like Les, was just 54.

Last season, Liverpool fan Tony Head collapsed near the ground in Anfield Road. Luckily for Tony, a senior consultant from Aintree Hospital was walking past and helped him in the ambulance. Very lucky indeed. Sadly, others are not so fortunate.

Coronary heart disease affects us all. And not just adults. This summer one of my volunteers suffered her third heart attack. She is 15. As with other people, you wouldn’t think it to look at her. She is just like any other teenager — exuberant, loud and incapable of tidying her bedroom. She just happens to be born with a condition called pulmonary atresia.

This is not to say that things aren’t improving. If you had an out-of-hospital heart attack in the 1970s there was only a 30 per cent chance of survival. Today that number is 70 per cent. This is due to many things — mobile phones with GPS, more people (though not enough) with knowledge of CPR. But it has not displaced the fact that coronary heart disease is the number one killer in this country, despite those improvements. If you had a heart attack in the 1960s the only medical assistance you could hope for was pain management.

Researchers and medics have reduced those numbers but there’s still a long way to go.

A couple of years ago, as my part of my job, I gave a presentation to 30 or so employees of a large retail chain in the hope that they would adopt us as their charity of the year. To be honest, it wasn’t going well. I was the fourth person in to see them that morning and the audience were becoming bored and restless, so I took a risk. Sink or swim. I asked them to raise their hands if they or someone close to them had suffered through heart disease.

Every hand went up.

It’s 2017 and a quarter of all deaths are attributed to various forms of heart and circulatory issues. So Les is right. Don’t take any risks. We can all spare the time to look after ourselves and others.

Les knows that more than most.

As well as being a regular contributor to The Anfield Wrap, Karl is a Fundraising Manager for the British Heart Foundation in London. Should you wish to contribute, support or volunteer for the BHF on Merseyside, please contact Hayley Gough at [email protected]