Liverpool And The Safe Standing Debate: It’s Time We Talked About Rail Seating 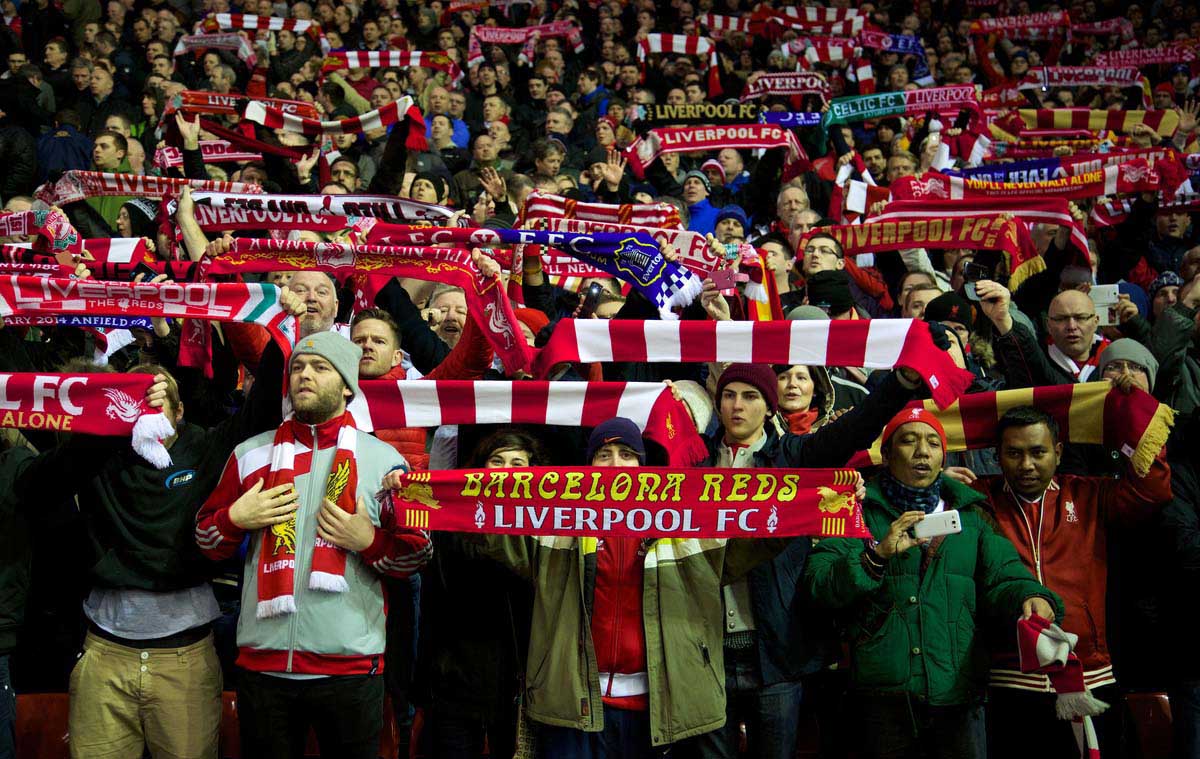 FOR years, football supporters across the UK have discussed rail seating, whether you should be allowed to sit or stand at football matches. They’ve discussed the pros and cons, had conversations with their clubs and supporter groups have asked their supporters what they think.

At Liverpool, the situation has been very different. The reason is Hillsborough.

Hillsborough and standing are linked. Lord Justice Taylor’s report following the disaster recommended all-seater stadia be introduced for certain stadiums. The Football League at the time decided this should apply to all clubs in the top two divisions. This, as we know, has happened.

We’ve always been asked at Spirit Of Shankly what our view was on standing, or whether rail seating should be introduced at all. We didn’t think, when we were asked, it was right to talk about it. Our attention, as for all of our supporters, was on the campaign for truth and justice. We didn’t want distractions when something so pressing required people’s focus and attention.

Events in recent years though have changed that. We have truth, and the path towards justice has been set out.

Rail seating is no longer a discussion based on the German model or of overseas matches experienced by fans. Instead it is much closer to home, with its recent introduction at Celtic. The Taylor Report also said that supporters would become used to sitting down. This, as we see regularly, hasn’t happened.

This is why last summer, our committee made a decision to start looking at how we might have this discussion with Liverpool supporters. It’s a significant step for us, and personally I feel a very brave one.

Whenever people have spoken of standing and rail seating previously, they have mentioned Hillsborough and Liverpool supporters. We felt it was only right that instead of us being referenced, everyone should have their say.

We were aware that bringing this up could cause upset, bring back difficult memories and cause division – already we have seen differing views emerge. But if we didn’t have this conversation, it would happen without us. It could take place without people having a say and be introduced around us. It was better, we feel, that we lead a conversation that understands the sensitivities and respects each other despite differing opinions.

This is what we have done. Since last September, when we brought a motion to our AGM asking if we should even have the conversation, we have taken slow and deliberate steps to ensure people could get involved.

Before making public announcements, we made sure we told the Hillsborough Family Support Group (HFSG) and Hillsborough Justice Campaign (HJC) first. We’ve had an open offer throughout to meet and ask questions or discuss what is happening.

We have a seat on the local Ground Safety Advisory Group, convened by Liverpool City Council, which is made up of representatives from the emergency services and local authority, and we’ve sent updates to them and offered them an opportunity to have their say.

Supporters will have seen regular updates since last September, with coverage across local media that this conversation was happening.

Now, nine months on, we have reached the point where we will have the open discussion and then make a decision whether we are in favour or opposed to rail seating. There is an important distinction to be made. This isn’t a vote on its introduction at Anfield, but in general. Any decision on introducing such a model at Anfield would require a lengthy process.

We are aware that while some will say we don’t speak for everyone, any decision made will be seen as reflective. It is why we want you to have your say.

LISTEN: We discussed the topic with guests in a safe standing special on our City Talk show

It hasn’t been easy – we have had to chase people for input and we’ve been surprised that neither the police or the local authority have not put forward a view. It has though been necessary, to make sure that everyone has been afforded the same opportunity.

So this Saturday, July 22, we will have a public meeting in Liverpool to talk it all through. We have speakers who can speak with confidence and expertise on this subject and they will answer questions from those present.

Amanda Jacks, from the Football Supporters’ Federation. They are in favour and those who know Amanda know of her experience in dealing with how supporters are policed and stewarded. She was also involved in the initial work on this in Stand Up, Sit Down.

Rick Riding, an inspector with the Sports Ground Safety Authority. It is their responsibility to ensure football stadiums comply with government legislation and it is they who write the Green Guide, which would determine any requirements for rail seating.

John-Paul Taylor is the Supporter Liaison Officer at Celtic and he will be able to tell us about their experience of introducing rail seating, why they did it and what supporters think.

Earlier in the week, we will be meeting with Hillsborough families and survivors in a closed meeting, so that they can share their views and so that we can ensure their voices are heard.

All are welcome to attend. The meeting starts at 12:15pm, in The Liner Hotel in Liverpool. Full details can be found here. The meeting will be streamed live and available for viewing afterwards. Those unable to attend can submit a question to [email protected] After the meeting we will put it to a vote to let people make their own mind up.

It is an important discussion for our supporters and we want to ensure everyone can listen to each other’s views, put forward their own, and then make a decision.

I hope to see you there.