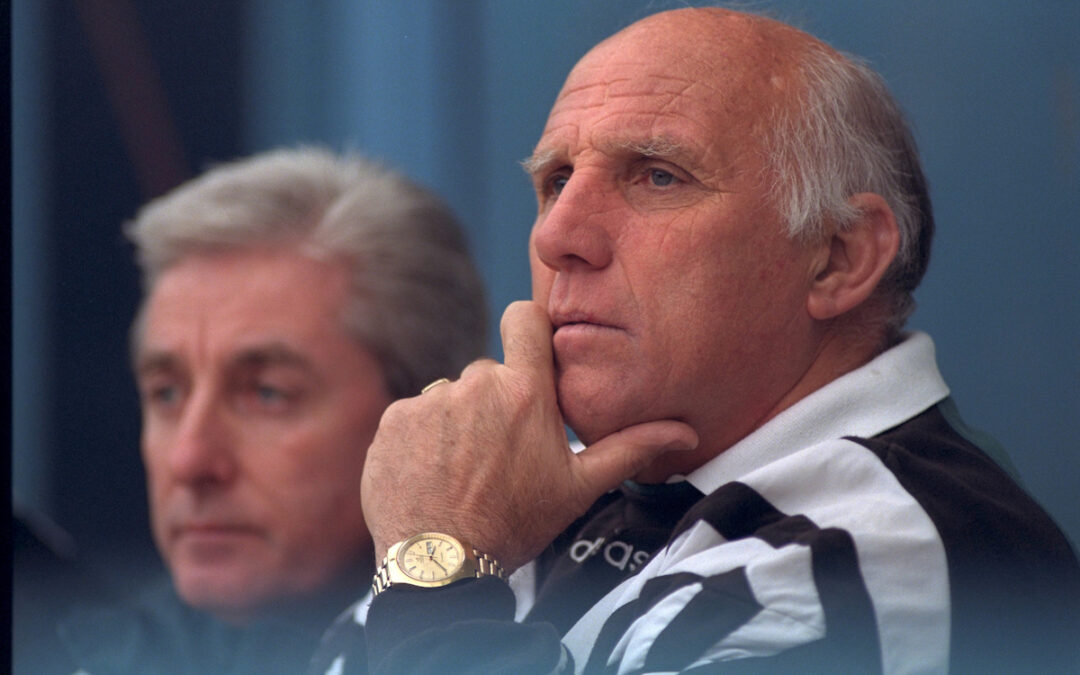 FOR me he will always be the personification of Liverpool Football Club.

Every characteristic Ronnie Moran possessed was shared and utilised by the club he loved. He could be hard when someone was slacking off and ruthless when a player could no longer reach the standards set by the club. People may have seen him as more stick than carrot but anyone can shout at a gang of lads. It doesn’t mean they’ll give him 13 titles. No, Ronnie Moran knew the game and the club backwards and was the sort of man you’d run through walls for because you knew he would make you a better player. He was like a teacher you hated as a kid but gradually came to like, then respect.

Phil Thompson – a cheeky know-it-all smart arse in his youth – absolutely worshipped him and called him ‘my mentor’. The players knew he could be hard but there was always a reason why.

There are many stories about him and most of them will be told over the next few days but mine concerns Robbie Fowler and his five-goal haul against Fulham in the League Cup in 1993. He’d already notched one in the away leg and could have dined out on that alone as not many Scouse lads get to score on their debuts, but five in a game? We can only imagine the feelings coursing through his veins as he strode off the pitch with the match ball. No doubt there would be handshakes and hair ruffling from the senior players and backroom staff. Up stepped Ronnie.

“I don’t know what you`re looking so smug about. You should have scored seven.”

That may sound harsh but that was his shtick. Success is great and should be celebrated but it’s always temporary. This was just his way of reminding the boy genius that he hadn’t arrived yet and there was no such thing as perfection or last word in football.

Alan Hansen had a similar experience when he won his first league medal. He expected champagne and parties in the dressing room but was met with the less than glamorous sight of Ronnie picking medals from a box and lashing them at anyone who had played the requisite number of games. His parting words sum him up completely…

There was always the next season and it was always going to be harder so Ronnie’s role was to instil a work ethic into the team using his own peculiar brand of savviness, piss-taking or full-on bollockings delivered with his laconic Scouse brogue.

Never get above yourself. Never build your part up. Liverpool were a unit, a machine and not a place for prima-donnas. Every day, every training session was geared to one policy — that of relentless success. Bob Paisley used to say that the problem with winning the league was that many champions would still be running around the pitch with the trophy six months later while their rivals overtook them. Leicester City are living proof of that adage at the moment, but with Ronnie Moran in Sergeant Major mode, no one was allowed to lose focus.

“I won a few things with them and had a little bit of success. You just think ‘well, I’ve done that, can I do it again?’”

He led the team out at Wembley when Graeme Souness was too ill to do so and celebrated for him too. The top job was not for him as, like Paisley and Joe Fagan before him, he preferred to stay in the background and work away unnoticed to anyone outside of the club. Later, Thompson would state that he had a change of heart and wanted the job but was too late as Souness had already been contacted. A shame. Souness tore strips off that fat side but maybe Moran would have done it better.

He briefly held the reins when Kenny left and soon after cajoled a 7-1 away win at Derby from a tired, shell-shocked and ageing side. After the game he was told by a radio interviewer that Liverpool had gone top on goal difference. His reply will always stick with me.

That was it. So I believe. My dad used to say that when he wasn’t arsed about something. Old school Scouse. It was like being told that Aldershot had won away when you already knew about it.

The margin of victory meant nothing to him – just that Liverpool had won and that they could forget about it and plan for the next match. There were no practiced media soundbites about one game at a time or chest-thumping histrionics. So I believe. He just wasn’t interested. It was only March and you only got three points no matter who you’d battered. Move on. Learn what you could have done better. Don’t get above yourself. NEVER get above yourself.

It’s incredibly rare for a man to play for one club throughout his career but to spend 49 years in the same corridors, rooms and pitches, day in, day out, is something else. He couldn’t begin to countenance spending so much as a day with another club and, though that period saw success after success, no one would have begrudged him trying something new. The man had but one home.

Ronnie himself would frown at the very idea of public praise but in an age where the word ‘legend’ is used to describe people who simply played at the club rather than what they achieved for it, he deserves the highest commendations. He wouldn’t like the idea of so much as a room being named after him but if there’s statue space around the ground; we could do no better than showing the world that the quiet man in the background can be as significant as those who sit in the limelight. More so in some cases.

Ronnie Moran WAS Liverpool Football Club and the club is the poorer for his passing. Much poorer.