Hillsborough: Why The Disaster And The 27-Year Cover-Up Should Be Taught In Our Schools 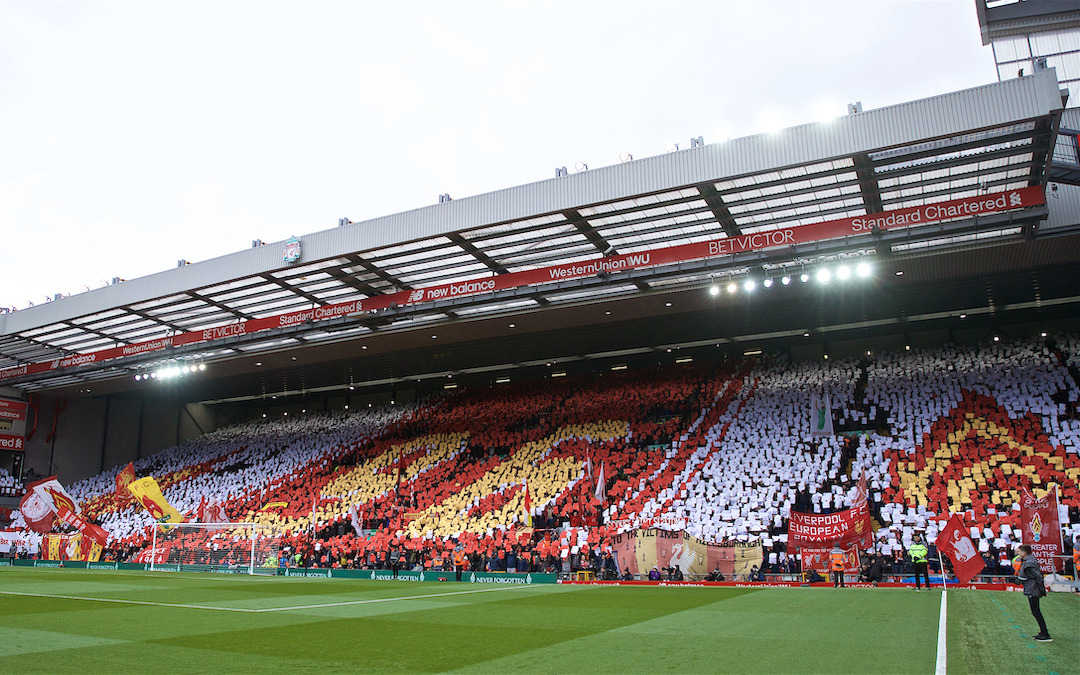 FORGET the second-half heart break against Sevilla and the eighth-placed Premier League finish, 2016 has been a truly momentous year, writes James Flannigan.

The verdict of a jury of nine in Warrington last April was one of our greatest ever victories. The families of the 96, the survivors and countless others always knew the truth about Hillsborough. Now a coroner’s court has established to the whole world that 96 football fans were unlawfully killed due to the actions (or lack of) of the South Yorkshire Police. The court also established that Liverpool fans in no way contributed to the disaster — please take note the minorities of Manchester United and Everton fans. We now have the truth. All we need now is the justice.

There have since been calls in the press to make the teaching of the Hillsborough Disaster compulsory in secondary schools. There is even an online petition:

After all the recent press and (finally) positive media coverage, I never really thought such a move was needed. However, the recent arrest of that idiot wearing “that” t-shirt in Worcester, has changed my mind.

I have been teaching History since last century. I have taught in Liverpool schools since 2001. I’ve been teaching about the Hillsborough Disaster for almost 10 years. The main motivation was the ignorance of the kids. Events like the brilliant six-minute truth protest against Arsenal in 2007 brought the justice campaign to a whole new audience.

Kids wanted to know about Hillsborough. Some knew a lot, others only bits and pieces. That’s why I pushed for the teaching of the disaster. The lesson I produced focused on a number of points: the timetable of events and decisions that led to the disaster, the effect of 96 deaths on the families and the lasting impact of Hillsborough on football in the UK.

I also looked at the lies printed by The S*n — I wanted kids to know why the newspaper is still boycotted throughout Merseyside. I have had to return to the lesson on a number of occasions, starting in 2012 with the release of documents and the formation of the Independent Panel. I’ve just completed my latest re-write, with references to the 2016 coroner’s verdicts.

Why me? Aged 16 in 1989, I went to the semi-final against Nottingham Forest. Apart from Goodison Park, it was my first away match. I survived the disaster from a position pinned over a crush-barrier in pen four.

After the two services at the cathedrals in 1989, I tried to forget all about Hillsborough. I did carry on going the match (apart from a break in the mid-90s which largely coincided with the Graeme Souness years). However, I avoided attending the April memorials and didn’t get involved in the Justice Campaign — something I bitterly regret now.

As someone who’d always tried to avoid the issue of Hillsborough, I was now part of a family still grieving for their youngest son and brother. I saw at first hand a family’s ongoing fight for truth and justice. I saw also the emotional and physical impact of this campaign.

I have since attended the memorials regularly, more to support my wife and her family, but also to pay my own (belated) respects. I’ve also seen Julie talk about her brother in interviews for Liverpool FC TV and, more importantly, at the Warrington inquests. I have given evidence to Operation Resolve. Finally, I was privileged to watch the jury verdicts on a live-feed with other family members and survivors in 401 Thomson House just a few months ago.

Do you have to be an expert or an eye-witness to teach Hillsborough? No. If anything, the disaster can be used as a way to show the proper values of democracy. It can show how a group of people can overcome the deliberate attempts of cover up by the Establishment. I personally teach the Hillsborough Disaster as part of a bigger unit on the History of Liverpool. Teaching Scouse kids, they need to have a sense of place and identity. To truly “get” their city they need to know about Hillsborough. Don’t forget, the children entering secondary school this September were born around the time of our last European Cup triumph in 2005.

Should other parts of the country teach Hillsborough? I was unsure. Why would they be interested? What’s the point? If anything, I would hope this would be a way to challenge the t-shirt wearing idiots of the world.

Hopefully it could also shut up the “always the victim” singing minority of our opposing fans. However, if the current Tory government want to teach about British values, I can’t think of a better example than the determined actions of the HFSG and the Justice Campaign. It would be nice, in the future, if a lesson on Hillsborough could be combined with a similar victory for the Orgreave Truth and Justice Campaign.

That would show children the true value of British democracy.