Liverpool: We’re The Greatest Team In Europe And We’re Going to Switzerland… 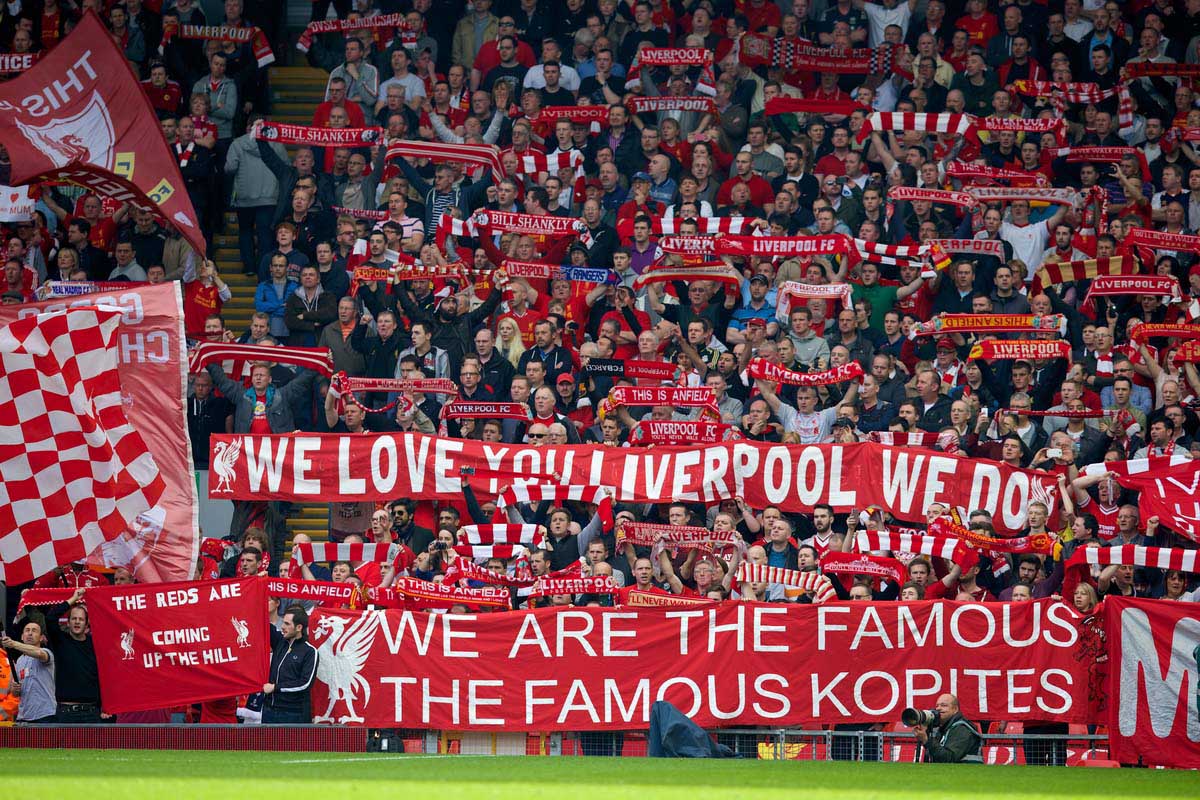 HERE we go then. Gathering cups in May…hopefully.

The waiting is over. The planning done. Put the laptop away and turn off the phone. Christmas-type fervour is in full effect. The Reds are coming up the hill, boys.

Liverpool in Europe just feels right. Part of what we’re all about. This a 12th European final for the Reds, and that’s some record. One to be proud of. And one we can add to and improve on. Tomorrow. We’ll see things they’ll never see.

Just like the other times I’ve headed for a final on the continent – Dortmund, Istanbul, Athens – the preparation hasn’t been quite what it should be. As I type, we’re on a Scandinavian Airlines flight to Denmark – essentially heading in the wrong direction for a final in Switzerland.

From there, Copenhagen, we fly back in the right direction later today. To Frankfurt. And then it’s a train. To Basel, Switzerland. And from there, another – to Mulhouse, France. Where hopefully there is somewhere to drink to help provide anaesthetic against the delights of the 20-quid-a-night fleapit that awaits later for a kip.

It should be easier, shouldn’t it? But it seems like it never is. Whether it’s a scramble for a ticket because of a woefully inappropriate venue or trying to dodge rip-off tours’ eye-watering prices (you could fly to New York for that, you robbing bastards), it feels like an all-consuming head fuck until the good bit begins. The good bit is now. Flying high. Hoping and expecting. Anticipating. What will be, will be on Wednesday. But for now it’s a team in red lifting a beautiful trophy. Why would it be anything else in your mind’s eye?

I used to work with a very odd lad who claimed to like football. He wrote about it every day, and was full of the dreadful “banter” that has consumed fan culture, yet he genuinely couldn’t understand the appeal of travelling to a far foreign land to watch the team that we adore.

“Why would you want to pay a fortune and travel for hours just to watch a game?” he genuinely once said.

I remember just screwing up my face and scowling. He fawned over his team’s players yet didn’t actually want to go anywhere to support the club they played for. Not sure how that works.

In the unlikely event the consistently-odd plazzy Manc in question is reading, well here you go, mate, here’s why I max out credit cards and flirt with overdraft limits year after year: It’s because I want to be a part of it. Because being a part of it is brilliant.

We can – and do – bang on about players and managers. And the current boss is brilliant, by the way. But when we talk of Liverpool Football Club, players, managers and the boardroom suits come and go. It’s the fans that remain; the supporters who keep the culture alive. And despite the moans, groans and issues that seemingly attach themselves to any Liverpool season, we have one to be proud of. Do other clubs have it the same way? Do they do it like we do? With this passion? With this noise? With this show of defiance? They say they do and we say they don’t. Ultimately, who’s arsed? I’m not changing the team I support any time soon and it feels pretty special from where I’m standing. That’ll do.

Journeying abroad, especially on a trip as bizarre and convoluted as ours, has loads of perks despite the perceived slog; loads of moments that will make you smile. Whether it’s the unmistakable Liverpool flag creeping out of a sports bag at departures, a Scouse accent in an unexpected place, a steward on the plane who looks like Sami Hyypia or just a rig-out that you know means there’s a Red in situ, descending on Europe with loads of the like-minded is something special. It might read as romantic tosh, but those that know, know. It’s worth the hassle. Worth the madness. Worth the hours in the air, on trains, in cars, on ships…however you’ve done it. It’ll be worth it when you have that first drink. Worth it when you first spot the stadium. Worth it when you first glimpse the grass. And worth it when you first cheers on the Reds.

Made up that Big Sami has got a new job on Scandinavian Airlines to be honest (GR). #LFC pic.twitter.com/ii2PM3eKki

Last night, I enjoyed just soaking up the pre-trip excitement via social media. The stories of the journey to come – via Paris, via Cologne, via Strasbourg, via Milan. The pictures of coaches and cars starting the trek. The snaps of tickets, of banners, of booze, of flags, of hip flasks and scarves.

For all that modern football is a different beast to the game we once knew, we still have this. These days. These nights. These times with family and friends. The UEFA pleas – backed by Liverpool – to stay away will fall on deaf ears for those that have tasted it; those that have the bug. Deep down, there will always be a nag somewhere that it’s a bit mad – that it is a lot of money and a lot of time and what if this and what about that. But then you just want to. You just have to. Because this is what we’re all in it for, isn’t it? Watching the Reds conquer the bloody world? Watching Klopp (hopefully) build us up and up and up into a bastion of invincibility.

Your bank manager might frown, your partner might shrug, but you’re enjoying your days, you’re making memories, and you’re loading up on stories. How will it be this time? Will Liverpool do it the easy way for once? Will it be a great atmosphere like Dortmund? Will it be fun in the sun and a trek across Mars like Istanbul? Will it be, frankly, a fucking shambles like Athens?

There’s only one way to know. Go. Pay the money. Take the time. Make it happen.

Because you know when you step off that plane or train, or open that car door; you know when you first spot the flags and banners and hear the dreams and songs to sing. You know it’ll feel special. It’s us, this. Liverpool. That’s why we do it. Because the tribal joy, that glow you get, is second to none. Because the feeling of being part of it can’t be matched by anything else. Because when you hear the noise of the Bill Shankly boys, we’ll be coming down the road.

See you there (eventually).