RIGHT.  How can I put this in a way so as not to offend or unnerve?

Yes. That’s my overdue Prince tribute. Not as spectacular as the weather deciding that it should go all out to fulfil everybody’s Sometimes It Snows In April blizzard-based hopes but there you go, we all give what we can, when we can.

Which is what Leicester have done, really; given what they could, when they could.

Look, I’m not here to denigrate or dismiss Leicester’s achievement. I didn’t even see the crucial moment, if we’re going to be honest; I took one look at Spurs sliding quite happily into a two-goal lead against a Chelsea team who clearly no longer gave the slightest sign of a shit and thought: “Not happening tonight”, decided instead to catch up on last week’s Game of Thrones, see exactly how long Jon Snow would stay dead for.

It’s not a spoiler, I haven’t said whether he’s still dead or not, it’s just the most bloody obvious narrative thread ever. Anyway, doesn’t matter, that’s why I’d stopped watching the Chelsea/Spurs game; lack of being arsed. I found out that Leicester had won the league at 9.55pm, turned back to the footy, Jon Snow still dead at that point. Still not a spoiler.

I’m pleased for them. Obviously I’m pleased for them, winning a league title’s a hell of a thing, vaguely remember how good it used to feel back when we were winning it all the bloody time. Imagine how it feels when it’s a once in a lifetime achievement. And it is. It really is, you know it is.

I’m not trying to take away from the scope of that achievement. Leicester have stood up, made themselves be counted, made themselves hard to beat, shown they knew how to grind out the 1-0 wins at exactly the point that they needed to.

Crucially, they’ve shown that throwing money at a problem doesn’t guarantee success. We’ve all seen the stats by now; United have spent more in the last two seasons than Leicester have in the entire history of time.

No, it doesn’t. Wish it did, but it doesn’t. It proves that anyone could win it this season. THIS season, not ANY season.

I don’t want to diminish Leicester’s win, but…

But I’m a miserable bastard. Despite that decision at the start of the season that I was going to be all about the optimism this year, my default setting is miserable bastard. I sit in the Main Stand now, it’s pretty much a prerequisite; so I’m going to be as bloody miserable as I want. And yes, some of this will undoubtedly be fuelled by the sour grape tasting sense of “It should have been us”, but what are you going to do? You can’t escape that emotion.

Leicester deserve their win. You can’t argue that. Leicester kept going when others stopped, Leicester kept believing when others doubted, Leicester kept wanting it, never stopped wanting it. When others seemed to have stopped wanting it, Leicester just kept on going. Good luck to them, chuffed for them, chuffed for Ranieri, he’s made a lot of people look a little bit silly and he seems like a decent bloke. And he looks uncannily like my mate Geoff, so there’s that as well. (Our mate Fleety looks a lot like Jürgen as well. And I’ve been called Arsene to my face far too many times. Might start an agency, Prem manager lookalikes – got to be a few bob in that one).

But it took a lot of outside influences for Leicester to get here. It took a lot of other teams wobbling for Leicester to get here. The league won with 77 points? Unprecedented, surely? No, it’s not. United won it with 75 in 96/97 (and worth noting here, if you see me using stats, I’ve nicked them off Andrew Beasley – @basstunedtored on Twitter – because he’s great at them and I’m not).

Leicester could, as long as they’re not all bladdered for the next fortnight and you wouldn’t blame them if they were, finish the season on 83 points. Which would have won the league twice in the last fifteen seasons. We’ve beaten that total in four seasons, including the season of Suarez wonderment. Sour grapes, not denying it (and thanks to whoever was manning The Anfield Wrap Twitter account last night for that research, wouldn’t have done it myself).

Mourinho wastes his summer chasing John Stones to strengthen his defence, doesn’t get him, his head falls off. He’s so pissed off with the world in general that he decides to publicly berate the club’s doctor, ON THE PITCH, DURING A GAME, for not realising one of his players was cheating. There seems to have been a possibility that Dr Carneiro was quite popular with the Chelsea lads because José lost the entire dressing room in one go. Strange that, act like a twat in public and lose the team. Chelsea only need to drop one more point in order to record the greatest drop in points from one season to the next. They’ve currently equalled that, dropping 30 on last time out. Yeah, Andrew again.

City announce next season’s manager. Their league season falls off a cliff. Cool in Europe but disastrous at home. Pellegrini, strangely, seems thoroughly calm with the situation.

Van Gaal manages to spend the GDP of a small country to make United worse than they were under Moyes, manages to make them poorer than last season. 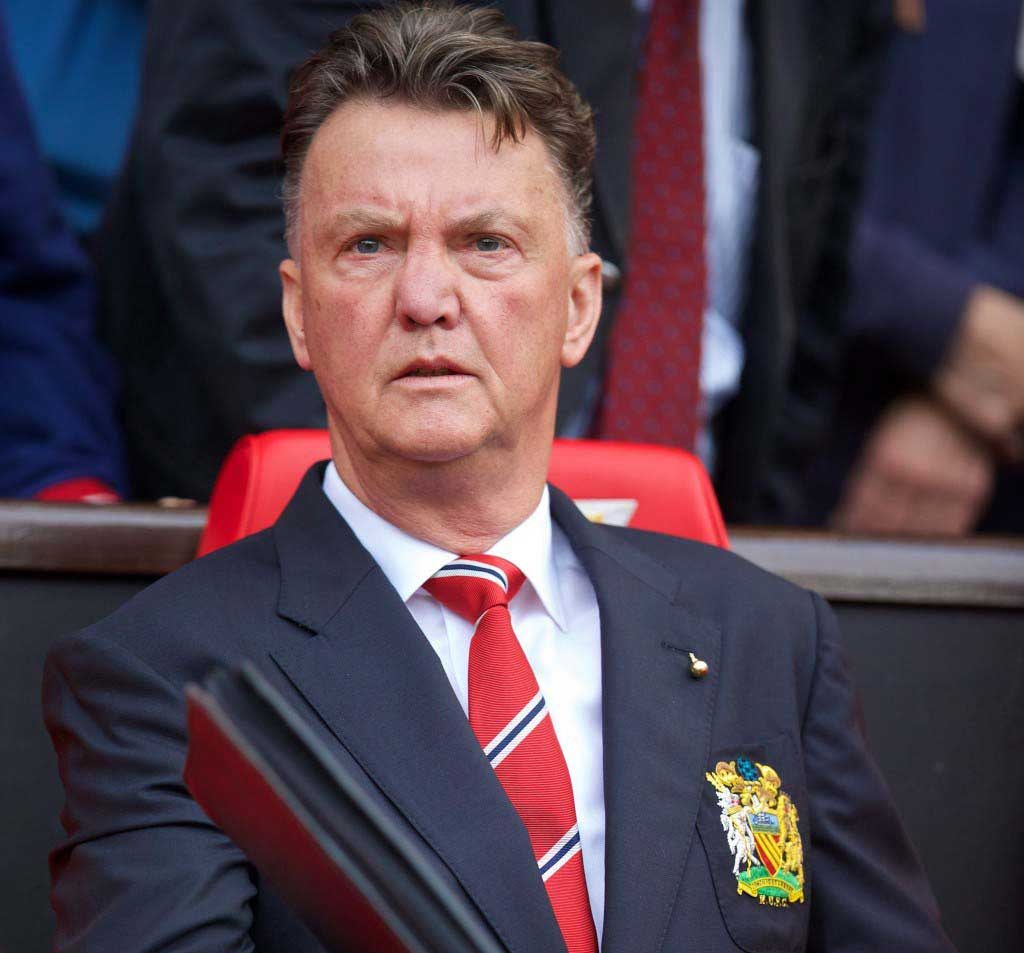 Us. Changing managers eight games in, starting again. Jürgen realising the lads aren’t fit enough, throwing in extra training, hammies snapping all over the place, building a team without a pre-season or any purchases, think what he could have done if he’d come in June. Might have been us. Might. Never know. It was there for the taking.

Martinez taking Everton’s best ever squad and making them less than the sum of their parts. They could have been contenders.

Spurs waking up halfway through the season and going: “Hold on, WE might be able to have a crack at this”. Bilić looking at the whole thing and thinking: “West Ham’s last season in this gaff before we get given a nice shiny new Tory-funded stadium? Might have a go here”. Both realising nobody other than Leicester wanted the league just that little bit too late.

Sorry Leicester, don’t want to take away from this, it’s a magnificent achievement and there’s no way anybody could see it happening last August and you deserve it, IT’S THE MOST DESERVED LEAGUE WIN EVER, I’ll have that, but it’s not happening again. It’s a one off.

It’s the greatest triumph in the history of sport though, isn’t it?

No. Again, sorry, but it’s not. Forest is still better. And I hear what everyone is saying, it was a more level playing field then, the spending power now makes this Leicester win greater than that Forest triumph and I get that, I honestly get that, but I don’t agree. Forest weren’t supposed to win the league in 77/78. Promoted as third in the second division, win the league the next season? Very few teams have ever done that, Forest are the last ones to manage it. Follow up winning the league by winning the European Cup and then defending the bloody thing the next season.

You having that squad as title challengers? They were certainly European bloody champions that year. Retained the trophy. Put that squad in the Premiership and it’s walking the bloody thing.

No other team had done that before; promotion, then league, then Europe, then Europe again and no other team has done it since. Even when the playing field was as level as everyone argues. Sorry Leicester, if you win the Champions League then it becomes a bigger story, but at the moment Forest still have it.

And that’s seriously not to try and diminish Leicester’s title win. It’s a magnificent thing, it shows that money isn’t always the answer (though everybody’s now going to spend a fortune to try and make sure this doesn’t happen again) and that sometimes team spirit (and only being in one competition and being lucky with injuries and suspensions at the time you need to be lucky with them) can be enough to win through.

It’s a magnificent thing. It makes them the first new team to win the league for 38 years. Since Forest. It means they’ve come from 14th to win the title, which is unparalleled.

Except for Forest, who were in a different bloody league the season before they won theirs.

It’s deserved. That’s what we always need to remember. Leicester deserved their title. No other bugger did.