LIVERPOOL: WHY THIS MERSEYSIDE DERBY IS RELEVANT

WITH several other journalists, I was invited to interview Phil Jagielka at a high school in Halewood ahead of the last Merseyside derby.

Autumn had almost arrived and Jagielka was flourishing again in the centre of the Everton defence after what he admitted had been a difficult 2014-15 campaign for him personally.

The conversation that followed opened a little bit like this: “Come on then, Phil, you’ve surely got to be favourites in this one…”

“Why?” Jagielka responded, applying a sort of unconvincing innocence.

“’Cos Liverpool are crap and your team are quite good.”

Jagielka did his best to steer the discussion away from Liverpool’s inadequacies. But the theme remained, laced in most of the questions and understandably so, considering the outlook at each club.

Anfield hosted Sion in the Europa League two days later and the Swiss minnows – who had lost to opposition from Liechtenstein in their previous league fixture – deservedly secured a draw. Liverpool had played 10 games in the season, winning just three, and another against Carlisle United from League Two on penalties when Brendan Rodgers had chosen to go almost full strength.

It seemed as though only complacency might stop Roberto Martínez’s exciting side from victory at Goodison Park. Everton had recovered from two goals to win at West Bromwich Albion at the start of that week and had thrashed Chelsea earlier in the month. Many were talking about this team as the most talented in a generation.
Though he had only lost once in four previous fixtures, it was the start of Martínez’s third year in charge of Everton and he had not yet found a way to beat Liverpool.
Rodgers was going to be sacked as Liverpool’s manager regardless of the result at Goodison, but no-one knew that at the time and it would have been unprecedented for Liverpool to admit the decision had already been taken subsequently.

That Everton did not win (Liverpool were vulnerable and there for the taking during a 1-1 draw) did not reflect particularly badly on Martínez in the immediate aftermath, because Rodgers’ exit became the story and yet, he must surely realise now that a better conclusion would have given him something to lean on, and his harshest critics to think about, when form dipped. At least Martínez could have said he’d beaten Liverpool. To some supporters, he’d have forever been known as the Everton manager that got a Liverpool manager the sack.

History is littered with examples of why derby matches can prove to be definitive. In 1983 the pressure was cooking on Howard Kendall after a 3-0 defeat at Anfield. He was in the process of signing a Brazilian striker in the days before, but the manner of the loss made him realise Andy Gray would be a better fit so he pursued him instead. In the next 18 months, Gray helped Everton win the FA Cup, the Cup Winners’ Cup and the First Division title.

I spent an afternoon with Gérard Houllier recently and he was in charge of Liverpool the last time Everton came to Anfield and won 17 years ago. He made a vow to himself that night it would not happen again – that Liverpool must be tougher and more uncompromising. With that, he put an end to an era where Everton frequently prevailed because they were able to outmuscle Liverpool. 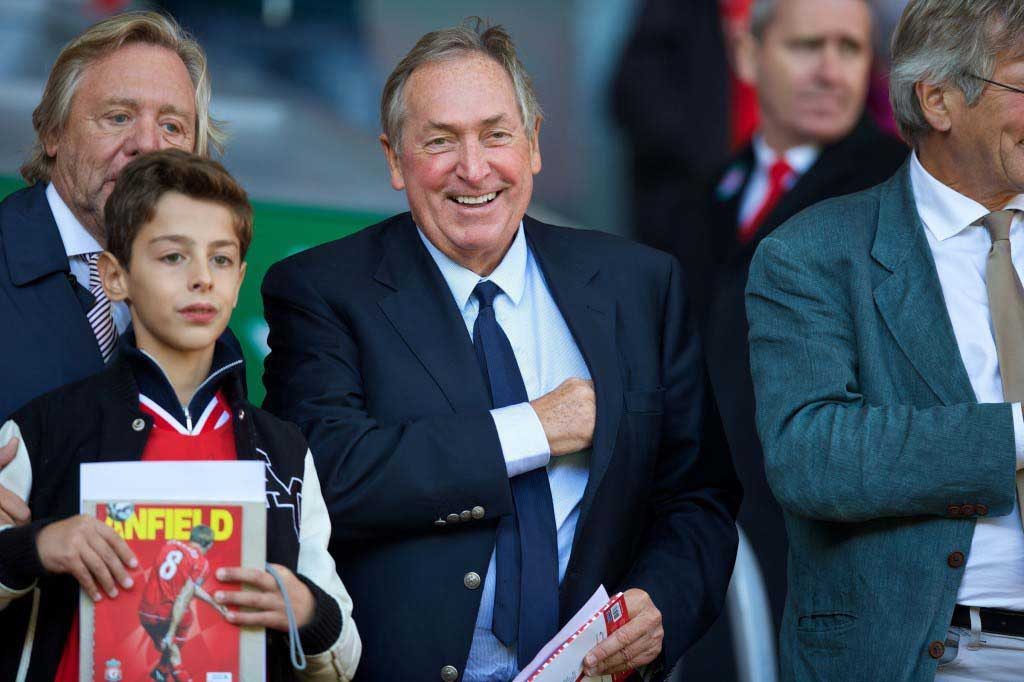 Today, Martínez is the one under pressure: the one who seems to be going the same way as Rodgers rather than, ultimately, Kendall. It has been detailed elsewhere why his position is so perilous. Perhaps it is too basic to merely say it is a consequence of results. In the bad periods, an opinion of a manager can be formed on how he reacts; by what he says and how he deals with it. This is when leadership qualities are assessed most intensely. It has been said by many Evertonians that there is a difference between sticking to your principles and delusion; that at best Martínez is in denial about his team’s shortcomings; that this, indeed, worries them the most because the reality is clearly one thing and yet, he believes it to be something completely the opposite.

The build-up to this Merseyside derby has been low-key because both clubs have an eye on forthcoming challenges in cup competitions. And yet, there is also a sense for Martínez that he could not be facing Liverpool and Jürgen Klopp, particularly, at a worse time because the German’s behaviour is so conflicting and it brings into focus the detached way he appears to be.

A former Everton player told me last summer that he had felt uncomfortable instigating heated post-match inquests because Martínez wanted a positive atmosphere to be maintained whether performances were good or bad. I wondered then whether this approach was unhealthy, especially when improvements were needed – whether the sterility inside Everton’s dressing room would transpose itself onto the pitch. Surely tension would only fester. Maybe Leighton Baines’ comments a few weeks ago about Everton’s players lacking “chemistry” alluded to this.

The contrast in feeling couldn’t be any clearer under Klopp at Liverpool, meanwhile. Klopp’s finest quality is that he is authentic; that he is led by his emotions and is not afraid of where it might take him. But that does not mean there is an absolute absence of method in his madness.

Watching him operate from the touchline over two legs against Borussia Dortmund was fascinating. His successor in Dortmund, Thomas Tuchel, has a reputation for being a deeper thinker tactically and yet, towards his team while the games were being played, Tuchel was far more animated than Klopp, who let things ride more – only intervening when he really had to like when substitutions were made, calmly delivering clear instruction to Joe Allen and Daniel Sturridge in the moments before they were sent on.

Klopp’s sharper focus instead – and especially at Anfield – was everything around the football: interacting with the crowd, the opposition dugout and the officials, making it as confrontational and therefore as uncomfortable for the opponent as possible.

When Tuchel smiled in reaction to Dortmund’s third goal scored by Marco Reus, Klopp was furious and he let Tuchel know about it. When Philippe Coutinho reduced the deficit to 3-2, Klopp responded by turning to the Paddock, bellowing so loudly that in spite of the noise around the stadium, he could be heard from the press box 10 or so rows back. Because of Klopp, the Main Stand has suddenly become a more intimidating place for the visiting staff and players trying to concentrate and attempting to perform in front of it.

In Germany, Klopp experienced 15 Ruhr derbies against Schalke: winning five, losing five and drawing five. The narrative of his first sounds familiar. Dortmund were 3-0 down inside the Westfalenstadion before recovering to earn a point in the final minutes.

“It felt better than winning to be honest,” Klopp remembered. “It was the start of something. It was an important moment in the whole Dortmund story.”

Considering momentum is presently with Liverpool and isn’t with Everton at all, a similarly chaotically discovered outcome might seem unlikely tonight.

With Liverpool and with Klopp, though, you never quite know what will happen. Compared to Martínez, some Evertonians even admit it is part of Klopp’s appeal.