Liverpool v Manchester United: When you hear the noise of the Bill Shankly boys….

LIVERPOOL versus Manchester United. In Europe. For the first time in history. In the 195th meeting between the giants.

Steven Gerrard will be gutted he is not lacing up for it. Jamie Carragher will provide analysis on the game, but that is no substitute for getting stuck in on the pitch.

Rafa Benitez may be linked with Newcastle, but it is the Anfield dugout he would love to be in more than any other tonight. If John Barnes could return to the peak of his powers, he’d want to be involved. Luis Suarez was at Melwood this week and if it were remotely possible, he wouldn’t think twice about lining up at Anfield under the lights.

Gary Neville could tell you how much he’d still love to be part of the hate in Spanish. Alex Ferguson will be watching while twisting and tearing internally at not being a part of such a notable fixture.

“It’s only the Europa League.”

“Look how low they’ve been left.”

Ignore that noise. The sound that will matter will be inside Anfield and inside Old Trafford. It will tell you all you need to know.

Liverpool versus Manchester United. In Europe. For the first time in history. In the 195th meeting between the giants.

Would both sides have wanted the fixture to be marked in the Champions League? Of course. But as Jürgen Klopp pointed out this “is not a dream land” and Louis van Gaal spoke of not living in the past and “facing reality.

That the fierce foes are not facing off on the continent’s biggest stage only adds importance to this two-legged tie.

Liverpool and United are both trying to stick their heads above the flux of recent seasons, and for the victors of the last-16 fight, progression in the competition takes them a step closer to where they truly want to be.

Neither side is a dominant force as was the case for decade upon decade and neither side have been able to consistently unravel opponents.

And yet, the world over – these remain the two biggest English clubs in the game. Klopp used to watch this fixture from afar, never imagining he would be so fortunate to fully experience it. Van Gaal, who has been at the helm of powerhouses Barcelona and Bayern Munich, has referenced the special feeling of this enmity.

The tie matters for everyone that matters. And it can act as the springboard for the side left smiling at the aggregate scoreline. The squads are up for it, the managers are ready to spar, the backroom teams have done their plotting and the banners are readied.

Ahead of the draw for the round of 16, Kopites were after an away day further afield. Sunny Spain, beer-soaked Germany, picturesque Italy… But once Klopp revealed he wanted nothing else but the trip up and down the M62, the mood was set. 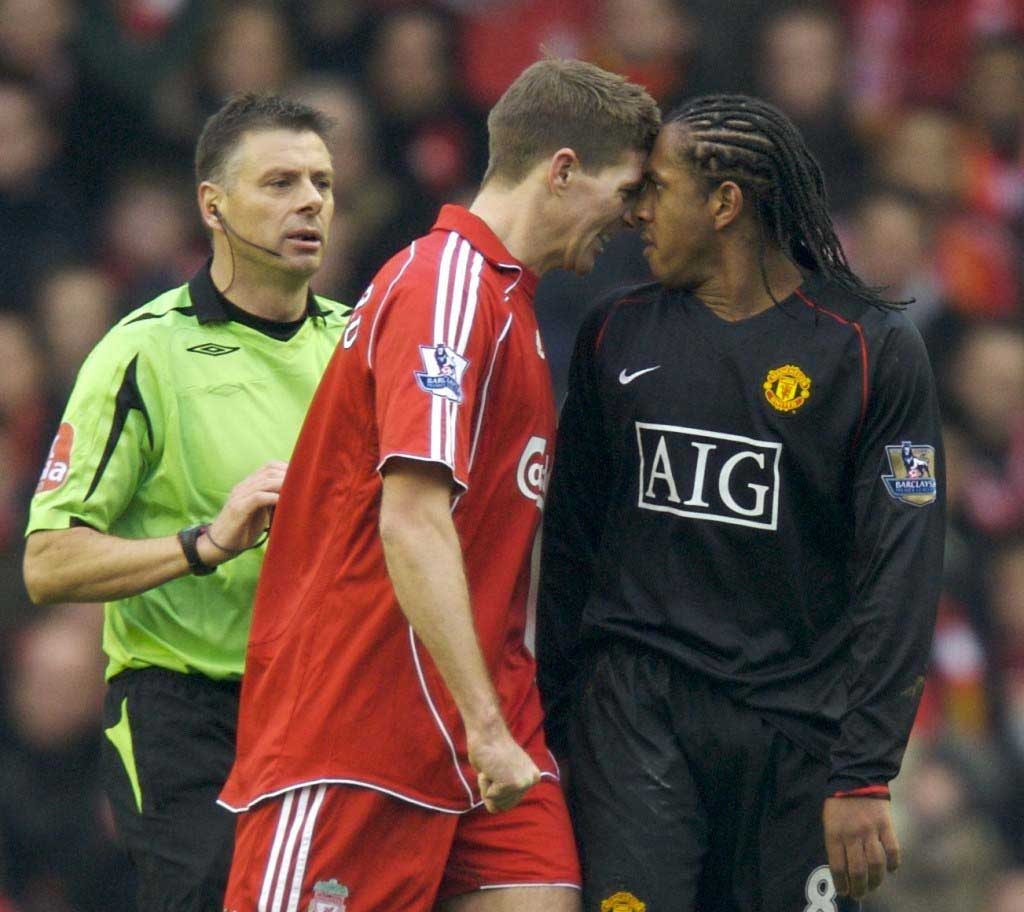 Wayne Rooney scored the only goal with United’s only shot on target in the German’s first sampling of the rivalry. And he wants revenge for that defeat. His players are desperate for it, too.

Van Gaal’s men have won the last four meetings between the clubs and have never before recorded five in succession. The Reds will sweat to keep it that way.

Klopp called for Reds supporters to “create an absolutely new level” with the atmosphere as Liverpool attempt to smother United on and off the pitch. The hosts’ relentless pressing must be matched by relentless encouragement from the terraces.

Come the final whistle, there should be no dissenting voices over how much this fixture still means. Over these two legs, nothing else matters.

Liverpool versus Manchester United. In Europe. For the first time in history. In the 195th meeting between the sides.

– More from The Anfield Wrap on tonight’s big game: