LAST year I worked on a report for UK Music, the music industry trade body, that estimated that it would add £4 billion to UK GDP if all parts of the UK generated as much revenue from music heritage activities as Liverpool, writes JONATHAN TODD. All those Beatles tours add up.

While not everywhere has a music heritage so rich, it has also been put to me, by someone with immense knowledge of recording studios and Liverpool, that the city lacks a world-class recording studio.

With this heritage but without such a studio, past achievements risk burning brighter than future promise, a danger that chimes, unfortunately, with a club that hasn’t won the league for a quarter of a century. In spite of this, Liverpool features heavily in a report published this year by the International Federation of the Phonographic Industry (IFPI) and Music Canada that is “intended as a universal ‘roadmap’ to create and develop Music Cities anywhere in the world”.

It looks at what national and city political leaders and policy-makers can do to help, offering some questions to assess whether a municipality is music-friendly, including: “Do music businesses such as live music venues, record labels, recording studios and promoters receive the message that they are wanted in a city?”

In many senses, of course, Liverpool is tremendously music-friendly. I know someone who moved to the city and is consistently impressed with the quality of music emanating from building sites. Living in a half-complete housing development in the Jewellery Quarter, I am afraid Birmingham does not compete.

Music’s power, moreover, is venerated in Liverpool. TAW Player’s What We Call History – a rich tapestry that rewards close inspection – contains, for example, speculation on causality running from Madchester’s force to the bold decision, which has locked-in enduring commercial advantage, by Manchester United to dramatically expand the capacity of Old Trafford in the mid-1990s. Winning at the commercial side of football assists United on the pitch. But this commercial dominance, according to What We Call History theorising, was catalysed by Manchester’s 1990s music swagger.

On this account, essentially, the trigger for Liverpool’s league title drought was not the calamitous managerial decisions of Graeme Souness or the commercial complacency of his employers, but the failure of The La’s to stay together and eclipse the ascendency of Oasis.

As much as I love What We Call History, with its cocktail of Hegel’s three kinds of history – original, reflective, philosophical – I fear this overstates Lee Mavers’ significance. That it is even being thought, however, underlines how music-friendly Liverpool is. So music-mad that outlandish ideas about music’s import are entertained.

In this context, it might seem odd to question the extent to which Liverpool is music-friendly. But has Joe Anderson, the elected Mayor of Liverpool, ever made it his mission to secure that world class recording studio? If not, to reconfigure the earlier question, to what extent are those who might invest in a world-class recording studio in Liverpool receiving the message that they are wanted?

Liverpool FC are still playing the game of commercial catch-up with United that started around the time that The La’s split up. TAW hosts a lively debate on the extent to which the stadium expansion being undertaken by FSG will close this gap, resolve the challenges that many (myself included) face in getting tickets, and improve the ground’s atmosphere. I struggle, sadly, to believe it will entirely do all of these things. 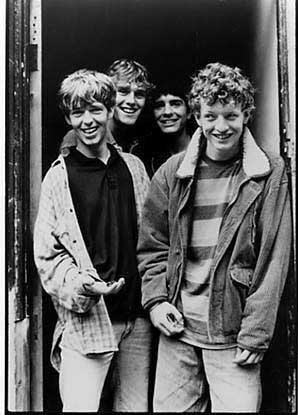 I wonder, though, about the degree to which a parallel question to the world-class recording studio one might be put to Joe Anderson. If Liverpool FC were to play in, say, an 80,000 capacity stadium, like that which Jürgen Klopp knew at Borussia Dortmund, with a raucous atmosphere and low ticket prices to match, wouldn’t this benefit the city as well as the club? Given this, to what extent are those that would bring about this situation receiving the message that they are wanted?

Maybe this message is being received. Maybe Anderson is doing all he can. But from where I am sat – a wool from a village near Emlyn Hughes’ hometown of Barrow-in-Furness, now living in the Midlands – a lot of focus, quite understandably, in the Anfield debate is put upon FSG, while comparatively little falls upon the Mayor.

The 78 Labour councillors of the city where I now live are soon to choose a new city leader – or more accurately, a council leader purporting to be the city leader. Having an elected Mayor, one advantage Liverpool has over Birmingham, is that it chooses its leader in a much more open and transparent way. As a result, Anderson is on the way to being as emblematic of his city as any leader has been of Birmingham since Joseph Chamberlain in the 19th century.

Even as a gauche non-native, I love TAW’s celebration of the city of Liverpool. As TAW reinforces the city’s confidence in itself, and the elected mayoral system makes the city leadership more directly answerable to its people, perhaps we might dare to dream of Liverpool really punching its cultural superpower status.

Jonathan Todd is Chief Economist at BOP Consulting and manages the research of UK Music. He writes in a personal capacity.