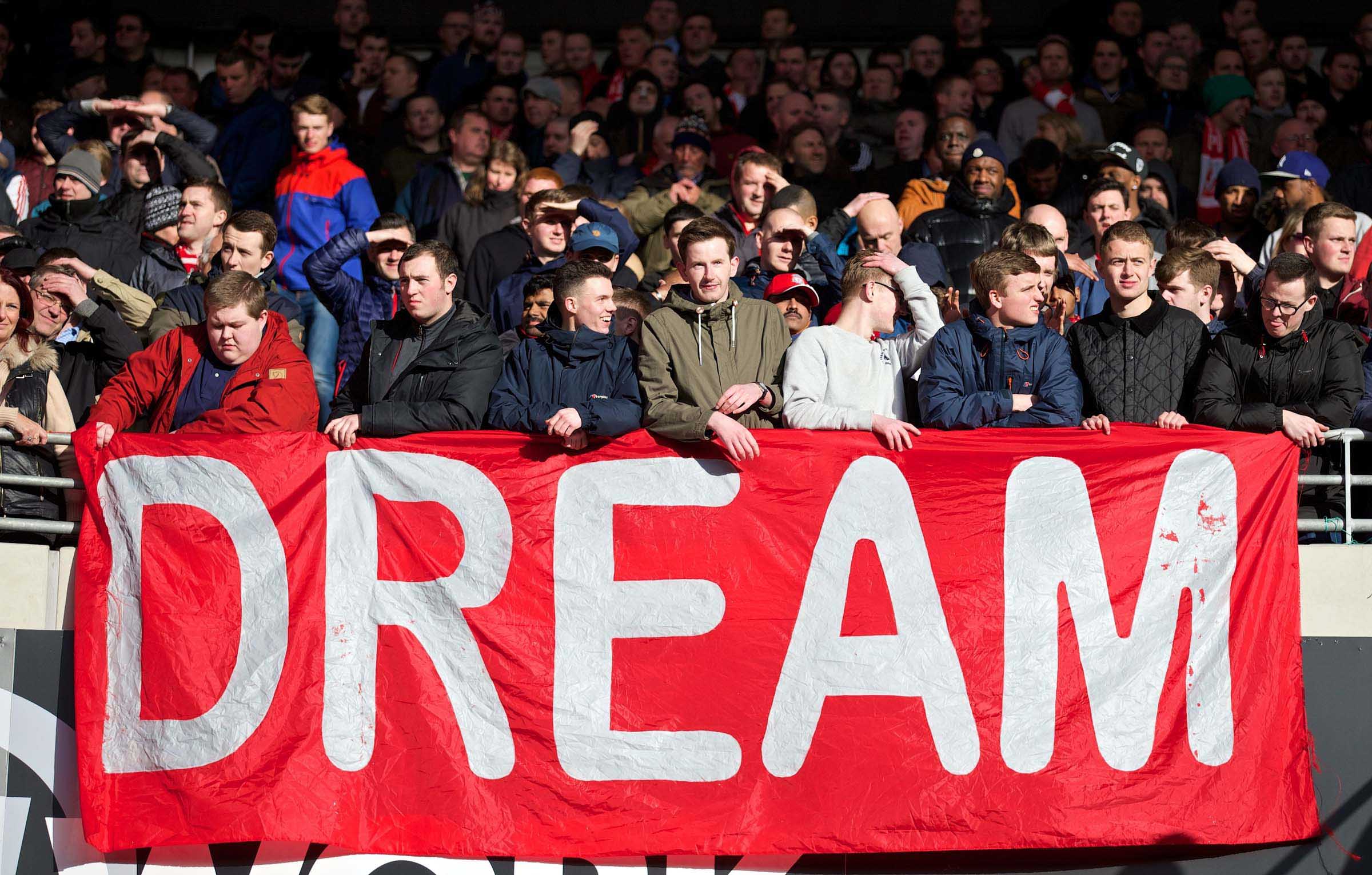 THE MORNING AFTER. Insides blackened, sweat cascading, kidneys begging for relief. The morning after and the toll feels too great, the day felt too long. There is a burden. There is a cost. How many more of these have I got left in me? It’s only August the tenth. But then you remember.

The morning after. Cold analyses beginning to emerge. Rational talk begins. You read the comments under Gibbons’s match ratings full of people kicking off as though it isn’t short sentences with arbitary values attached. Upset because he gave Skrtel a supposedly ill deserved seven. Lad, he gave someone else a twelve. Out of ten. Everywhere crushing sense and perspective bearing down while your brain gets angry with your skull and you plan seventy three shows. You plan. In planning you remember.

Remember seeing so many Reds, so many of your friends whirling round one another and beaming, screaming, singing, hugging, just downright glowing, glowing like lads who have had their Ready Brek after the final whistle outside the Britannia. Remember seeing coaches about to be filled with exuberance and delight, transporting happiness out of Staffordshire. Remember that moment as the sun shone and you were that happy again.

The morning after. Mouth sticky and teeth curdled. Legs aching, injured thigh playing up, a terrible game of football being honest. The morning after when the Reds didn’t get going and Stoke perhaps are no longer the Stoke of your nightmares – they aren’t quite the physical challenge they were three or four seasons ago.

Remember sitting with people before the game. Remember the sheer vibe of interest in what Arsenal were doing and what Chelsea had done. Not ironic interest. Not detached interest. Serious The Reds interest. Serious hungry interest and imagining the same in that Liverpool dressing room, on that Liverpool coach. Remember dismissing the cliché “it’s not a sprint, it’s a marathon” because actually it’s neither, it’s two laps of four hundred meters and every stride counts. Remember that Liverpool were poor in their first away games in August 2008 and 2013 but they got the job done 0-1. And remember that while Stoke aren’t Pulised up any more, they probably won’t lose more than six games at home this season. We’ve had one of them. Remember that.

The morning after. A lot of what was worrying about this set up happened as the game wore on. Liverpool weren’t quite compact enough from back to front with Lallana too peripheral in his play, Ibe too peripheral in his position. What should be 4213 became 4411 with Coutinho and Benteke not clicking, the former dropping deeper looking for the ball. Shapes and formations change during football matches, players are impacted upon by events and reality but they need to be able to impact back, create their own reality and force themselves back into the shape that had been decided as the one most likely to win the game. This is easier said than done, obviously, especially on the opening weekend of the season.

But remember they showed and fought for one another. Time and again they showed. Liverpool weren’t good. Liverpool were actively bad at lots of aspects of the football at times. But at the most important ones – desire and togetherness – they were excellent. Hugely removed from what we saw three months ago in the same corner of the universe. Desire and togetherness isn’t smashing into tackles, it’s more than that, finding ways to help one another play. They showed for the ball, they worked for one another. They showed and covered and demanded and asked and that is part one of anything worthwhile. Neither Henderson nor Milner had memorable games but they never stopped doing the right things for their teammates. Ask for it. Ask and you might receive.

Remember Liverpool won. Remember that they won at the ground where they’d played their last game of competitive football and had lost that game horrifically. It nearly did for us that game. It was horrible to watch that happen to The Reds.

Remember Liverpool won and so the morning after. The morning after wilts in front of the sheer mindbending joy of the winner. How can you not smile widely? Remember how happy you were. Just hold onto it, that feeling. How can you not be in a state of grace? And how can you not power through? Liverpool did. Liverpool decided they weren’t taking any messing, they won their battles and then a lad turned away from his man and booted it dead hard into the goal and then him and his teammates celebrated and then they went back to winning their battles. Take your lead from them.

When the Reds win, we all win. The morning after. This is what winning feels like. There is a cost. There is a burden. I’ll have another thirty seven of these please.