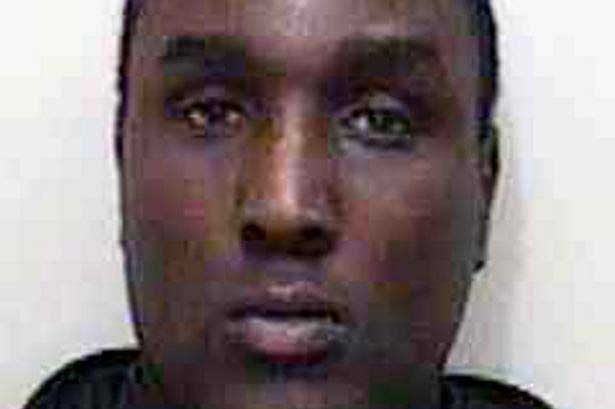 AT first, it seemed like a joke. The name sounded funny: Purple Aki. It was Spring Heeled Jack for the 1980s. Just another terrifying urban legend that spread through fear and mass hysteria.

The whole thing appeared preposterous. My younger brothers — five and ten years my junior — were athletes and came home from school and training with tales of this modern folk devil. He was unnaturally tall and unnaturally black — “so black he looks purple” — and he stalked young boys. Then came the comedy payoff: he asked to feel their muscles.

At 22, it was about the funniest thing I’d ever heard. It reminded me of the racist rumour from the 1970s schooldays that the kids from Paddington Comp had broken out of classes and were rampaging around the city slashing the faces of children in other schools. Unpleasant legends with ugly racial undertones cropped up now and again in those days and this had to be another.

And then I met him.

I was working in a warehouse in Canning Place, across the road from the Albert Dock. It was heavy manual work, humping sacks of Littlewood’s catalogues into cages and then out again into 40-foot lorries. One afternoon, I was going up the stairs from the loading bay when I heard a voice behind me. “Do you do weights?”

There he was behind me. Akinwale Arobieke. Taller than a tall man. Black but not purple. The bogeyman materialised. “I’ll bet you’ve got big biceps.” He reached out towards me.

“And I’ll throw you down the fucking stairs!”

He seemed unfazed by the violent reaction and disappeared out the stairwell door. There was nothing aggressive about him. The devil had materialised and he spoke softly.

Over the next year you’d see a lot of Aki. There were a dozen companies in the seven-floor tower block we worked underneath but nobody could work out which one he was connected with. He never spoke to me again but he was around and everyone who worked there was wary, though the lorry drivers from outside the city knew nothing about him. There was much hilarity among the warehouse lads when he asked a runtish wagon driver from Wigan for a feel and was granted a squeeze of a quad. Aki had bagged himself a wool. What could be funnier?

Except it wasn’t always so funny.

On one baking July afternoon a group of us were standing on the loading bay having a laugh and wasting time before the pubs opened again. Aki suddenly came tearing down the pavement opposite, on the other side of the 14-foot spiked fence that enclosed the loading area. At the end of the fence, he stopped, look back towards the Holiday Inn and then began to climb. He scaled the railings with amazing dexterity and the small group of us looked on in awe. As he reached the top and began to negotiate the jagged points, we saw why.

A dozen troll-like Southenders, bare chested and clutching pickaxe handles, were in pursuit. They looked up, Aki looked down. Our side of the fence was five-feet deeper than the pavement where he’d begun his climb. He decided the lesser evil was a 20-foot drop and leapt down, leaving the Southenders smashing their weapons against the fence in frustration. Aki hit the floor hard. At first, it looked like he was injured.

He limped to the steps to the loading bay, while the Dingle hit squad bayed for us to stop him. Then Aki recovered his speed and disappeared into the stairwell where I’d first seen him.

The more you heard about Aki, the less funny it all was. Teenage boys lived in a state of fear. A 16-year-old, Gary Kelly, was electrocuted at New Brighton station in 1986 after an incident involving Arobieke. Aki was convicted of manslaughter but the judgment was overturned on appeal. Fifteen years later he was jailed for a series of indecent assaults on boys. More jail sentences have followed and, over the years, Arobieke has ranged wider across Lancashire, spreading his malign presence into new generations and regions.

What must it be like to be this deeply disturbed man? How many people are living bogeymen? Parents evoke his name to scare the children: “If you don’t behave Purple Aki will get you,” is a common refrain. Banners with his name on are flown at Glastonbury and Youtube cartoons lampoon him.

He was — and still is — talked about like a figment of the imagination, like a character in a horror film. The grim reality is he is not a metaphysical hobgoblin. Akinwale Arobieke is a 53-year-old adult with mental problems and sexual compulsions who has been failed by the justice and medical systems almost as much as his victims.

Aki started as a shadowy figure who walked a fine line between myth and reality. Now it is very different. There’s been a change in tone over the past few years in the age of the mobile-phone camera and social media. The stalker is stalked himself. Passers-by take sly pictures of him and post them on Twitter. He no longer has to ask for bodily contact: young men pose for photos with Aki, the bogeyman’s arms draped around their shoulders and then display the results with pride on Facebook.

A gruesome celebrity is building around this man. It’s at the most minor stage but its emergence leaves a sour taste. The myth of the man in the 1980s was bad enough. The growing cult surrounding him is far worse. It’s easier to have respect for murderous, topless Southenders than the freak-show Aki acolytes.

Purple Aki used to scare people. Now he amuses them. That may well be the most frightening thing about three decades of the Aki phenomena.

It was better when he was terrifying.