PICTURE IT: MANCS FOR THE MEMORIES – 12 OF THE BEST FROM LIVERPOOL v MANCHESTER UNITED 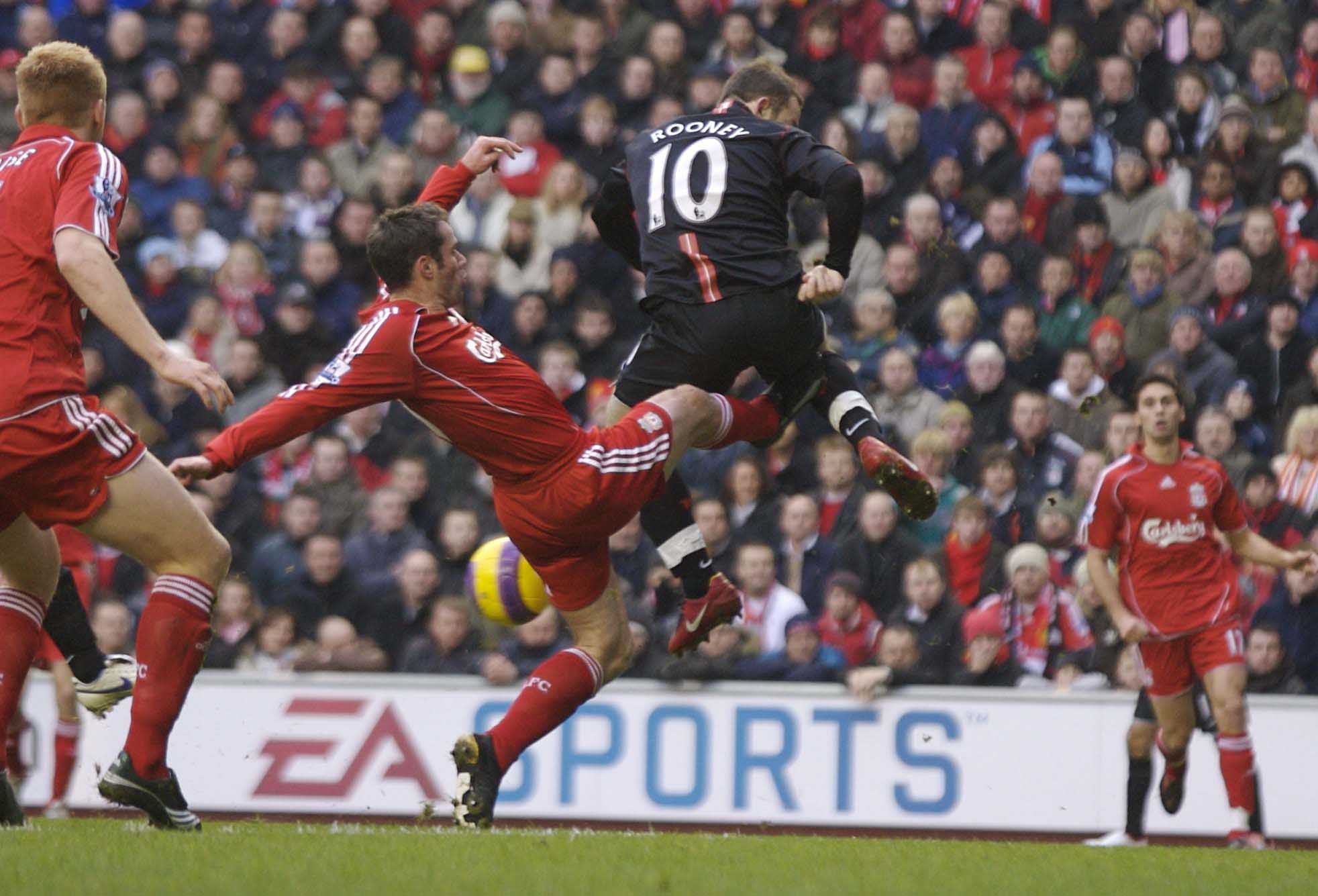 THEY tell a thousand words and all that. So with Liverpool clashing with Manchester United for the 192nd time this weekend, here are 12 of the best pictures from past fixtures from David Rawcliffe’s archive at Propaganda-Photo.

1. GIMME FIVE: Liverpool fans at Old Trafford remind Manchester United how many European Cups the Reds have won in 2008 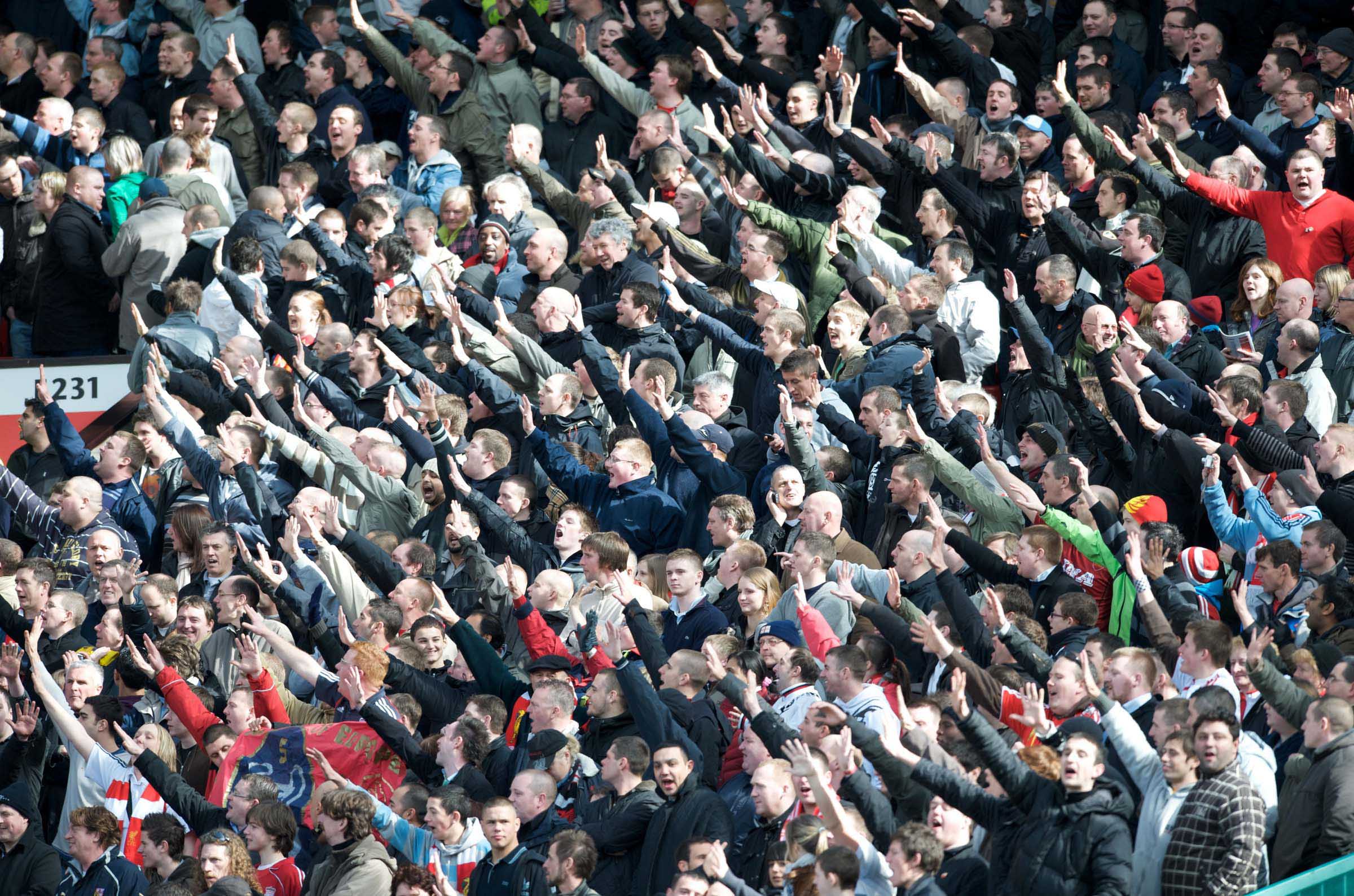 2. HIGH FIVE: Fernando Torres is at as well after equalising for Liverpool as the Reds dominated United in March 2009

3. FINAL SCORE: The empty seats and the glum faces tell you all you need to know after Gerrard, Aurelio and Dossena added to Torres’s goal above to leave United nursing their wounds after their biggest home defeat since 1992 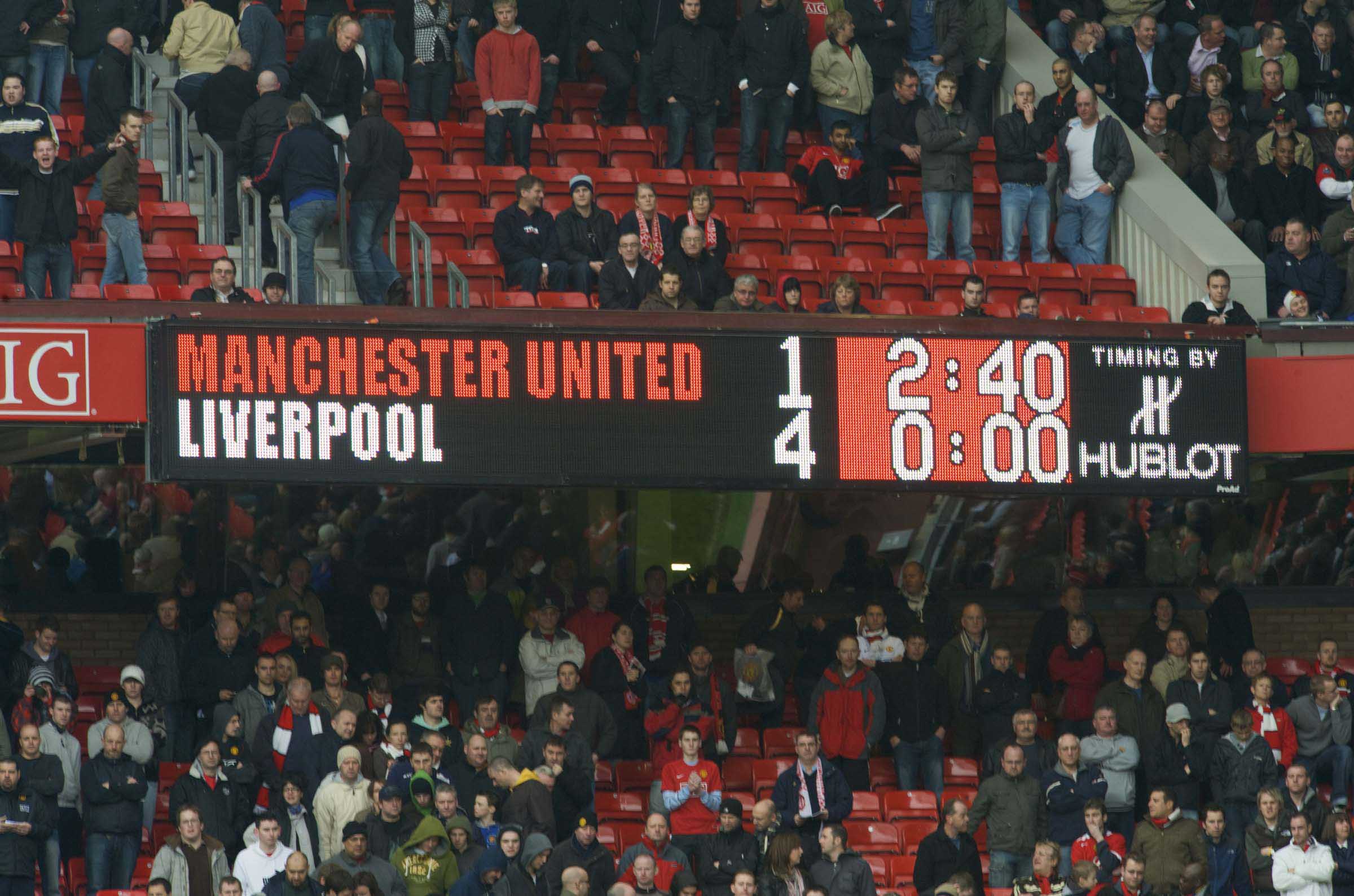 4. BUM DEAL: Jamie Carragher takes no prisoners when tackling Rooney at Anfield in 2007

5. BANNER TIME: Cardiff 2003 as the Reds triumphed 2-0 over United to win the League Cup 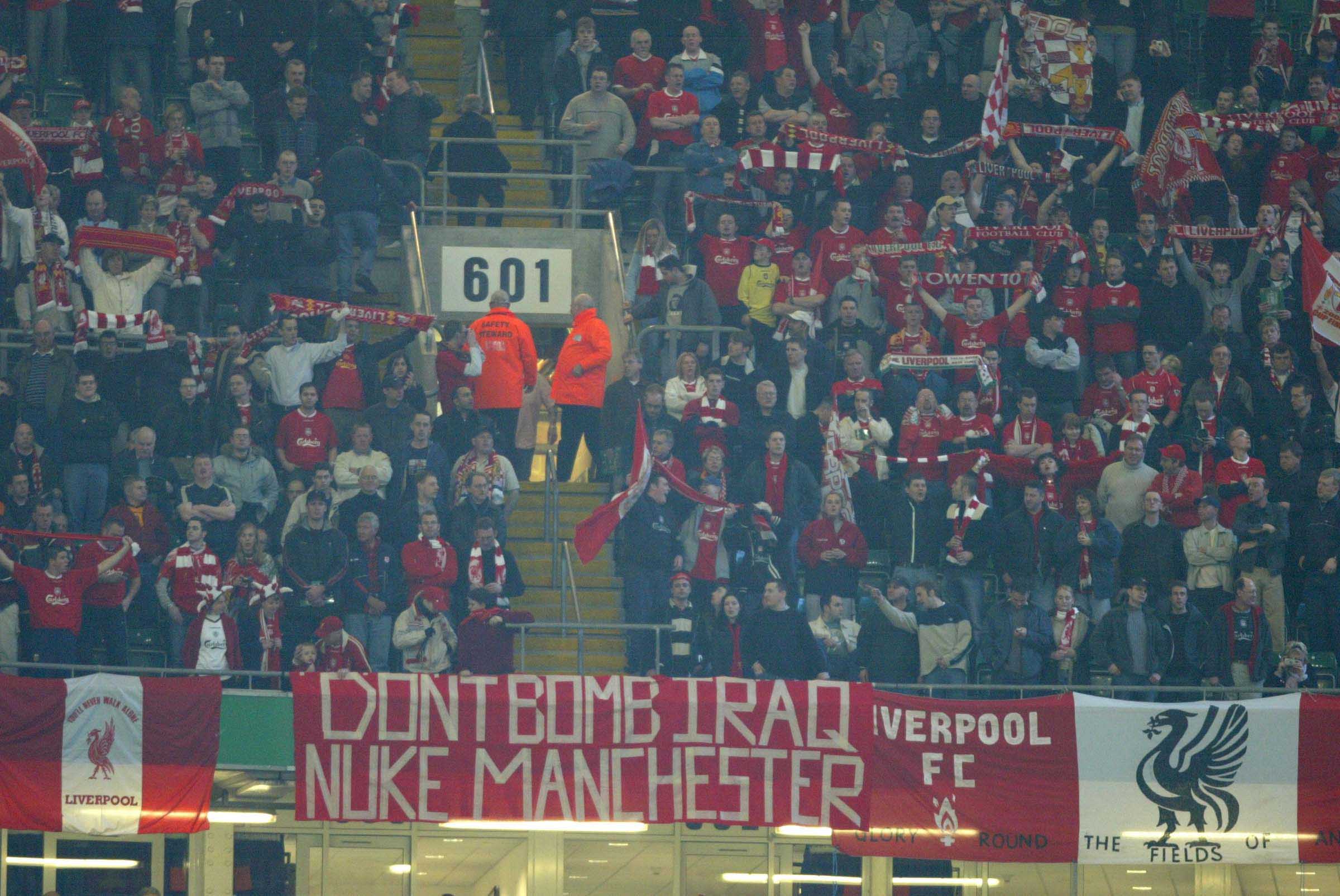 6. TAKING THE MICHAEL: Owen when he was on the right side of the divide — and before his bizarre decisions left him as nobody’s hero — scoring in Wales in that final to make it 2-0 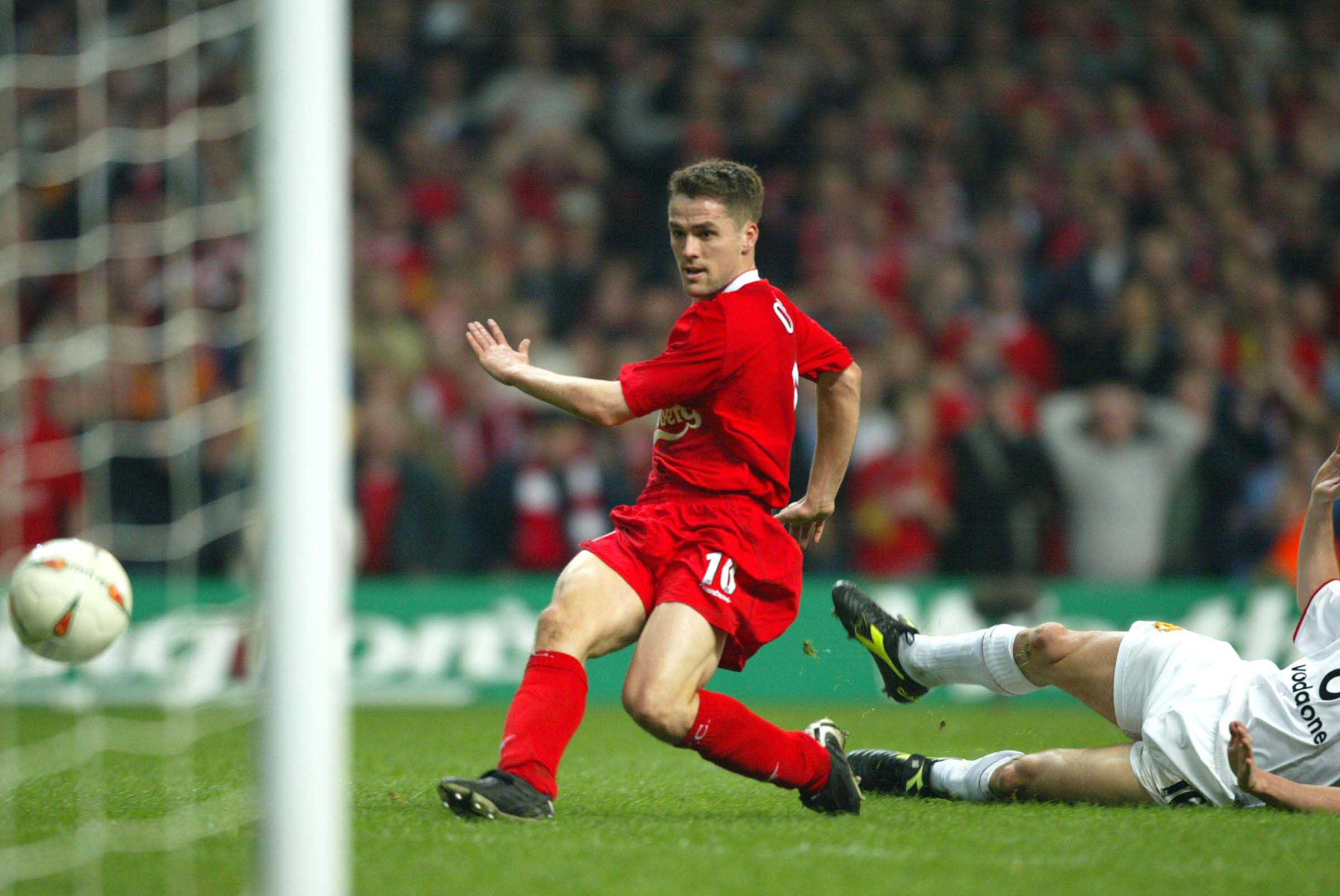 7. GETTING SHIRTY: Steven Gerrard celebrates his opener in the same game 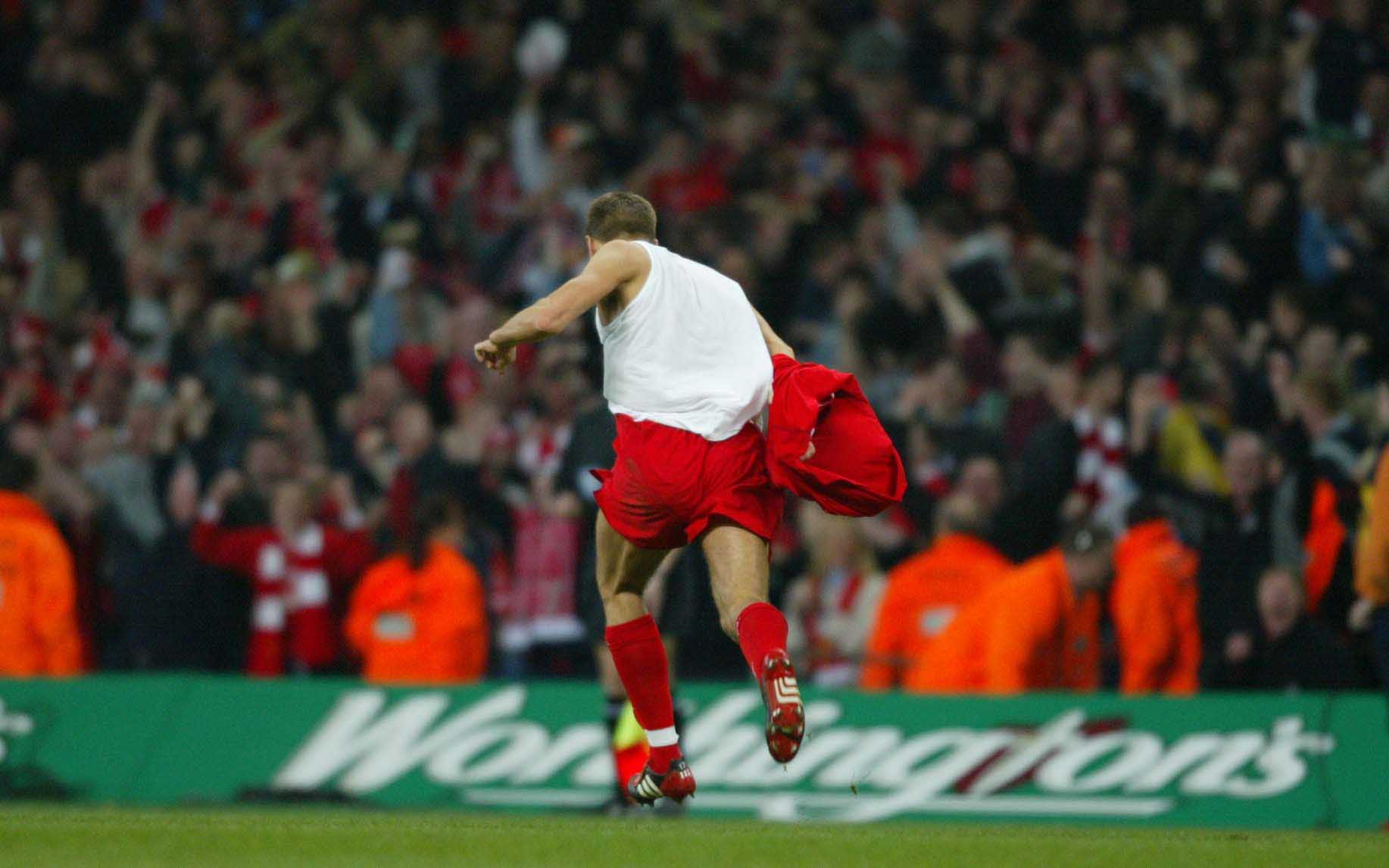 8. DUTCH OF CLASS: Dirk Kuyt celebrates his hat-trick goal as the Reds win 3-1 at Anfield in March 2011 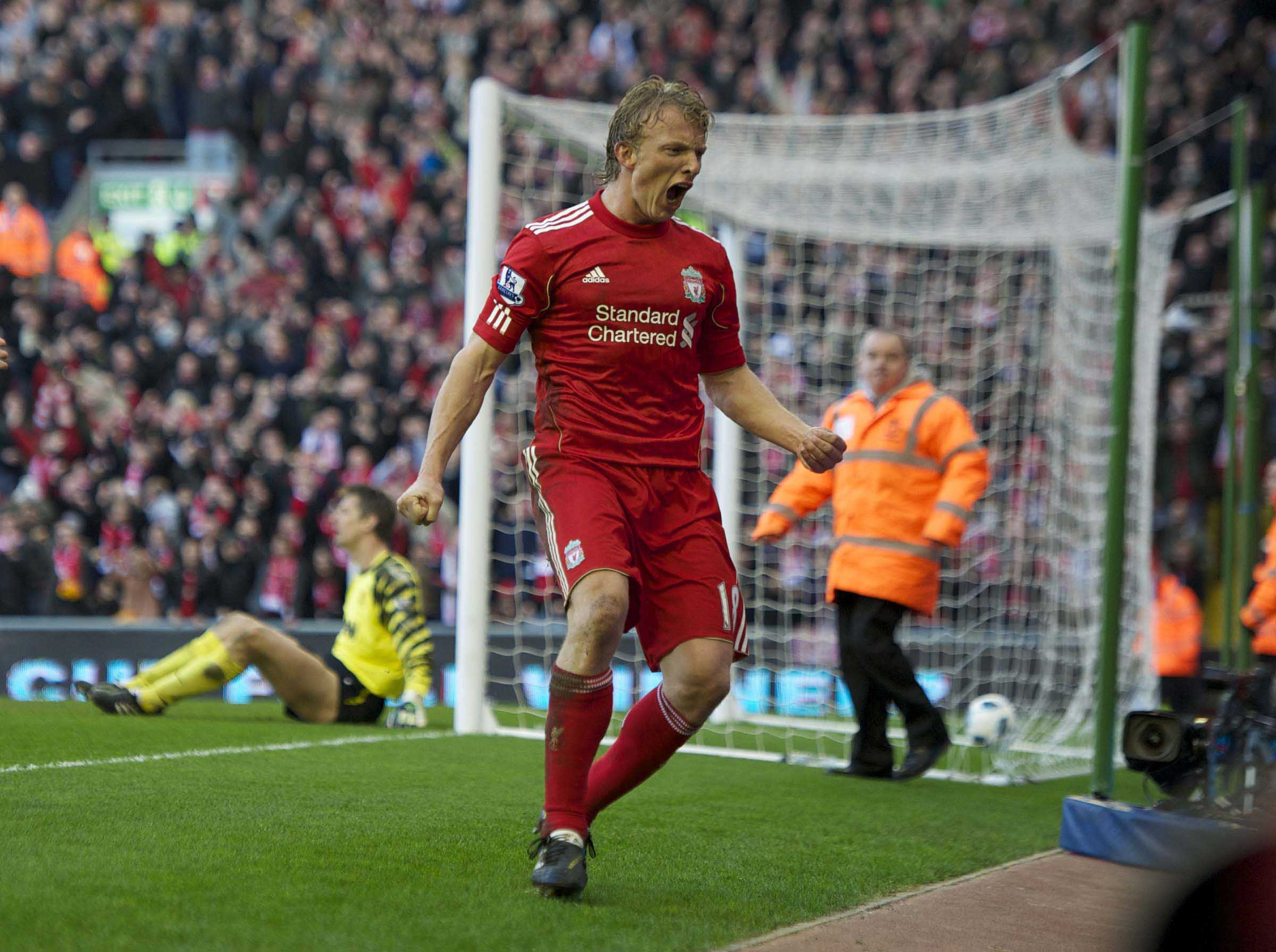 9. TRIBUTE: A United shirt left at Anfield in September 2012 following the publication of the Hillsborough Independent Panel’s report 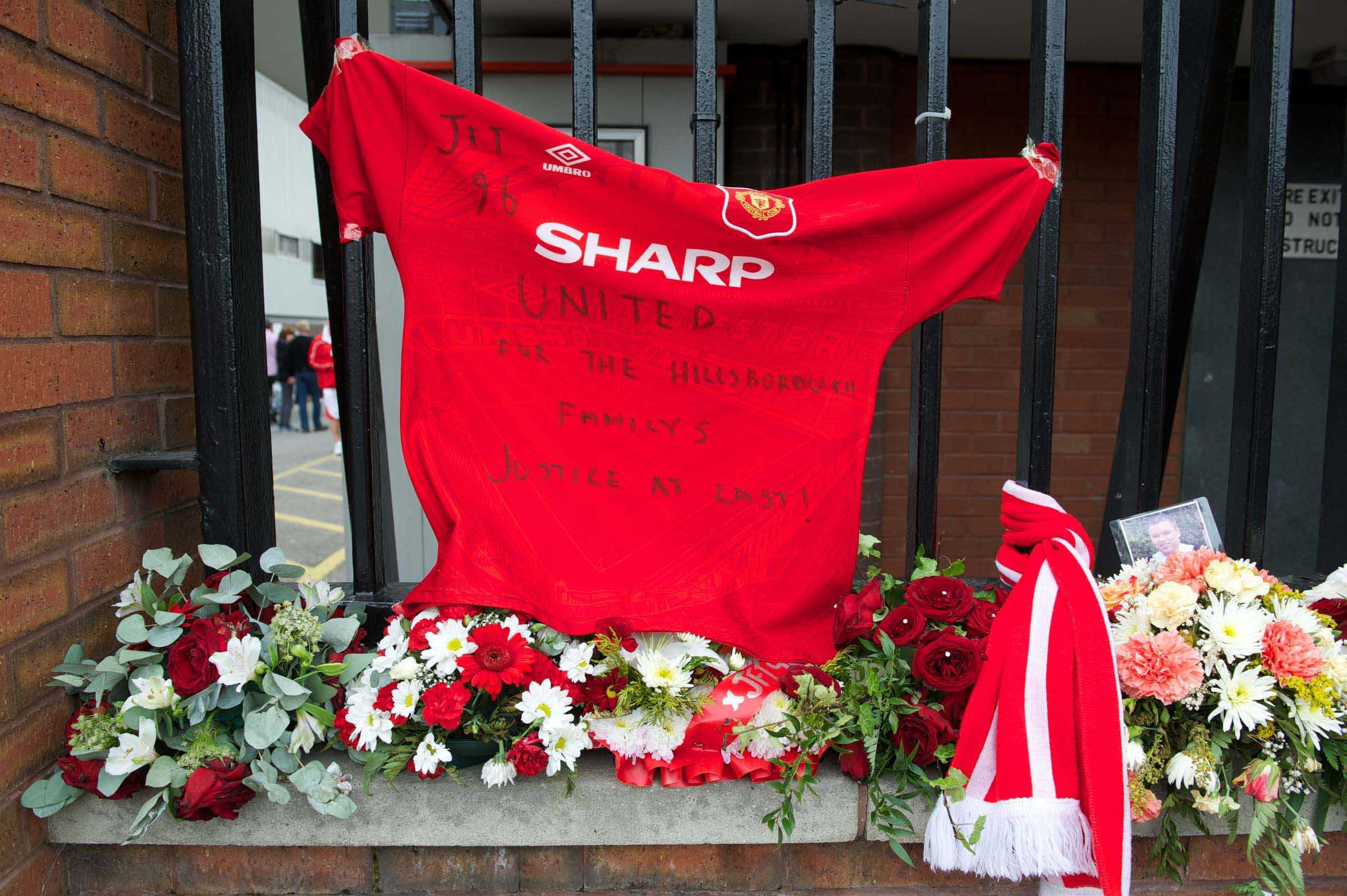 10. THAT MAN AND ROBIN: Steven Gerrard, who has scored nine goals against United, exchanges verbals with Robin Van Persie in September 2013 in a game Liverpool won 1-0 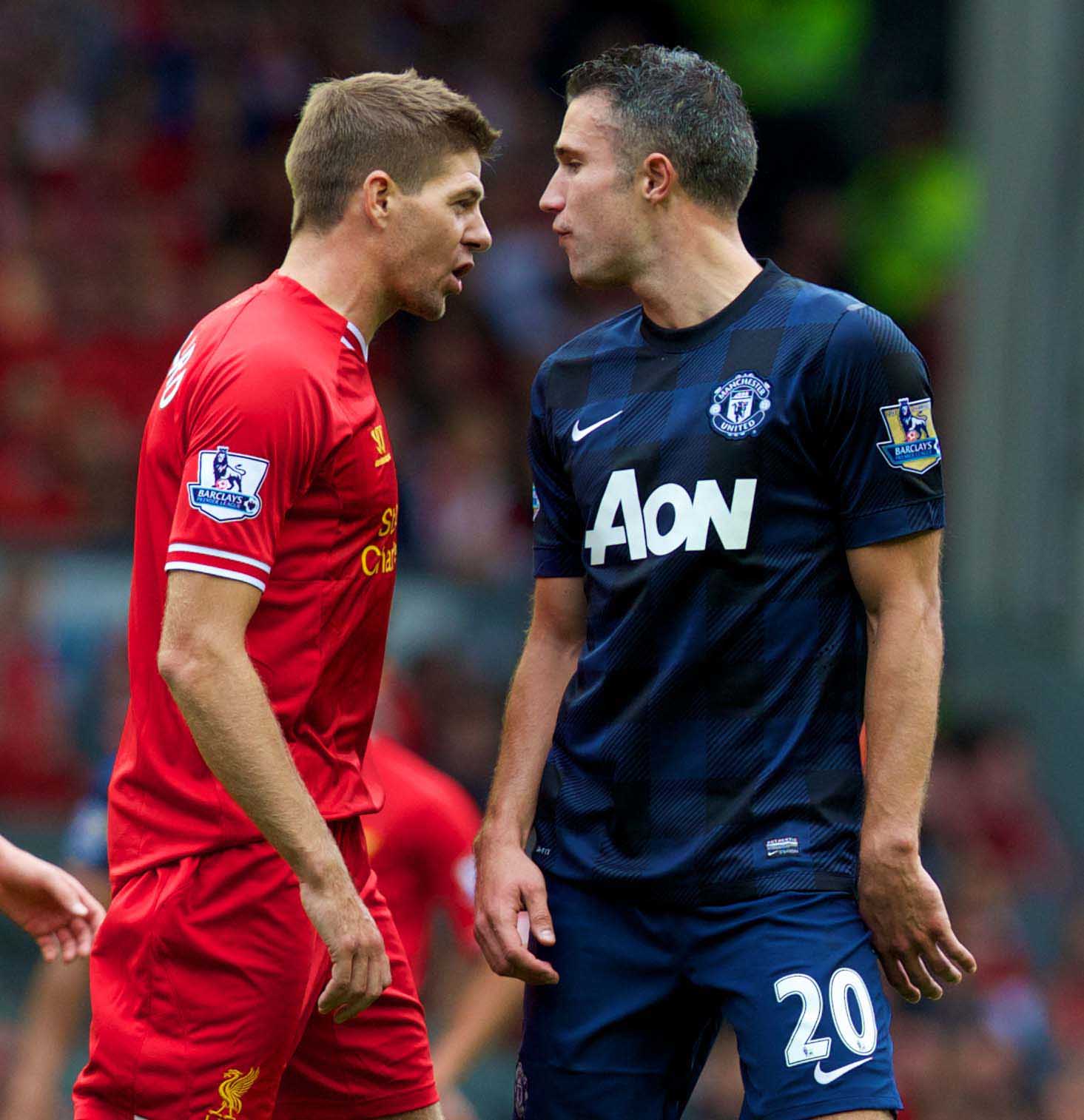 11. SMELLS LIKE TEAM SPIRIT: The skipper is joined by his team-mates after scoring the first at Old Trafford as Liverpool win 3-0 last March 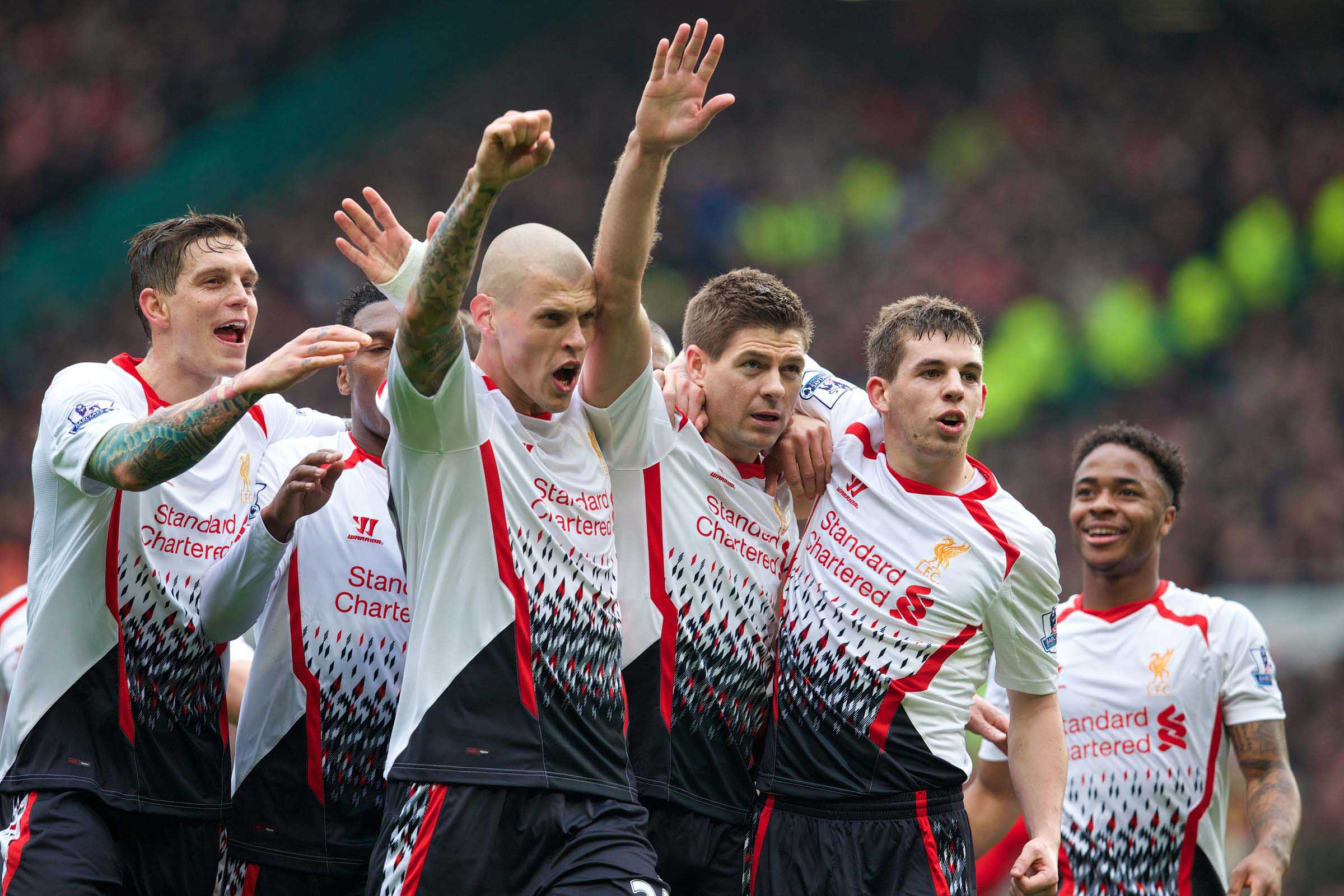 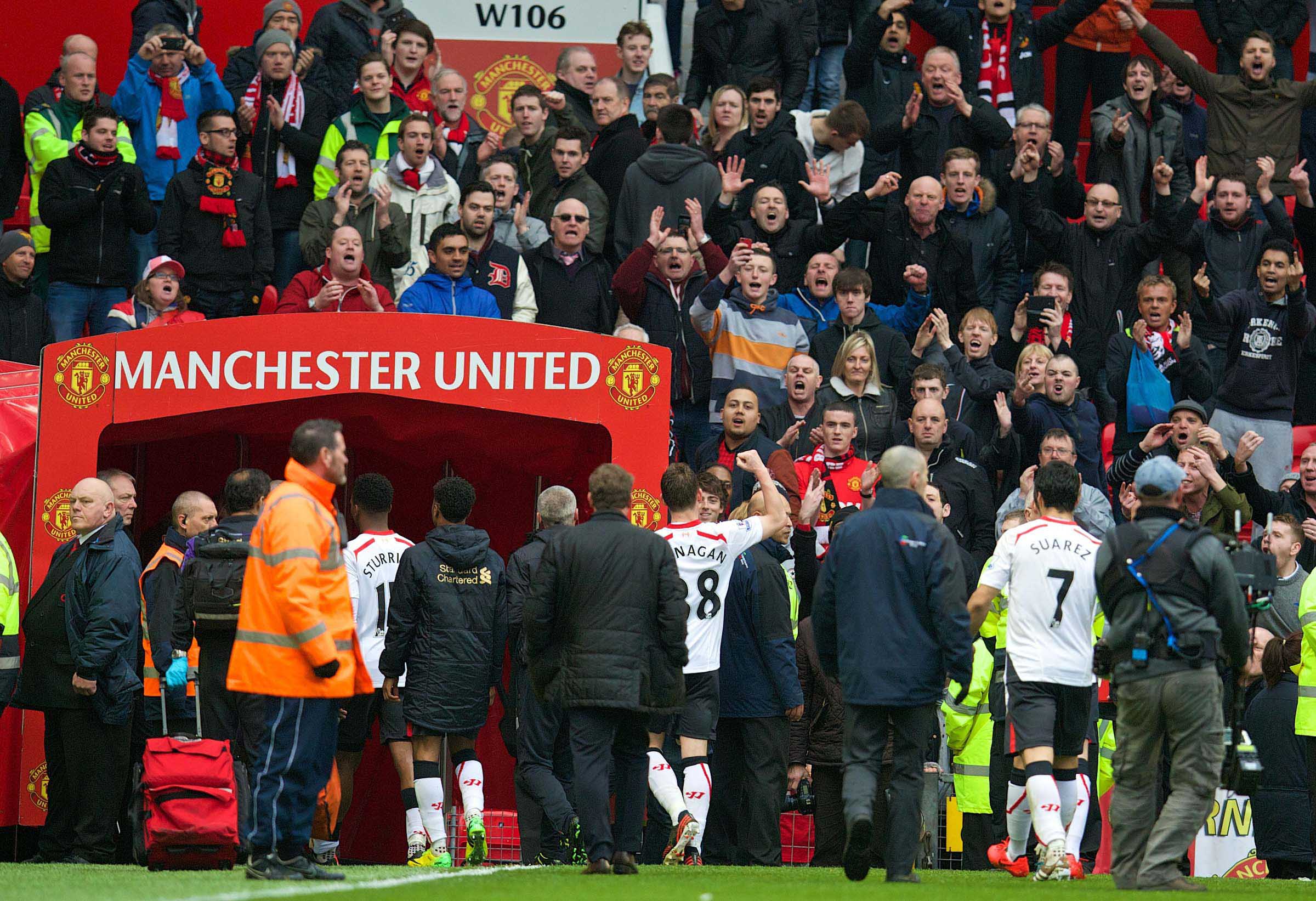