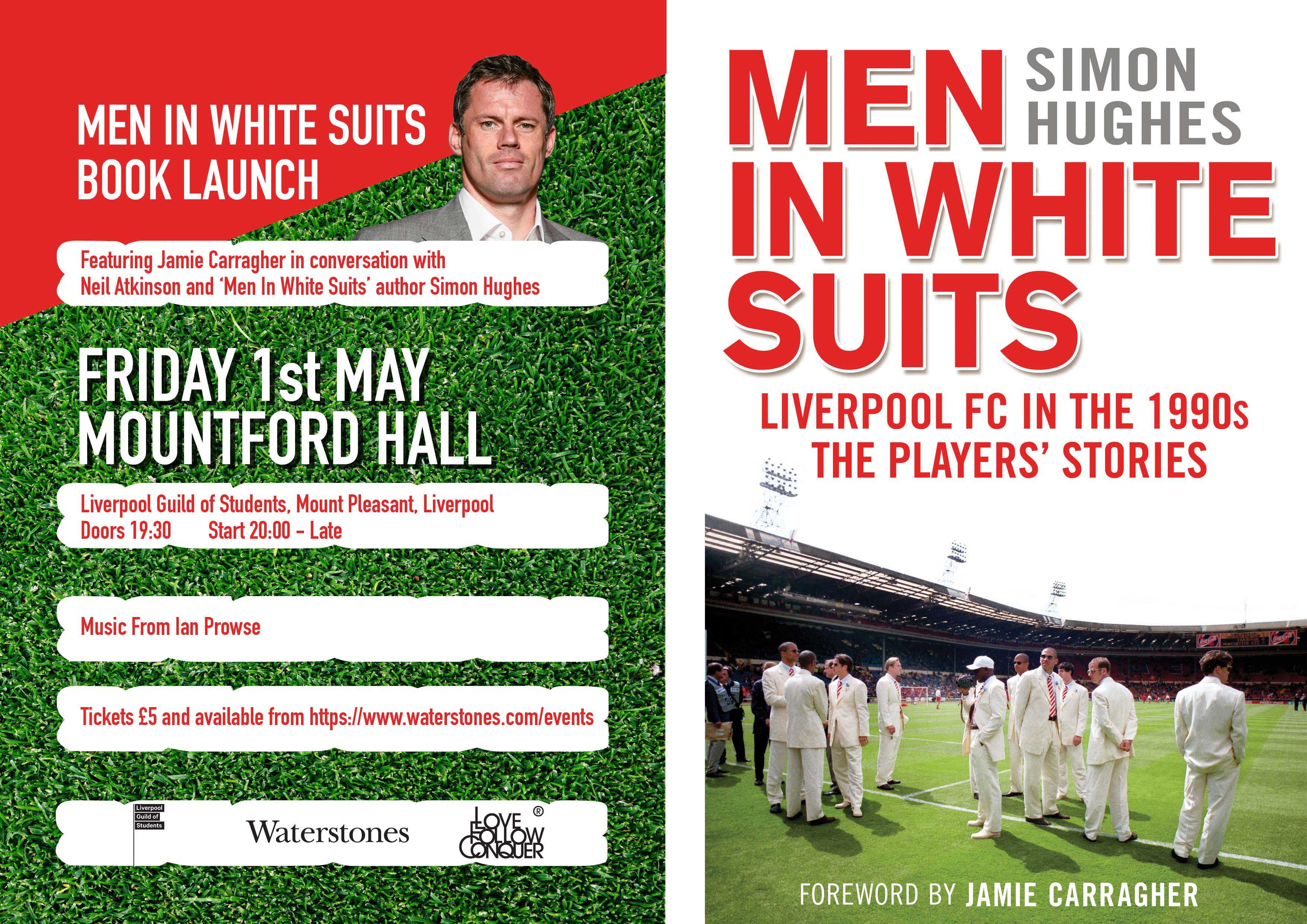 LIVERPOOL supporters are invited to join Jamie Carragher and Simon Hughes when they discuss the author’s new book at the official launch of Men in White Suits.

Jamie and Simon will be joined by Neil Atkinson from The Anfield Wrap on Friday May 1 at Mountford Hall, the University of Liverpool. Doors at 7.30pm

Later, there will also be music from Ian Prowse.

Released on April 9 Men in White Suits is a sequel to Red Machine, which won the Antonio Ghirelli Prize for Italian Soccer Foreign Book of the Year in 2014.

This event is being held in association with Waterstones Liverpool One and clothing brand Love Follow Conquer.

Tickets are £5 and ale will be available from the venue’s on-site bar.

Liverpool are scheduled to play Queens Park Rangers at Anfield the following day so the event could form the start of a superb football weekend.

About Men in White Suits

“The best Liverpool author around, investigating one of the most enduring questions in British club football: why Liverpool, imperious for so long, so abruptly and completely stopped winning titles from the 1990s. That is some combination. A captivating book which is essential reading for all fans of the game, whether Liverpool supporters or not.”