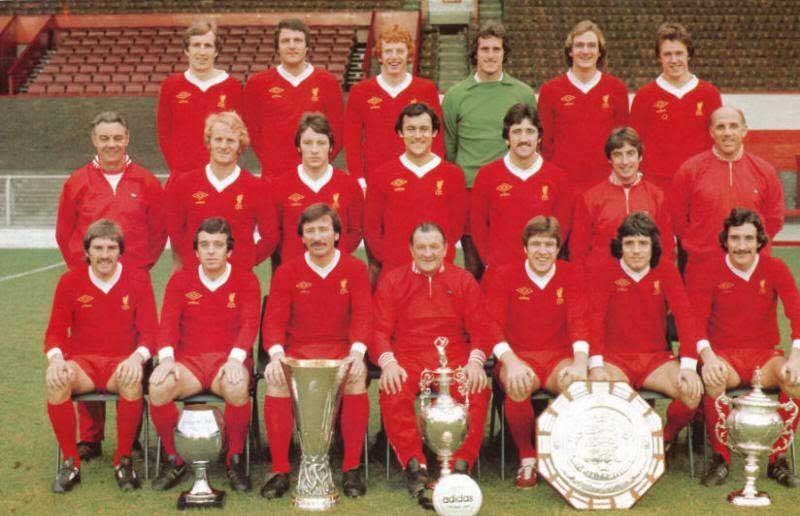 There are other trophies and trinkets in their cabinet too – Fairs Cups, Super Cups and so on, but you get the picture.

The reason for the pre-amble is that Liverpool have played Barcelona only eight times – four times at Anfield, four times at the Nou Camp. And our record reads: Played 8, Won 3, Drawn 3, Lost 2. Not bad.

Better though, is the Reds’ record in Catalonia: Played 4, Won 2, Drawn 2, Lost 0. In fact, Barcelona have only managed one goal against Liverpool on their own turf.

Now everyone remembers February 2007: Craig Bellamy and John Arne Riise both scoring in Spain after their well-publicised spat involving a golf club and Bellamy celebrating with a swing that won someone somewhere a fortune at the bookies.

As results went, that’s up there among the best considering Barcelona were Champions League holders at the time.

Liverpool have twice played out a 0-0 at the Nou Camp – in the Champions League in March 2002 and in April 2001 in the first leg of the UEFACup semi finals, a match that brought boos and white hankerchiefs from the home support (soz about that).

But a lesser known game for younger Reds is the day Liverpool became the first English side to win a game at the Nou Camp.

Thirty nine years ago today, March 30, 1976, and again in a UEFA Cup semi, Liverpool took on a side containing two of the finest players in world football – Brazilian Miguel Mir and Dutch turning pioneer Johan Cruyff – and won.

Kevin Keegan was the star on the night, the Liverpool No.7 outshining his illustrious opponents, and he was involved in the winning goal which arrived after just 13 minutes when he chested the ball to John Toshack who put it past Pedro Mora for his 21st goal of the season.

The home fans lashed a load of cushions at their players in protest on the final whistle, prompting Bob Paisley to say: “Every cushion on the pitch was a tribute to our play.”

There are some brief highlights of the game on the video above about the 21-minute mark.