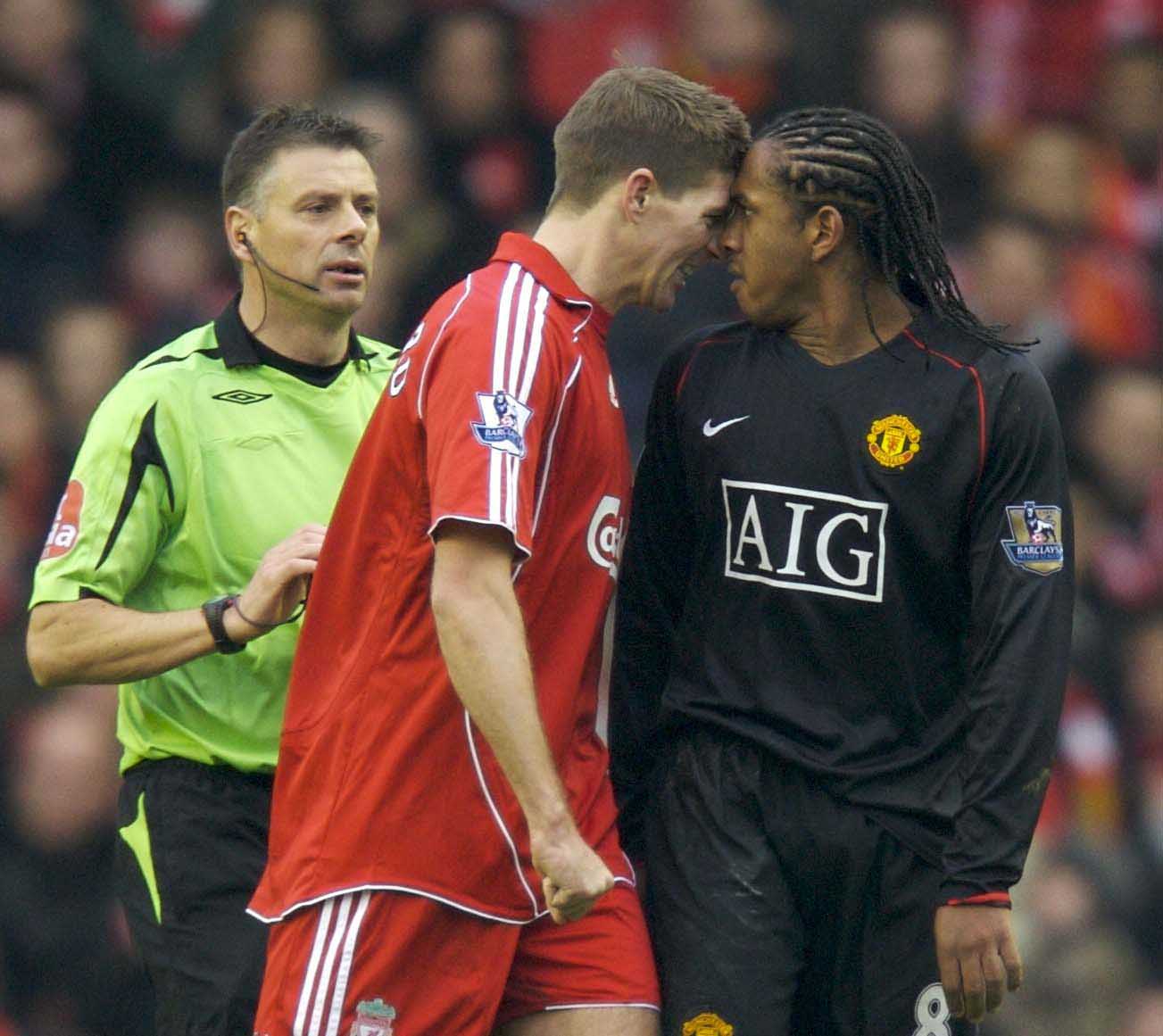 IT’S MONDAY so there will be issues. Football always has issues on a Monday. And to make the issue look worse, someone will say it. Someone will write it. They will use that phrase.

How about we stop? The opportunity is upon us. Let’s seize the chance and end the lunacy. Football isn’t “the beautiful game” so let’s stop pretending otherwise. Banish that godforsaken phrase to the bin. Delete it from the dictionaries, wipe it from the web. No longer should it linger on the lips of the commentator or creep into copy of the match-day reporter. It belongs in Room 101. And not the Frank Skinner version; the George Orwell original — the evil torture chamber where the Party subjects the prisoner to their own worse nightmare. This is my nightmare. A recurring one every weekend of the football season. And every Monday. It slaps you in the face when you open a newspaper, springs from the web when you read online, assaults your ears when you listen to a match and sparks a primal scream when you watch a game on the box.

It’s a good game, a brilliant one even. It’s drug like in its allure and it’s hard to kick the habit.  It’s an integral part of life for many fans, all-consuming for others. But beautiful? Do me a favour. It was never was, isn’t now and never will be. So let’s take that three-word combination to a memory hole, pop it in safe in the knowledge it is heading for a furnace, and move on with the phrase expunged. We’ll all be better for it. It has as much meaning, purpose and truth in it as ‘We’re All In This Together’.

So why the hate for this particular piece of over-romantic tosh? Well start with the phrase itself. Overused, unoriginal, meaningless and clichéd. Everyone perpetuating its use needs to up their game. A Google search for ‘The Beautiful Game’ elicits 422 million results. Write something else. A rummage in Google News shows the phrase has largely been used in recent times to throw bricks at the sport we love — ‘Racist Chelsea fans in Paris: The Beautiful Game?’; ‘The Beautiful Game has an ugly problem (misogynistic abuse)’; it’s also used to discuss diving, spitting, pitch invasions and it’s used by regional papers, national papers, Sky Sports, Eurosport and Football 365 among others.

How many football fans truly think the game in all its forms is beautiful? Some of it is. Some of it most definitely isn’t.

The Oxford Dictionary definition of ‘beautiful’ is: “Pleasing the senses or mind aesthetically.” Mistreated migrant workers dying at an alarming rate while building the infrastructure for Qatar 2022? Richard Scudamore claiming it’s not clubs’ responsibility to pay staff the living wage? It doesn’t please my mind.

Even the origins of the phrase are questionable.

It’s commonly accepted Pele first coined it and whether he did or he didn’t he called his autobiography that anyway. So that’s a done deal then because ‘Brand Pele’ is the self-proclaimed best player ever, right?

Never mind all those players that are arguably better – Ronaldo, Messi, Maradona, Zidane…take your pick. Yes, he scored 1,283 goals in his career. Beautiful. But the ugly fact to run alongside is that 77 were for Brazil and only 12 were in the World Cup. Of course he was brilliant, it would be ridiculous to suggest otherwise. But let’s have the context. Many of those goals were in friendlies and exhibition matches. He was the first player to grab box office status with both hands and he still makes the most of it to this day. Best player ever? Why? Many Brazilians don’t regard him as the best player to ever play for Brazil.

“I believe that Pele knows nothing about football,” said Luiz Felipe Scolari in 2002. That being the case, maybe a man living in Pele world is not the best person to be determining whether the sport is beautiful or not. There’s certainly little beautiful about the aggressive endorsements that clang from his person at every opportunity.

Another theory for the crowbarring of this phrase into the national lexicon was offered by none other than sex offender Stuart Hall. “The player I fell in love with and who inspired me to coin the phrase ‘the beautiful game’ was Peter Doherty, an inside forward, my first hero,” the paedophile ex-BBC presenter told The Guardian in 2003.

His is a body of work now best avoided, I’d suggest. 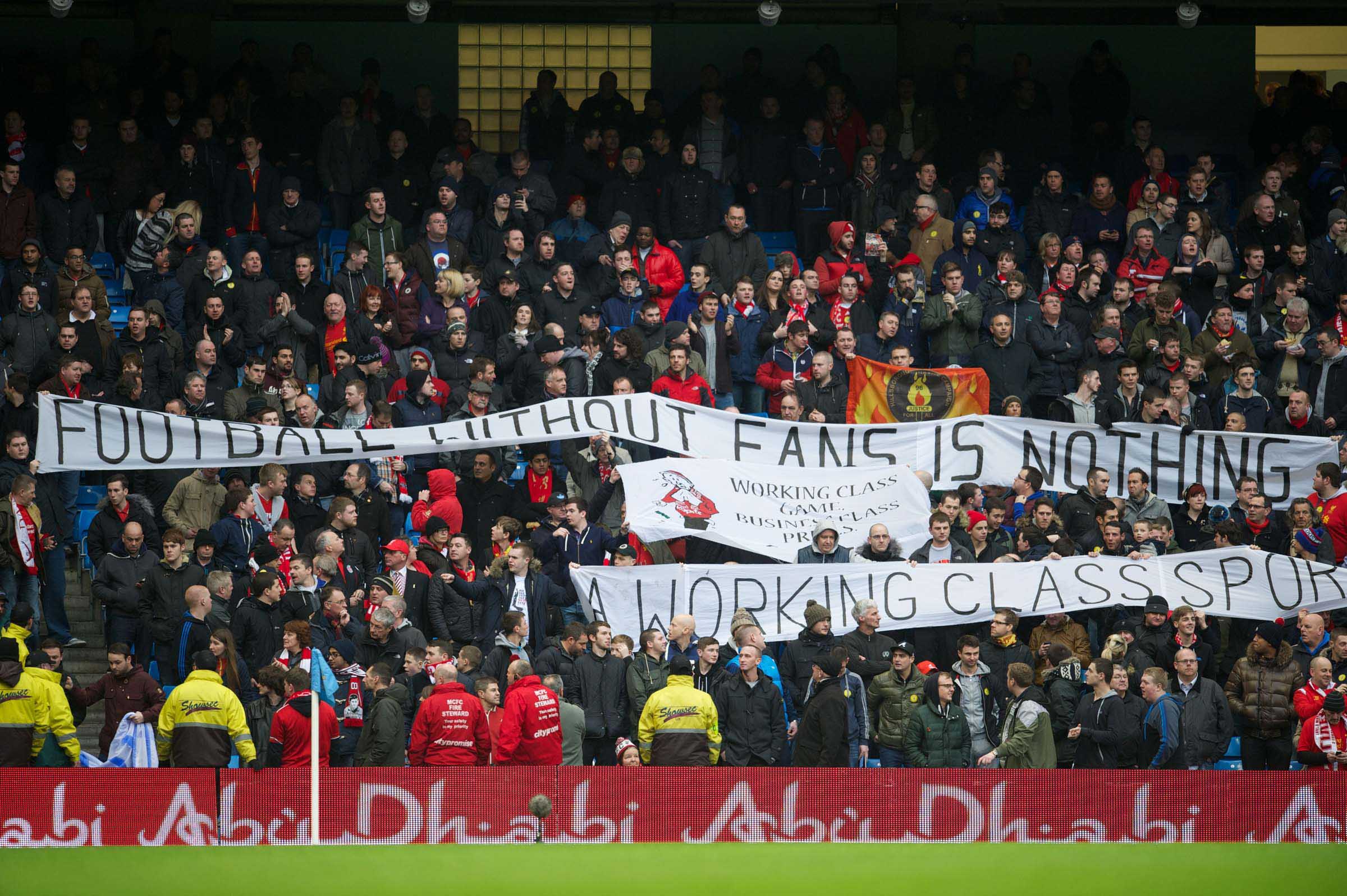 All that said football obviously provides moments that meet said criteria; that are beautiful: the smile on the face of a kid at his first game; the knockabout in No Man’s Land during the Christmas Truce; the 18-pass move; the sweetly struck volley. Most people reading this will love the game. I love it, too. But I don’t need beauty at every turn. Step out of the supporter bubble for a moment and think about it. Those moments are few and far between in the grand scheme of things, mere shooting stars in a chilly night sky.

And that’s just off the top of my head.

This isn’t intended to be a modern football rant. There was plenty ugly about the game before its supposed rebirth with the advent of the Premier League. Dilapidated and unsafe stadiums, fences, over-zealous policing and stewarding, hooliganism, even more racism, even more sexism.

A lot of that has changed for the better. But then like now much of what is truly beautiful about football has little do with the game itself. It’s more to do with what football facilitates. The friendships and camaraderie, the family moments of joy, the laughs, the songs, the sense of belonging and feeling of purpose. The primeval territorial urge that drives us to make sacrifices to watch 11 millionaires kicking a ball in the name of your city. That’s special. That’s beautiful.

But the good and bad of football run hand and hand — they’re not mutually exclusive so why pretend otherwise? Why judge it against criteria that has never been achieved? To again borrow from George Orwell, football requires Doublethink. It’s not The Beautiful Game. It’s The Beautiful Game AND The Ugly Game. The national sport and a corporate rip off. Top quality entertainment and unashamed exploitation.

The game has issues which need to be addressed with urgency: ticket prices, grassroots football, governance rules, the age of people attending games and the quality of coaching among them. Issues deemed ‘ugly’ and too easily ignored by those peddling brand Beautiful Game. Look at this big shiny TV deal over here. That? Oh that? Forget that.

The perfect world — ‘The Beautiful Game’ painted by the Premier League is something ‘the Party’ in Orwell’s 1984 would have been proud of. That Barclays advert with the old fella going the match is classic propaganda too. How many pensioners can afford to watch top division football at circa 50 quid a week?

So can we just stop calling it that. It is what it is. We love it. But it isn’t beautiful.

And all the PR, all the fluff, all the bullshit ? Well this, Mr Scudamore, Mr Blatter, Mr Dyke, Mr Platini and the rest. This is for you.

“And if all others accepted the lie which the Party imposed — if all records told the same tale — then the lie passed into history and became truth. ‘Who controls the past,’ ran the Party slogan, ‘controls the future: who controls the present controls the past.’ And yet the past, though of its nature alterable, never had been altered. Whatever was true now was true from everlasting to everlasting. It was quite simple. All that was needed was an unending series of victories over your own memory. ‘Reality control’, they called it: in Newspeak, ‘doublethink’.” – George Orwell, 1984