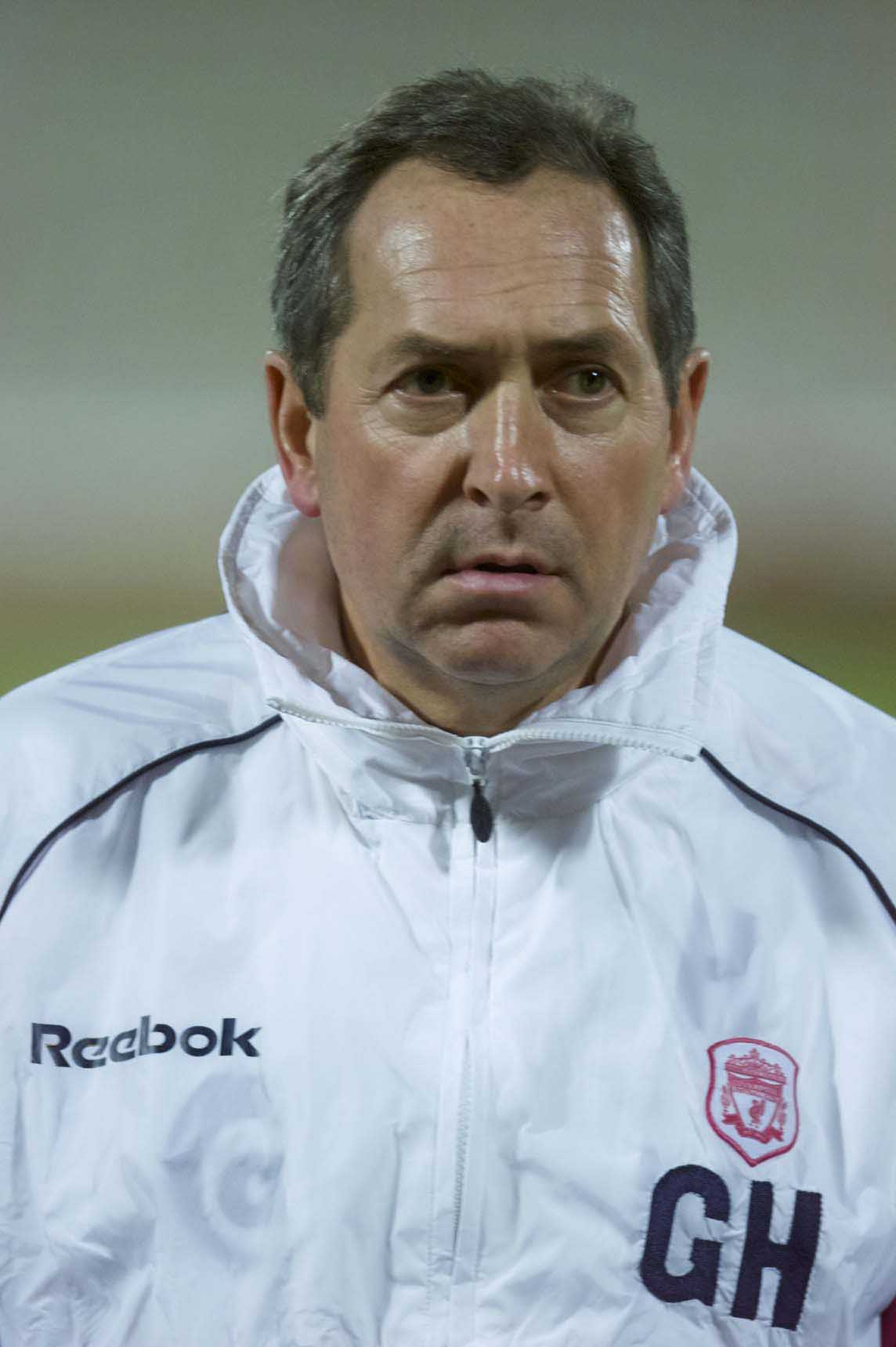 WE knew ages ago we were back in the UEFA cup after a disappointing showing at home to Basel, but tonight it really hits home as we host Besiktas at Anfield. We’ve all got a bit of a cob on about it, if we’re honest, with plenty moaning this week about the 17 rounds you need to win to reach the final, the fact that we can’t play Bayern Munich and the fact that they haven’t got the boss music as the teams come out.

But it wasn’t always seen as a second-rate competition. We’ve had some great nights in the UEFA Cup (or whatever its called now) and there is no reason we can’t have plenty more. Anyway, it beats staying in and getting all worked up about who killed someone in a soap opera. So to get us all in the mood for tonight here are my top 5 UEFA Cup nights at Anfield. Let me know if I have missed one!

On their way to their second UEFA cup Liverpool faced a great Barcelona side, Johan Cruyff and all. They had won the first leg away 1-0 thanks to a goal from John Toshack, meaning a draw at home would be enough. The attendence at Anfied of 55,104 remains Liverpool’s highest in European competition. Liverpool had a few problems with the referee that night, with Kevin Keegan saying he had “never played in a game where the referee was so biased. But Liverpool still managed to get through thanks to a goal from Phil Thompson. You can watch the video of the final below.

A magic night during a time where they were happening twice a week. I could have picked a few during the 2001 run to glory. The Roma game was certainly more action packed, but picking a game where you lost feels a bit Everton, so I’ve gone for the Barcelona semi final. Whenever we seem to beat Barcelona in recent times it always seems to be described as ‘not a classic Barcelona side’, but I’m looking at it now and it looks pretty good to me. The game was won by a Gary McAllister penalty, with Pepe Reina starting a long tradition of not saving penalties at Anfield. Before and after that there were lots of gloriously Gerard Houllier periods of nothing much happening at all. The biggest threat to our goal was actually Sander Westerveld being mad. Watching it back we actually looked more likely to score than they did, with Gerrard and Heskey in particular going close. After the game Barcelona suits were queuing up to criticise Liverpool’s style of play. So we went and won the final by the odd goal in nine.

[Not actually in the UEFA Cup this one, but we can’t exactly take it now can we? Ed.] This was a season of firsts for Liverpool, their first season in the full red kit, and the first season of European football. Considering that the team probably did well to reach the semi final, although don’t say that to any fans of a certain age, who will froth at the mouth at the questionable refereeing in the 2nd leg. But before all that there was a wonderful performance at Anfield. They opened the gates at 3pm for this one just because everyone wanted to get in. I don’t want to think about what the Kop smelled like by the end. Before the game Gordon Milne and Gerry Byrne, both injured so unable to play, paraded the FA Cup won the weekend before round the ground to stoke up the crowd even further. Wonderfully worked team goals from Hunt, Callaghan and St John gave Liverpool the win to the delight of everyone in the ground, bar a small number of Italians. We’re always told that player celebrations were sedate affairs in those days. Tell that to these lads. But ultimately an away goal, credited to Mazolla but which would probably go down as an unfortunate own goal these days, would cost Liverpool in the second leg. That and a Spanish referee….

Liverpool’s first season back in Europe saw them up against it in only the 2nd round. They were 2-0 down from the first leg to an impressive French side, and were in wretched form having won only 2 in their last 11 games. It was a task described before the game as “exceedingly difficult, if not impossible” by Jimmy Hill on the TV, and it didn’t seem like the fans held much hope either, with only 23,000 turning up. But somehow a team that contained Nicky Tanner managed to turn it around. McManaman won a penalty in the 4th minute which was converted by Molby. Kirkby’s Mike Marsh equalised with what must have been the only headed goal of career before the half hour. Then we had to wait an absolute AGE before, just as people must have been given up, Mark Walters jinked through their backline, took it a bit too wide, but scored anyway. I remember having to watch it upstairs on a tiny TV with a dodgy aerial. God knows where my dad was. Thinking about it he probably went and didn’t bother taking me….. Cheers dad!

It’s hard to imagine now, but back then the UEFA Cup final was over 2 legs. Liverpool were at home first and battered their German opponents to nil with 2 goals from Kevin Keegan and one from Larry Lloyd. There was a penalty saved on both sides too. Clemence’s is a belter. Liverpool were very direct on the night, using Toshack’s height in particular to great effect. In the second leg the German team showed their class but Liverpool were able to hold on to win their first European trophy. Liverpool would later beat the same team to win The European Cup. Not that their fans hold it against us. They still travel over to watch Liverpool play. What a great set of lads.