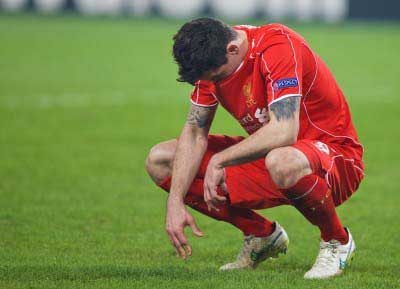 ISTANBUL, TURKEY – Thursday, February 26, 2015: Liverpool’s Dejan Lovren looks dejected after missing the vital fifth penalty against Besiktas JK in the shoot-out after a 1-1 aggregate draw during the UEFA Europa League Round of 32 2nd Leg match at the Ataturk Olympic Stadium. (Pic by David Rawcliffe/Propaganda)