LIVERPOOL: THE SHOCK OF THE NEW

IDENTITY. Brendan’s word. The team’s getting its identity back.

I’ve said this before; I have blue family. Wife and son both season ticket holders on the other side of the park. I know there’s plenty of us in similar situations: I like to feel that we have some kind of insight into how the minds of the blue half of the city work.

The Blues hate us. I mean, we know that anyway but when you live with it you start to realise exactly how much they hate us. The Ev despised Luis, they hate Brendan (far more even than the #Rodgersout Twitter brigade), they don’t like the way Raheem runs. There are so many things they hate about us. So many things that we love. But what they really hate, what they really don’t get is the flags, is the crowds welcoming the bus, is the way we support. They don’t do flags, they don’t do fanaticism they way we do it.

Christ, Saturday must have sent them all apoplectic. 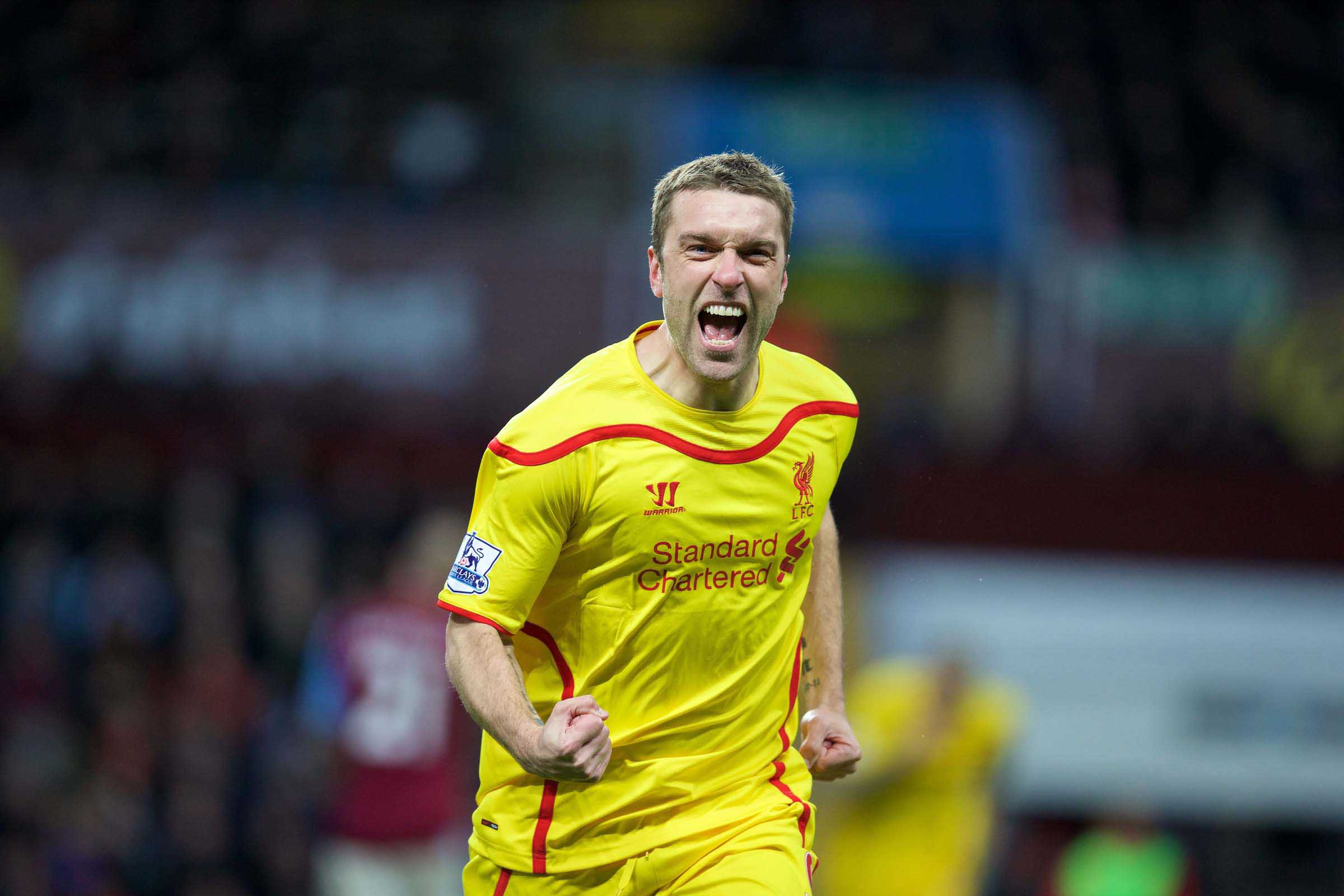 Full disclosure; I’ve never done an away game in the league.

Hey, I worked Saturdays for the best part of thirty years, I’ve got an excuse, I can get you a note and everything. And since I stopped working Saturdays I haven’t exactly picked up the habit. So I wasn’t there, I didn’t experience it. I didn’t see it. Couldn’t find a stream, couldn’t be bothered going the pub. So I listened to the radio. Which, all due respect to the lads on CityTalk, is nowhere near as much fun. The first half sounded dull (looked better on TV though), the second half sounded like hanging on in the face of a Villa based bombardment. It sounded like a wait for the inevitable, sounded like two points waiting to drop again. Until Rickie, obviously. Until the relief, until the joy.

And the radio didn’t capture that. Not really. It said that Lambert had run to embrace the fans, made it sound like the fans were swarming toward the touchline. Couldn’t really give the full picture.

The TV couldn’t really give the full picture. It was a day for vines, for Facebook and Twitter posts, a day to be there. A day when you needed to be there, when those were there were luckier than you. It was a moment.

It was the Lucas moment. It may have been Lambert’s goal, it may have been his reaction, his relief at the frustration of the last few months exploding with one exquisite turn and curled shot, he may have been the catalyst but it was Lucas’ moment.

Markovic buried and screaming, Skrtel crowd surfing, the whole team as one with the fans, one wonderful moment of absolute communion, team and support all part of one massive whole. Exactly the spirit that all opposition supporters hate about us because they don’t get to feel it. They don’t get to feel the joy of the spectacle, of the belonging, of the knowledge that we’re all part of a slice of the sheer weight of history that we carry with us and breathe every day. This is Liverpool, this is ONLY Liverpool. There is no other club that has this. It’s Shankly’s legacy, it’s the holy triumvirate of manger, team and fans. It’s unique moment in which the team acknowledge that we are as much the club as they are, that they’re as much fans as we are. They’re acknowledging the 3,000 in front of them but they’re sending a message to every single one of us.

And it’s more than that. Within the relief of seeing out the Villa fight back, within the joy of Rickie Lambert shrugging off the heavy shirt he’s been carrying, within the celebration of Skrtel and Sakho and Can and Mignolet suddenly looking impregnable there is the Lucas moment.

There is the moment when Lucas hurls himself into the mass. Hurls. Runs at the crowd and launches himself. Because he knows. He knows that we thought he was going and he knows what was said about the idea. He knows how we felt about the concept of losing him. He has to know. He can’t be unaware. Look at his face, look at the joy; that’s a man who knows he’s wanted, who knows he belongs. Who knows exactly where he belongs.

THAT is the identity of the team. That’s the ‘meeting the bus for the first time’ moment. That’s massive. That’s a beginning. We haven’t refound our identity, we’ve found a new one. Last season may have been about the madness of Luis Suarez, may have been about imprinting his manic attitude to the game all over the field, this season looks very like it’s about the diligence and assuredness of Lucas Leiva. It looks like it’s about his desire to still be here, to be involved in every second. This season is about wanting to BE Liverpool.

The first few months have been about the hangover, about the not winning the title, about losing a genius, about more transition than we’d expected, about watching our icon reach the end of the road, about the shock of loss. Saturday was a turning point. Saturday was about becoming the next Liverpool, a Liverpool that embraces everybody again. The frustrations gone, the divisions gone, the goals coming from the players we didn’t rate, the impetus from unexpected areas. It was about resolve under pressure and character. On all fronts. The eleven on the field, the 3,000 in the stands.

It was, let’s not make too many bones about this, about rebirth.

Can you feel it? That’s the future starting.