I  CAN’T do anything.

There are things that I could be doing, should be doing. I’m a writer; I should be writing. There are actors who will want words putting into their mouths at some point and this novel resolutely refuses to finish itself. It’s not happening. I can’t do anything. Can’t do anything but think about Liverpool. Can’t think about anything but Liverpool and the impending destiny that waits in a plastic flag bedecked corner of London.

I know what I’m like, I know how easy it is for me to write myself into a state of mania when confronted with this particular section of blank screen and I know I’ve said some of this before. But….

I didn’t go into last Tuesday with expectation. I went with hope — hope built by the way the league form was starting to build, the way those 11 lads in red shirts were clearly starting to click, the way there was an understanding showing through. I had a sneaking suspicion that we were coming through those August to December dark days but still questioned whether we would weather the worst of Mourinho’s currently terrifying Chelsea side.

Weather it? We embarrassed them in every area other than the one that would have really helped — the putting it in the net bit. A few more goals might have helped: with progression, with confidence, with ego, with humiliating the graceless idiot. We were impeccable. We were beautiful. We were utterly, utterly Liverpool.

So I enter tonight not necessarily with expectation — those London lads are still a bloody effective team and possibly up for a bit of a fight after Saturday’s laugh fest — but with confidence. Confidence that the 11 men that we send out know how to do the job. That they know that they’re as good as Chelsea. That they know instinctively that they’re not out of their depth. That, if anything, they’re better than the 11 in front of them. That they can break down the six men on the 18-yard line. That there’s every possibility that Chelsea are now more scared of what we’ll do than we are of their capabilities.

And they’re scared of our fans. Scared of the atmosphere, scared of the togetherness, scared of the communion, scared of the oneness. Mourinho wants his fans to give 25 per cent of what we gave last week? They can’t — they’re not us. Never will be. No history. They can give their all for 90 or 120 minutes and the small corner that we have will outdo them. 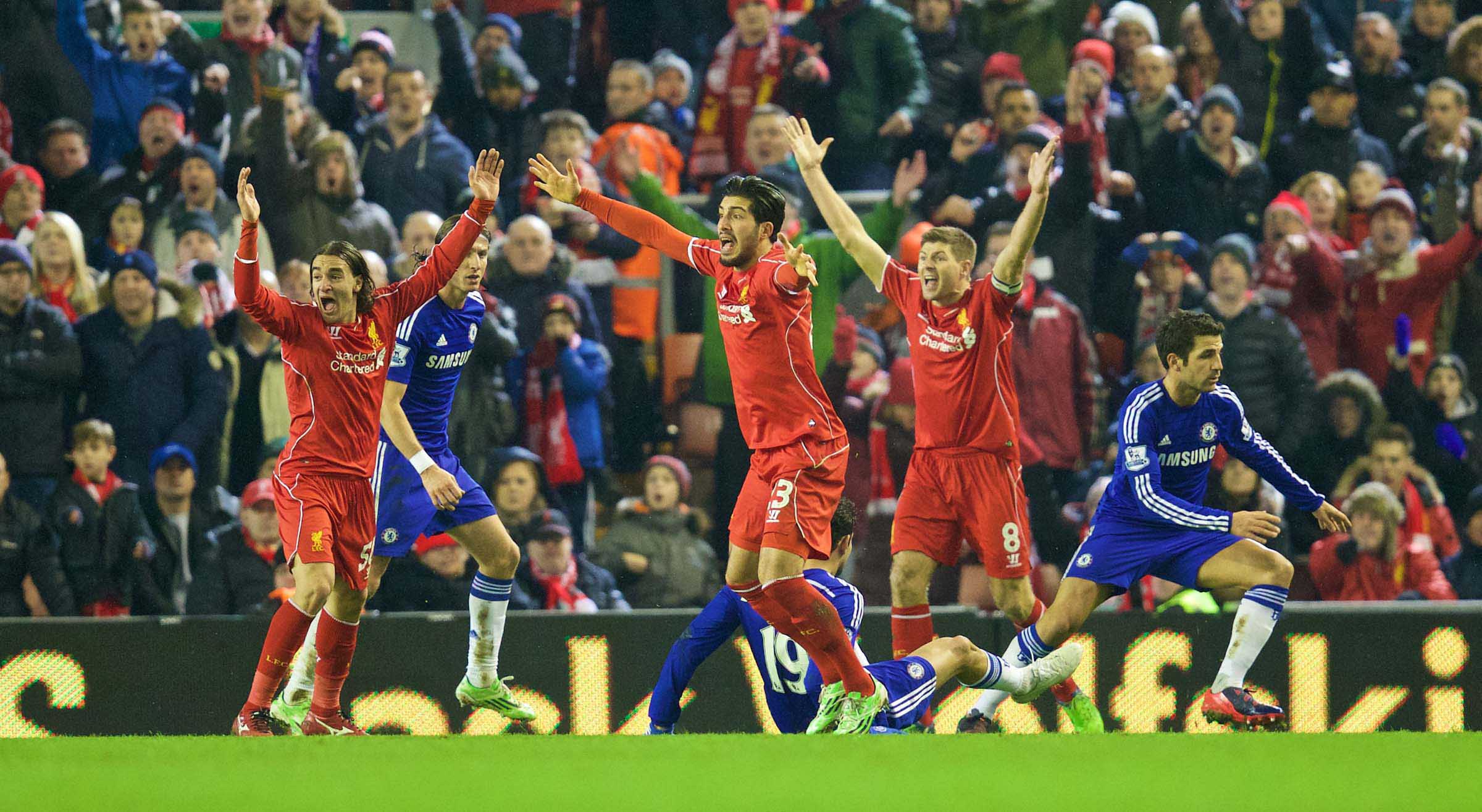 I think Lucas Leiva feels destiny calling. Think he feels it an almost Hollywood-esque degree. Think he knows that returning to the ground that stopped him in his tracks just as he’d won over every single doubter that he’d ever had and showing that he’s back, back, back is the ultimate redemption tale. We do this one for Lucas, as Brendan used to love saying, we do it for him, we give him the final he deserves, give him the first medal and then follow it up before the end of the season with at least one more.

You know what else I do if I’m Brendan? I take Daniel Sturridge, the Daniel Sturridge who apparently travelled down in his own clothes — indicating that he won’t play any part — and I give him a trackie and I sit him on the bench. And I say, “it’s okay, Dan, I’m not risking you, you won’t come on, your job is just to be. To be Daniel Sturridge. Just sit there and be Daniel Sturridge. And see those lads at the back? The ones in blue shirts? They’ll be watching Raheem and Phil and Stevie and trying to figure out where they are but all the time they’ll have this one little bit of their brains that’s working overtime on ‘what if HE comes on? Jesus, if they did that to us last week, what happens when they bring on the lad that scores the goals?’.

Mind games? Mourinho thinks he does mind games? Thinks turning up at Anfield in April looking like a tramp, making out that he’s got flu, that he’s not up for it; thinks that’s mind games? You want mind games? We’ll give you mind games, we’ve got a Sturridge.

So, yeah, I’m excited. I’m ridiculously excited. I’m bloody excited. I’m counting down the hours until kick off, trying to find ways to make them go faster and in the meantime…..?

I can’t do anything.

I can’t do anything but look at the future, look at destiny, look at history starting, look at the first trophy of the new era and everything that follows.