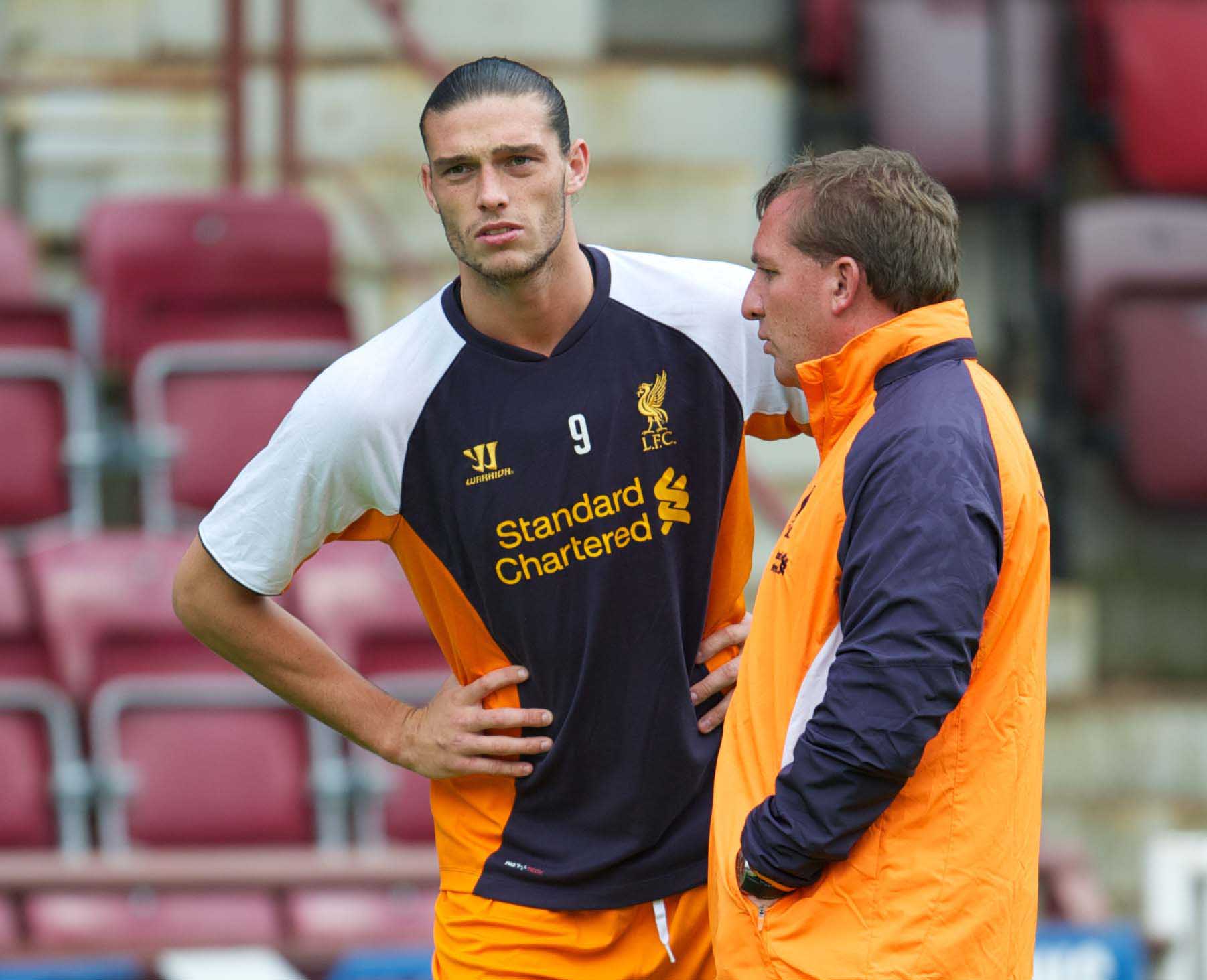 Rodgers’ performance as manager this season – and the track record of the transfer committee he is part of  – rightly attract scrutiny. But some of the minutiae of his management that ends up under the microscope for some isn’t so easily explained. Does it matter where he lives, who he lives with or who is landlord is? What he wears? What he says and how he says it? What his family do? What his teeth are like?

Some will say yes, some will say no. For the record, I think sometimes he says too much when a straight bat is required. But we all have opinions. Ultimately he’s employed as a football manager with the task of getting results. Realistic results in competitions skewed by many factors. But everything else is examined anyway. It fills newspapers. It creates discussion. And it is interpreted how you wish depending on where your bias lies.

With that in mind, perhaps the furore from some in the wake of an interview Andy Carroll has done with The Times today shouldn’t come as any real surprise. But really – an ex-player bombed out by a manager after failing to convince following a big money move, they’re never the most complimentary of people are they?

Yet – admittedly something witnessed through the twisted prism of Twitter – it seems for some an ex-player bombed out by a manager saying some pretty unremarkable things is good reason to be deeply concerned about Rodgers’ suitability to manage the club.

Carroll, he of 58 Liverpool appearances and 11 goals, saw fit to criticise Rodgers on the eve of his playing return to Anfield. The West Ham striker was farmed out initially on loan in August 2012.

He told The Times: “What he was saying to me and what was actually happening [were different things]. He was telling me one thing to my face, then I’d leave the training ground and he would ring me and tell me a completely different thing.”

Carroll claims he was told he would play “every week” up front with Luis Suarez only to be told over the phone when he got home that Fulham and West Ham were interested and the manager thought it was best he should leave.

The top-knot Geordie also cites an example when he claims he was told he would start at Hearts but ultimately didn’t even make the bench.

A fairly crucial line in Rory Smith’s piece reads: “The accusations regarding his treatment by Rodgers have not been substantiated by the Northern Irishman.” There are two sides to every story and on this we’ve heard only one. 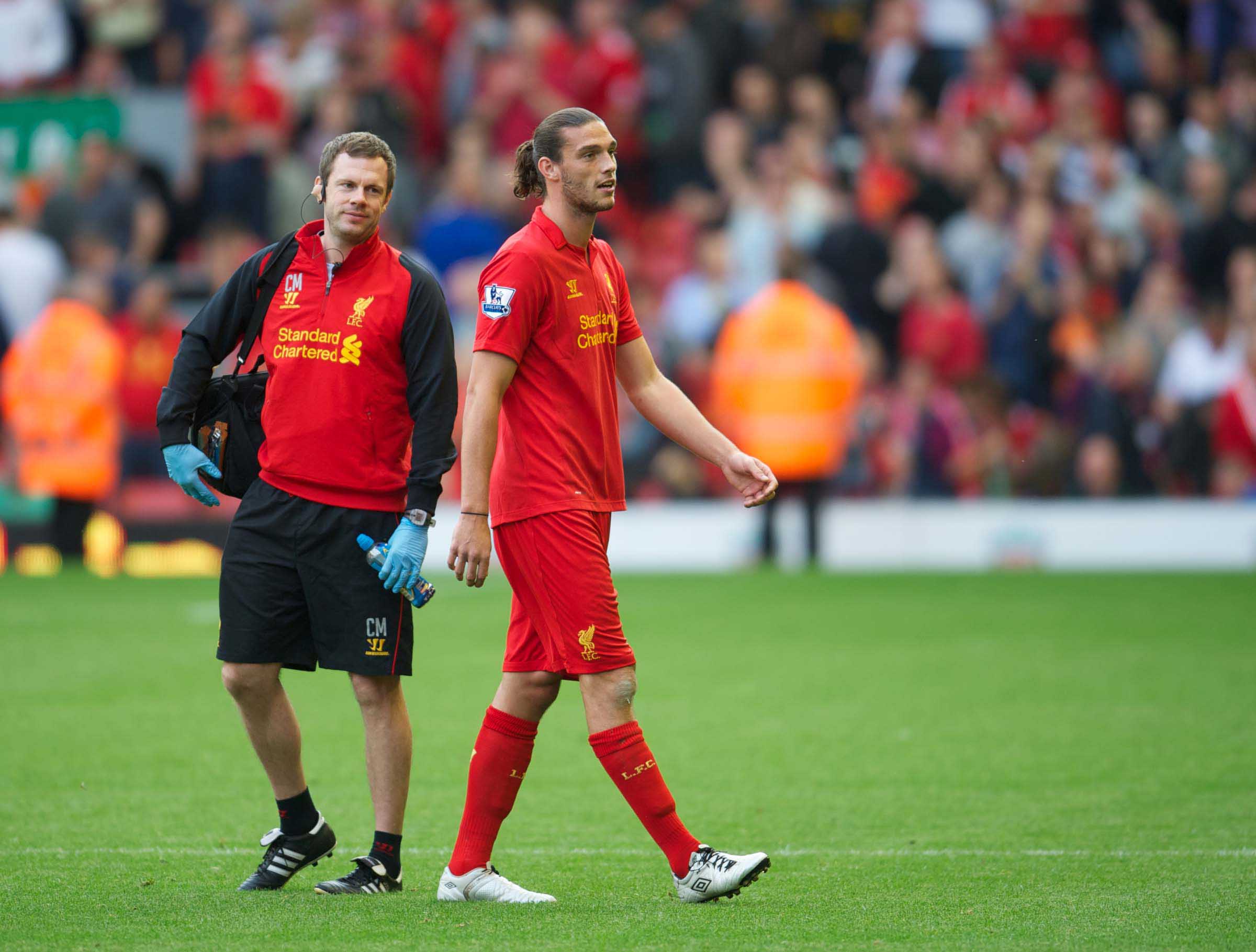 I’m not surprised that Carroll was pissed off that — in his eyes — he wasn’t given a fair crack of the whip. Even in public, Rodgers’ opinion on the player seemed to shift. But that happens. What is said in public and what happens behind the scenes are two distinct things. And perhaps it was as simple as an opinion changing. That should happen. It’s allowed. If it didn’t Jordan Henderson would no longer be a Liverpool captain in waiting. It’s called management. I’m not surprised that Rodgers has “lied”. The question is why Carroll being pissed off and Rodgers ‘lying’ are considered such a big issue.

Managers lie. All the time; it’s the nature of the beast. And not just in football. Has every manager you have worked for been 100 per cent honest 100 per cent of the time? Was that the case for everyone they worked with?

It’s a fact of life that if you ask a big group of people to work together relationships will differ. When Rafa Benitez had supposedly “lost the dressing room” a journalist who covers Liverpool – and spoke regularly to first team players – said he asked one what the players thought of the manager at that time. The answer was along the lines of  “some like him, some hate him, some aren’t bothered either way”.

I wouldn’t mind betting that reflects the situation at a big percentage of dressing rooms at all levels of the game.

Nobody needs reminding of the track records of Alex Ferguson or Jose Mourinho, yet – surprise surprise – they have been accused of lying. Roy Keane anyone?

Rafa Benitez said: “Football is one big lie. There are lots of things you can’t say in public. I know when one of my players has had a bad game, but I’ll never admit it to the press. I consider it my right and my duty to talk to the player who has underperformed in private and tell him where he went wrong and how to avoid making the same mistakes again. Otherwise, what is a coach for?”

Arsene Wenger has admitted lying to the press, even the late, great Bill Shankly, when asked how he would like to be remembered replied: “That I’ve been basically honest in a game in which it is sometimes difficult to be honest. Sometimes you’ve got to tell a little white lie to get over a little troublesome period of time.”

Returning to Carroll, Rodgers is unlikely to spill the beans on his side of the story anytime soon – and why would he? Anyone who works in PR will tell you that in doing so he would validate it – give it credence, present the image of a man who is riled by it. At the very least, in doing so he would give media outlets the world over the chance to run Carroll’s quotes all over again. No smoke without fire… And at the risk of stating the obvious, Carroll is a West Ham player. His story matters little.

Everyone is entitled to an opinion, it’s what makes it all so interesting. Mine is that I’ll reserve judgement on Carroll’s interview offering an insight into life under Rodgers at Anfield.

Was Carroll always the model pro while at Liverpool? Did he perform as he always should have on and off the pitch? In truth we don’t know because that information has remained behind closed doors and tight lips.

Was Carroll mistreated? Was Rodgers out of order? Or did situations simply change? Did the manager think he’d have to stick with him so he bigged him up accordingly? Did he then change his mind because he thought he could get him out of the door and someone else in?

It’s that kind of context Carroll’s story misses. Without it, it’s just a scorned player pissed off about a boss he didn’t like. And that never happens does it?

– “Houllier did what he had to do – I’m not the first person to be treated like a disposable commodity.” – Robbie Fowler

– “Training changed as soon as Houllier arrived … there was no enjoyment allowed. It was fucking miserable.” – Robbie Fowler

– “I didn’t want to be prized out and in the end I was. It hurt a lot when I left. You don’t sell someone who has scored 31 goals a season. Dalglish has never given me a reason for doing so and I was very bitter for some time.” – John Aldridge