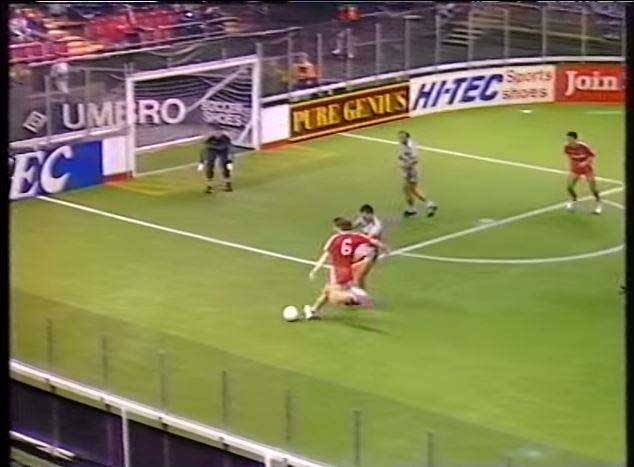 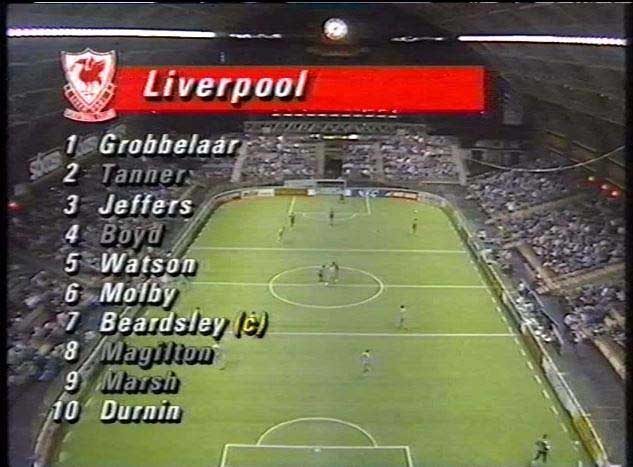 IN the context of modern day football it sounds ridiculous.

In a week not interrupted by games – remember them? – top-flight managers picked 10 players from their first-team squads and told them to dig out their trainees. They needed them, because they were off to a massive sports hall for a six-a-side tournament watched by a sell-out crowd with the TV cameras present, John Motson on the mic and Bob Wilson in the Sportsnight studio ready to pass comment.

It sounds like some kind of weird football incarnation of The Truman Show. But it happened. And it was no knockabout either. None of that walking pace back-slapping veterans’ stuff we see on the box now. This was full-twat: proper tackles, body checks, everyone wants to win footie. Money, a trophy and pride were on the line.

Try it now and managers would be in bits, sports scientists watching through their fingers and doctors pacing the sidelines like a father at the birth of his child. Imagine risking your multi-millionaire prize asset in a midweek sports hall.

And what would the pundits do? Analyse it for days on end? Behave.  That was one of the many appeals. Fuck tactics, preparation and professionalism; this was a back to basics game of footie. The fellas you watched at the weekend doing all the things you and your mates did at the leisure centre: leaving a foot in, shooting from miles out, not tracking back when knackered and generally getting a cob on when it all went wrong.

Some clubs took it more seriously than others, but in general your lads were pitched against many of those they faced week in, week out in the top flight – only this time the rules were different. Aside from the obvious – smaller goals, a narrower and shorter pitch, artificial surface – you always had to have a man in the other team’s half (the ‘sixth man’ rule). And if the goalie passed you the ball, you couldn’t pass back – or you’d end up in the sin bin.

Seven-and-a-half minutes each way, rolling subs and decent support from a suitably refreshed crowd completed the mix. It was all a bit ice hockey, but the Guinness Soccer Six worked while it lasted. And with the ball continuously in play, it was frantic stuff.

The added context needed is that watching players you idolised in action more than once a week was a novelty in the late 80s and early 90s. ITV’s Big Match and Match of the Day aside, telly got on with life largely without football. So when the game was on the box you cherished it — even if it was Nicky Tanner running around Manchester’s G-Mex Centre in grim trabs.

The idea first became reality in 1981 when Atari sponsored a pilot tournament for teams in the Midlands, with Birmingham beating Wolves in the final at the NEC.

The competition was judged a success and the Football League invited the rest of the First Division to enter.

By 1988 all 21 First Division clubs, plus Manchester City from the Second Division, were contesting the crown. Now sponsored by Guinness, that event had a total purse of £250,000 – with around £50,000 for the winners.

“There is a growing belief that indoor Soccer Six could well prove to be the growth sport of the 1990s,” claimed Trevor Phillips, commercial director of the Football League.

“It would be tempting to say that the eventual and logical extension of the tournament would be a European Cup for indoor football with the giants of the continent sending teams across to take part in Soccer Six,” said John Motson.

It didn’t quite work out that way. The tournament was fine while English teams were banned from Europe post-Heysel but once continental football returned, fixtures piled up and clubs were unwilling to risk star players, it was consigned to the history books when the tournament was cancelled in 1991.

The internet offers little in the way of an actual record of games and goals but as memory serves, Luton were pretty good – all that practicing on a plastic pitch no doubt helping their cause.

And as far as the Liverpool sides that appeared in it, the 10 named for a game with Charlton should give you an idea of how seriously the club took the games: Grobbelaar, Tanner, Jeffers, Boyd, Watson, Molby, Beardsley (capt), Magilton, Marsh, Durnin.

Molby played not long after his stint in the slammer, hence Motson’s surprise on the comms at the “slimline Molby”. Never mind trainees, big Jan should have took his slippers along. The shorter game was made for Rambo – a quick watch of the videos above will show you the same couldn’t be said of Mr Tanner.

I’m also pretty sure Carl Muggleton played in goal for us in some games, the keeper who later in his career conceded eight at the Britannia for Stoke when the Reds ran riot in the League Cup.

Funny how things come around.