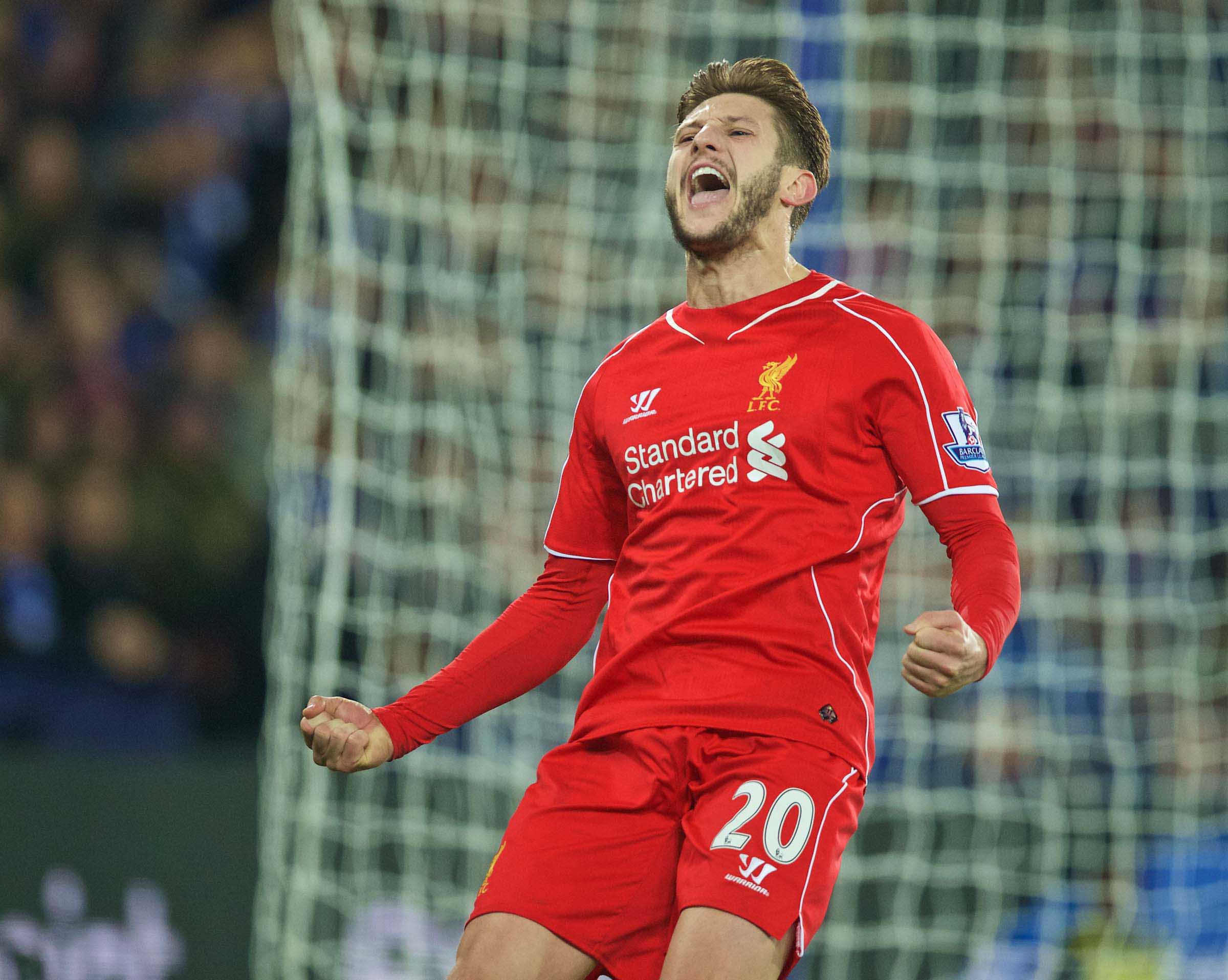 MADE up we won.

Because it means I can spend all of this article slaughtering Lee Mason without anyone saying it is because of the result.

I hate talking about referees. Hate it. It’s the thing you do when you don’t win and it is just whining. Normally you get what you deserve from football matches. Perhaps we didn’t here, perhaps we got more than we deserved. And on top of that we got a red card in our favour. So we won the football match, we got a big decision in our favour. There we go. Liverpool didn’t deserve to win. They won. There you go. There’s that bit. I hate talking about referees. It is rubbish.

Lee Mason is the worst referee I have ever seen.

Lee Mason isn’t biased. Lee Mason is just bad. Really, really, really bad at his job. He’s this bad at his job in front of crowds of thousands. In front of television audiences of millions. Can you think of anyone as bad at what they do on a scale as global as this? George Osborne aside obviously. I don’t think there has been a crop of English referees that has been as bad as this bunch. And yet Lee Mason stands out as clearly the worst of them. Lee, if you are reading this, I’m not being personal. You are probably a nice fella. This just clearly isn’t for you. There must be something else you can do. Just let it go, mate. I’m begging you. Let me make a few calls. I reckon you could get something pretty good in the council. Maybe the gas board. You’d be my guy. 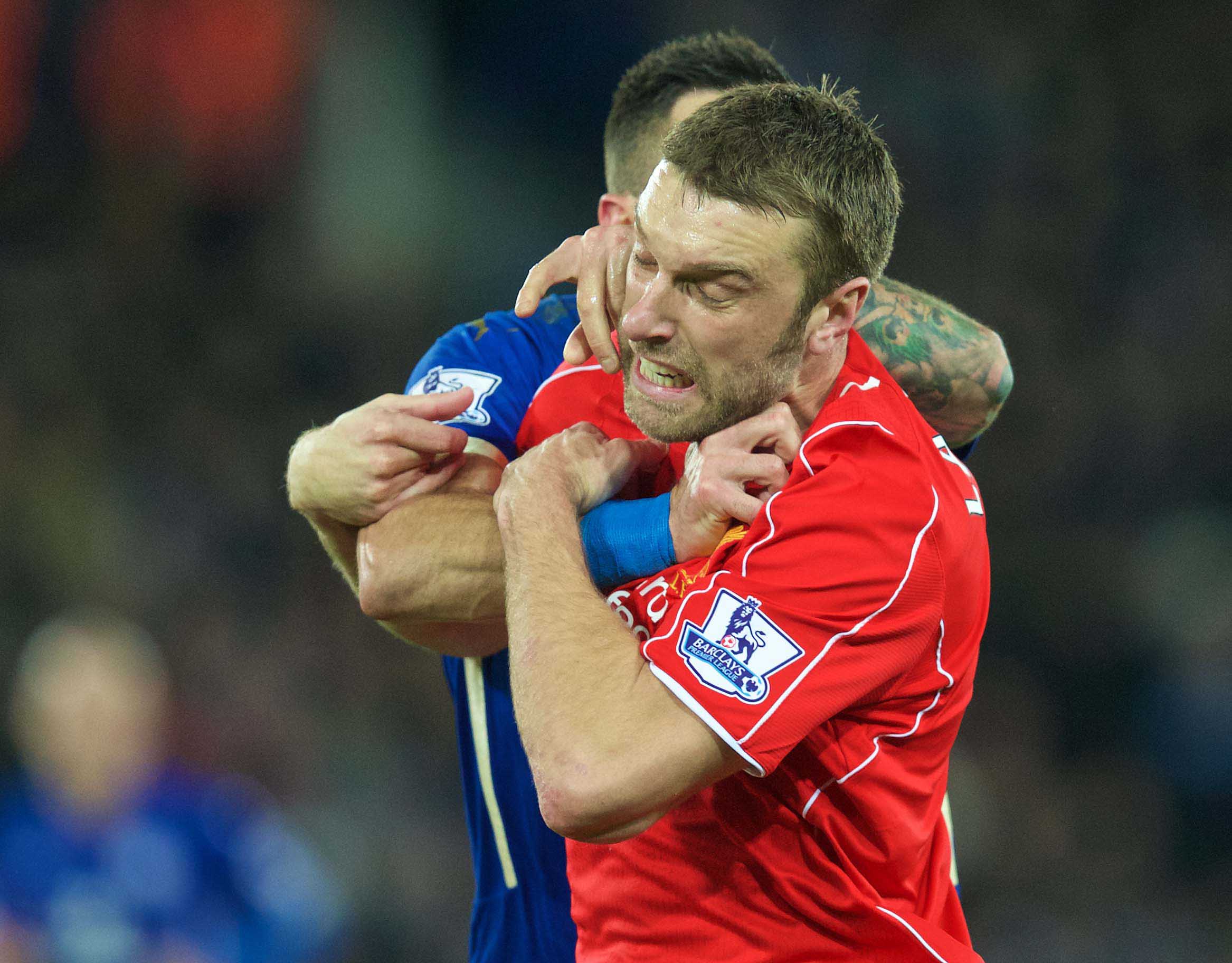 PAIN IN THE NECK: But not a foul according to Lee Mason

As for the actual winning football:

Lambo holding it in the corner against bottom of the league with a man sent off with two to go and two goals clear. Picture that. Dwell on it. That’s Liverpool performance right there. That’s it. In that it isn’t even the wrong thing to do. It isn’t bad as such. It’s just all a bit icky. Winning and icky.

Few Liverpool players played well – Lucas was, again, probably the best performer. Lambert put another stint in, set one up and got their lad sent off. Skrtel dealt with things as they came his way though rarely conventionally. Everyone else did well in flashes here and there but there were few things you’d describe as performances. But all showed gumption. Against poor sides being good for seconds can allow you to be poor for minutes. Liverpool proved that tonight. Gerrard, Sterling and Henderson especially. Leicester were direct and powerful, never more so than when they only had ten men. Like Liverpool they showed tonnes of fight, significantly less quality.

The shape was never great. Liverpool were too deep, too ponderous, too unsure of themselves. The goalkeeper doesn’t offer enough confidence to anyone. Moreno wasn’t great when he came on, he looked the nerviest he has in a Liverpool shirt. As for the manager, it would perhaps have been nice to see a change offering another outlet when Liverpool were a goal ahead and against ten men. However, he would say this – a win is a win is a win. He’d be right, but it also needs to be said that Liverpool will need to be better and soon. Basel and Manchester United on the horizon. Both will need Liverpool to be better all round than they were tonight. But a win is a win. A win always helps.

Sunderland next. Remember Sunderland last season? It was ugly. Very ugly. And that was last season. Last season it was desperate at times, Suarez blammed it against one of theirs with five to go like it was 14/15. This Saturday will very much be one to grin and bear as Poyet’s lads will be hungry and will know their gaffer can put a plan together that can keep anyone out.