WHY ALWAYS ME? ASK YOURSELF, MARIO 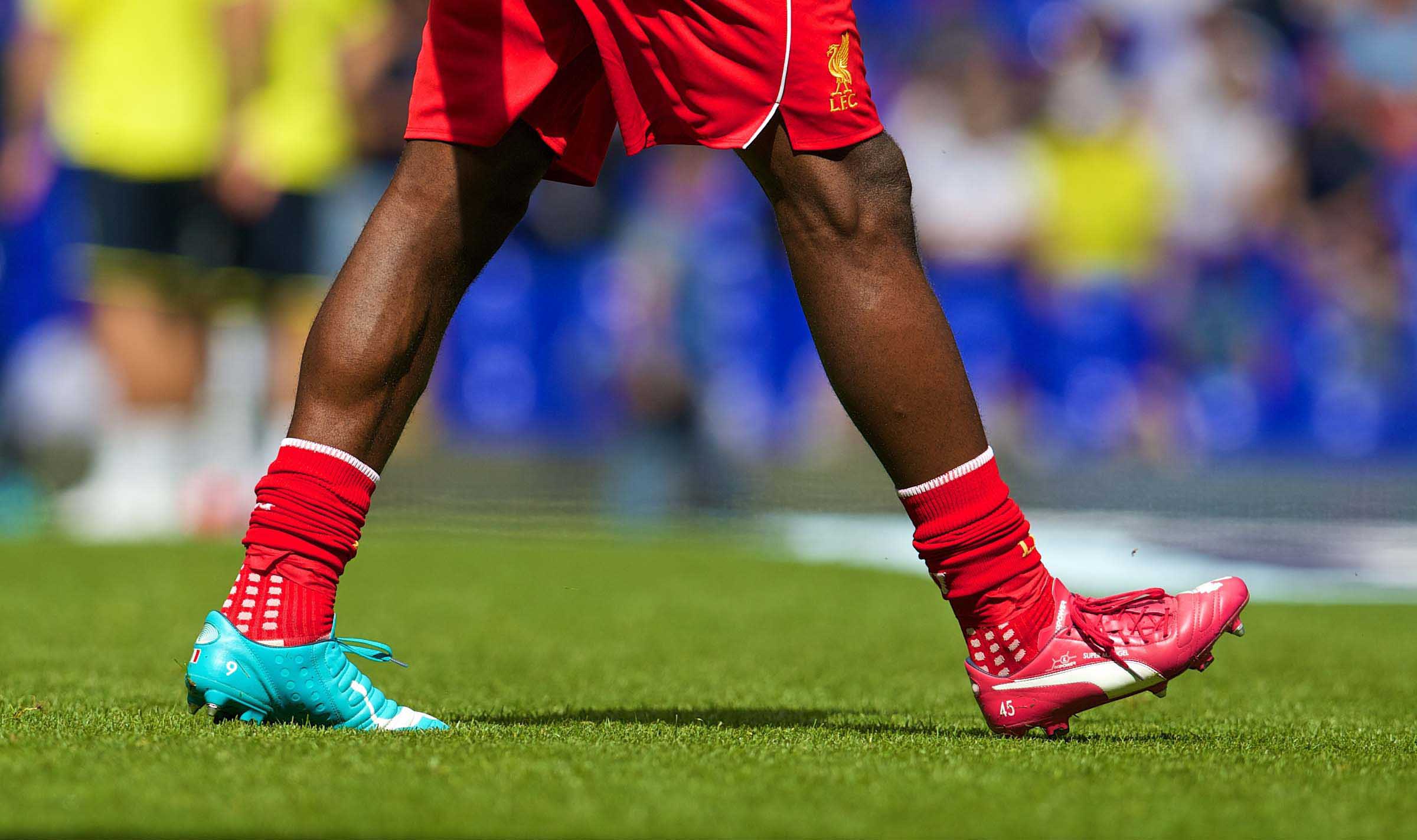 We reached a point not long ago when the weight of comment — much of it vapid — generated by Mario Balotelli’s arrival or non-arrival at Liverpool (take your pick) hit critical mass. Whatever the ongoing frustration, there was simply no point in throwing anything more at what is essentially a mystery/enigma. Up until his recent injury, at least, exasperation arose largely from his questionable form. Now, in his down time, his itchy fingers are ensuring that the only real impact he’s making continues to be off the pitch.

It would be nice to think that media coaching, or social media even, might make a difference, but you suspect it would have much the same impact on the mind of Mario as Brendan Rodgers’ coaching has on his play. And that’s not intended as a comment on Rodgers’ coaching ability — that’s a whole other slew of pieces. That his toe-curling Instagram post was actually made with the best of intentions would make you laugh, if it wasn’t so embarrassing. Fiona May, anti-racism advisor to the Italian Football Federation –she must be busy — almost nailed it when she said she’d like to “find out who he really is, because he’s just a kid – he hasn’t grown up yet.”  She can run a blue pencil through the ‘yet’ in that sentence. With Balotelli now 24, no one should be holding their breath.

You’d like to imagine he’d know better by now, if only to realise just how such a post might play out and what the consequences might be for his employers. Here, though, we cross the threshold and venture into another world. Welcome to where Mario lives. He’s no racist, of that there can be no doubt. But it’s possible not to be so and yet still be guilty of using racist language. In attempting to make an anti-racist statement he’s managed to clumsily evoke and reinforce not one but a number of the most banal stereotypes.

I apologize if I’ve offended anyone. The post was meant to be anti-racist with humour. I now understand that (…) pic.twitter.com/UlNeNlEz9M

Is it simply a question of intent, then?  Perhaps, but there’s a larger question of responsibility. His initial reaction — his true one, before the apology most likely made after a word or two in his ear — was to chide those who dared pipe up with a critique. What was he thinking?  (Or should that be ‘was he thinking?’). That having a Jewish adoptive mother offered a cloak of protection, as though the presence of those from ethnic minorities among your friends and family granted you points?  Having an Irish mother doesn’t, so far as I’m aware, give me a free pass to re-run cliches we’re thankfully close to forgetting. I’m all too aware of the ‘no Irish, no blacks, no dogs, no Jewish’ approach among landlords and employers that stymied her progress on arriving here in the fifties to think that would be anything but prehistoric, whatever my intentions.

( my Mom is jewish so all of u shut up please)

Football, to its credit, takes a lead in the fight against racism. To mix up the sporting metaphors, it’s on the front foot. And sadly, it’s all too evident that there’s a pressing need to remain proactive on the issue. Whilst we seem to have learned what is acceptable and unacceptable to say in polite society, and even in occasionally less polite company in and around football, we seem to have been a little slower in learning what is acceptable thinking. And with good reason. Who is to be charged with the monitoring or influencing of what people think?  Insert Orwellian cliche of choice here.

The anonymity granted to users of social media has, unfortunately, allowed for the mass leakage of attitudes that are clearly unpalatable in society.  There’s an argument, recently made by Paul Mason in The Guardian — and a strong one in my view — that it might perhaps be best simply to allow people to be offensive if they so wish.  Monitoring and regulation of thought and language may simply be counter-productive, inasmuch as it will reinforce the views of bigots who will naturally resist control. Better perhaps to fight the good fight through our response, and lead the way by setting the example. Better to suggest what people ought to think rather than tell them what they can’t think. And just whose job is it anyway to police the online activity of a celebrity footballer?  The FA?  His club?

In terms of punishment, on balance it’s probably best to let this one go. Balotelli’s not guilty of any kind of intent in any case.  How can he be, when he clearly didn’t think? I’m tired in any case of sounding like a severe parent censuring an errant child, but he will keep trying you.  What’s best is that he learns. But I don’t envy the person charged with teaching him the lesson.

It would be churlish to take issue with the player expressing his opinion, particularly when he’d done so in the hope of enlightening us, but I find it harder and harder — just as many of his previous employers did — to shrug it off with a cheerily exasperated ‘that Mario, eh?  What can you do?’ Stop me if you’ve heard this one before but Rafael Benitez, had he managed Balotelli, might have described him as lacking in ‘game intelligence’. Sadly, his lack of intelligence seems to extend beyond the touchline.  There are far less charitable ways of putting it.

‘Why always me?’ might actually be the right question. But why is he asking us?  He might be taking a step in the right direction if he asked himself.