ON THIS DAY: BEARDSLEY GETS A KISS FROM A MAN WEARING A BLUE STRIPED SHIRT 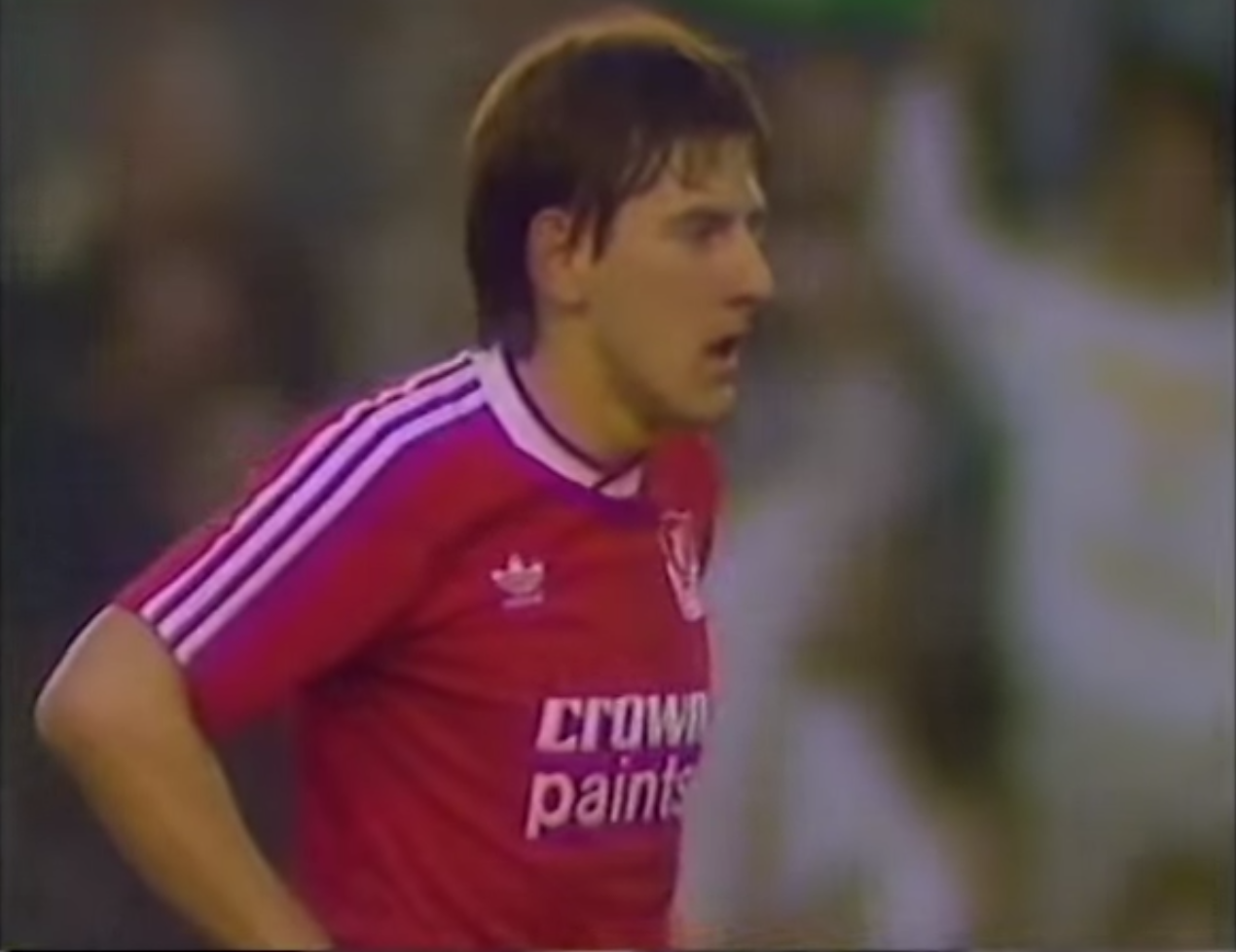 “Oh, and he gets a kiss for it! From a man incidentally wearing a blue-striped shirt!” The commentary is almost as memorable as the goal – a sublime Barnes backheel in the build up, McMahon’s centre and the ball, via Aldridge, falling to Beardsley, who smashes it in off the bar past a flailing Neville Southall.

It was champagne football from a Liverpool side still hailed now as one of the most entertaining of all time.

That 2-0 home derby win 27 years ago today – Steve McMahon scored the first – came just four days after Colin Harvey’s Everton had triumphed at Anfield in the Littlewoods Cup; a deflected Gary Stevens goal in the 83rd minute winning it for the Blues. That game was watched by a full-house at Anfield – and 30,000 more filed into Goodison Park to watch the game on a big screen.

Kenny Dalglish sent out the same side again in the televised league clash (nice leather, Jimmy Hill by the way) and this time around Everton were undone by Barnes, Beardsley and McMahon. Digger’s contribution to the Beardsley goal is well remembered, but it was the winger that also intercepted a pass from Snodin and instantly released McMahon for the opener.

Aldridge also had a goal ruled out for offside before Beardsley’s moment of genius arrived.

Dalglish said Liverpool had “not played at all” in the cup defeat. So on Barnes’ contribution in this game, a pat on the back from the manager? More a shrug of the shoulders and a nod of the head, and certainly not an overstatement.

Dalglish said: “It was not Barnes’s best game or his most entertaining display but he contributed to both goals and that is what you are judged on.”

Liverpool went on to win the league that season, remaining unbeaten at Anfield in the league all season as they chalked up 90 points and 87 goals to win it by nine from closest challengers Manchester United.

Everton finished back in fourth on 70 points.

There was also revenge for the Derby cup defeat, as Liverpool crossed Stanley Park to knock Everton out of the FA Cup in the fifth round. A crowd of 48,270 watched at Goodison Park for another televised showdown that saw Ray Houghton head the only goal of the game from….yes, a Barnes cross.

It was the season too of the infamous win over Forest in the middle of April. “You couldn’t see it bettered anywhere, not even in Brazil,” was Sir Tom Finney’s verdict.

Beardsley went on to finish as second top scorer that season, firing 18 goals – 15 in the league – and topped only by John Aldridge, the Reds’ top scorer in 87-88 with 29 – 26 of them in the league – to make the £750,000 Liverpool paid to acquire his services from Oxford money well spent. Barnes also weighed in with 17 goals, 15 in the league.

It goes without saying that the cup final didn’t go to plan, but, that aside, it was a season to remember, not least for Beardsley’s Derby goal. 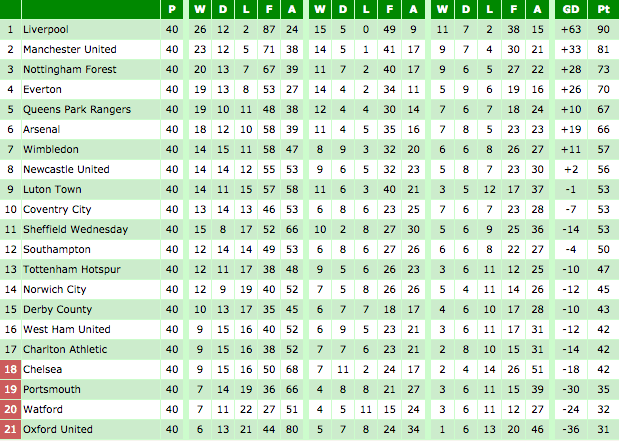